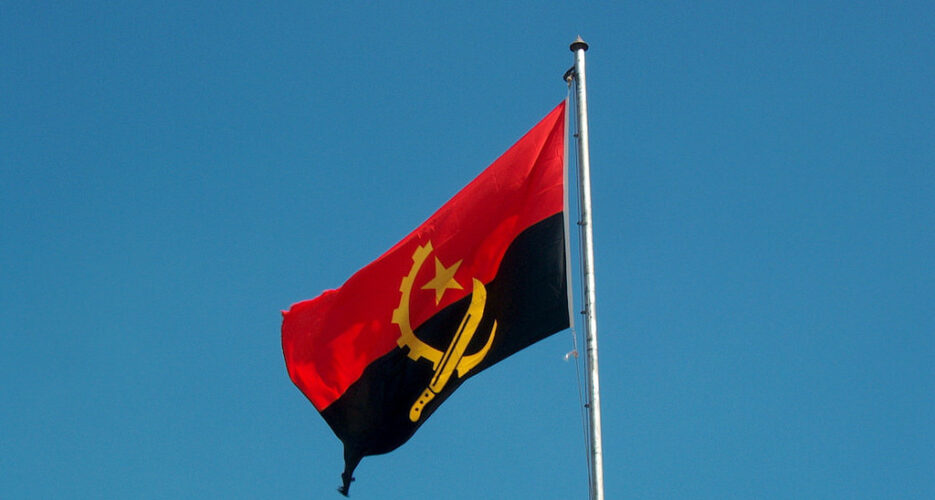 Angola recently terminated “all contracts” with North Korea’s Mansudae Overseas Projects (MOP) company on the orders of the Angolan President, the country said in a recent implementation report.

The Angolan Minister of Construction reportedly sent a notice of the termination of all contracts between Mansudae Angola, a subsidiary of the MOP and the government of Angola.

The minister made the decision on the orders of President João Lourenço.

The Mansudae Angola Group reportedly had “all activities” in Angola suspended on November 13 last year, with the entity’s workers and employees being “invited to leave” the country.

MOP was blacklisted in Resolution 2371 in August 2017 in the aftermath of the North’s two test-launches of an intercontinental ballistic missile (ICBM) the previous month.

The company has long engaged in construction-related projects in Africa, building statues and monuments for ideologically-sympathetic states.

MOP worked on the Agostinho Neto Mausoleum in Luanda – a tribute to Angola’s first President.

The group – which is also known as Mansudae Art Studio  – has been reported to run business in Africa and Southeast Asian countries including Algeria, Angola, Botswana,  Equatorial Guinea, Malaysia, Namibia, Syria, and Zimbabwe.

The UNSC reports came two months after Angolan Minister for Foreign Affairs Manual Augusto announced that the country had deported dozens of North Korean workers from its territory.

The report also said that an “embargo on small arms and light weapons and the ban on the transfer of all types of goods” to Pyongyang has been extended, with food and medicines as exceptional cases.

“Angola has not imported any small arms or light weapons from the Democratic People’s Republic of Korea in recent years,” the country said, echoing July 2016’s implementation report.

One expert said the move marked a significant shift in the relations between Luanda and Pyongyang, with the two having maintained close relations since the 1970s.

“North Korea has had a long history of involvement in Angola that stretches back to the civil war when Pyongyang at separate times of the conflict supported three different warring sides of the conflict,” Benjamin Young, a Ph.D. candidate in modern Korean history at George Washington University told NK News.

“So, the termination of Angola’s agreement with Mansudae is not just a break in economic ties but a deeply significant break in a historical relationship between the MPLA and the DPRK,” he added, referring to Angola’s longtime ruling party.

The last visit made by a senior North Korean official to Angola was reported by the North’s state-run Korean Central News Agency (KCNA) to have taken place in June last year.

A delegation led by Ho Yong Bok, a foreign ministry official, visited the country with the reported intention of increasing cooperation in areas of public health, construction and IT.

Pyongyang and Luanda maintain bilateral cooperation in military and security issues, however, with Pyongyang reported to have provided arms to the Angolan Armed Forces and security support to the country’s presidential guards.

In August, the UN Panel of Experts (PoE) said it had continued its investigation into North Korean diplomats based in Luanda working on behalf of Green Pine Corporation – a suspected arms trafficker – named as Kim Hyok Chan and Jon Chol Yong.

Kim was said to be responsible for the refurbishment of Angolan naval vessels as the UN-blacklisted company’s representative, with the two men having “traveled from Angola to Sri Lanka in a failed attempt to sell naval vessels.”

Angola said it was “was not necessary to expel any DPRK diplomat from the country” in its 2016 UNSC implementation report, arguing that they didn’t pose a “threat to national security and were not outright affected by any of the provisions of resolution 2270.”

U.S. Secretary of State Rex Tillerson in November called for African nations to take additional measures to pressure the DPRK by downgrading their diplomatic relations with Pyongyang, urging them to sever economic ties and expel all North Korean laborers.

The West African state of Equatorial Guinea last week said its government would inform all companies with ties to North Korea that they must cease their relationships, while Sudan has also reportedly cut military ties with the DPRK.

UNSC resolution 2321 also called on member states “to reduce the number of staff at DPRK diplomatic missions and consular posts.”

Angola recently terminated "all contracts" with North Korea’s Mansudae Overseas Projects (MOP) company on the orders of the Angolan President, the country said in a recent implementation report.