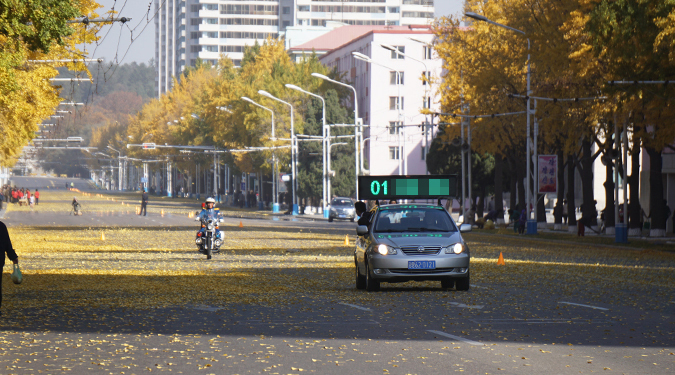 Pyongyang held its inaugural Autumn Amateur Marathon marathon event on Sunday, but the event was marred by extremely poor levels of participation, foreigners present in the city during the event told NK News.

Over a thousand foreigners participated in April’s marathon, which has become one of the most popular events on the North Korea tourist calendar each year and includes dozens of professional-level runners from around the world.

While CEO of the U.S. based Uri Tours agency Andrea Lee said in August that more locals would be expected to participate in the October marathon than the better-known April race, multiple photos provided to NK News on Sunday showed empty roads.

State media outlet the Korea Central News Agency (KCNA) reported on Sunday that “240 male and female runners from the DPRK, Netherlands, Sweden, the Czech Republic, UK and other countries competed in marathon, half marathon and 10km race and 5km race.” 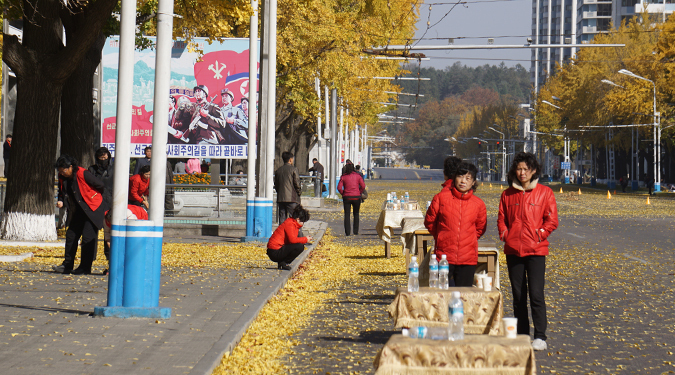 Those on the ground reported seeing few participants.

“You could hardly tell there was an event going on,” said one attendee on condition of anonymity. “We only saw four runners in total, but I guess others were on other parts of the various tracks.”

Simon Cockerell, General Manager of the Beijing-based Koryo Tours, which took a lead in promoting the April marathon earlier this year, cited the low attendance as being due to “a very low number of foreign runners took part and the event doesn’t have the fame of cache among locals as the April Marathon.”

Poor timing, a lack of promotion, and confusion about the purpose of the second marathon event all appear to have put a dampener on the October race.

“This Marathon isn’t an IAAF supported event, unlike the Mangyongdae Prize Marathon in April, the course is different and lacks the stadium start and finish as well as the festive atmosphere,” Cockerell explained.

“I don’t know if it will happen again as we focus on the main Pyongyang Marathon instead, the best opportunity for interaction and engagement – more necessary than ever at a time when too much isolation is being embraced from all sides.”

Another agency, however, welcomed the event.

“It’s great to see more sporting events being held and allowing amateur foreign visitors to partake and compete along side other amateur locals,” said Rowan Beard, a tour leader at the Young Pioneer Tours agency. 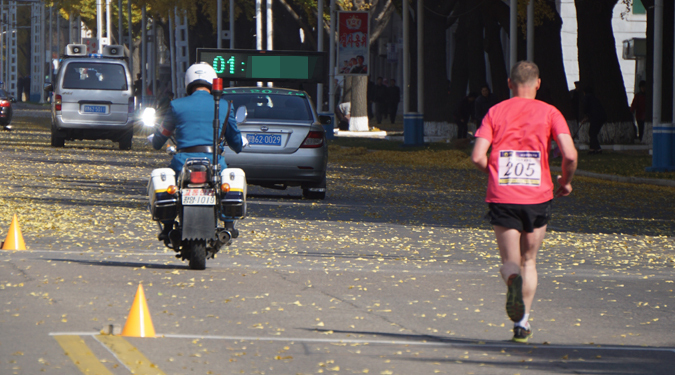 The April Pyongyang Marathon, known officially as the “Mangyongdae Prize International Marathon,” has been running for more than 30 years. Amateur runners have been allowed to participate since 2014.

U.S. citizens are now banned by Washington from participating in any events in the DPRK, due to a travel ban announced by the State Department on August 1 which came into effect on September 1. Journalists, aid workers and individuals heading to North Korea to represent U.S. national interests, however, will be exempt from the ban.

All images credit to NK News

Pyongyang held its inaugural Autumn Amateur Marathon marathon event on Sunday, but the event was marred by extremely poor levels of participation, foreigners present in the city during the event told NK News.