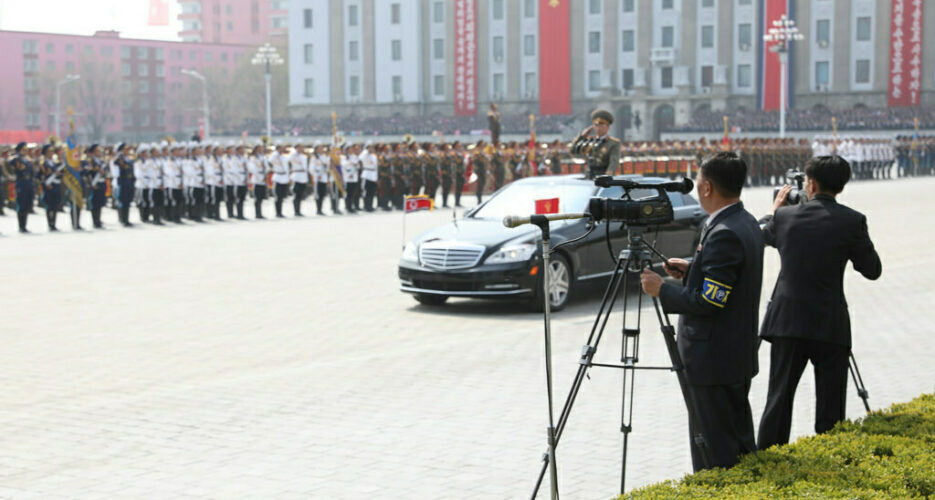 Kyodo News Agency on Thursday defended the legality of its bureau in Pyongyang, amid reports in Japan suggesting the company’s activities in the DPRK represented a “loophole” in Japanese unilateral sanctions against the DPRK.

The comments come in response to a report in the October issue of Japanese monthly magazine Sentaku, which investigated Kyodo News’s remittances to North Korea and the editorial independence of its bureau.

“The Pyongyang Bureau is a news-gathering base necessary for our activities,” a Kyodo News spokesperson told NK News. “We operate the bureau lawfully.”

Kyodo, a non-profit and one of Japan’s leading news agencies, was permitted to open a Pyongyang bureau in September 2006, the first and only Japanese outlet to have so far been given such permission by North Korean authorities.

The outlet reportedly pays about 100 million yen (USD$890,000) per year to North Korea to maintain its Pyongyang bureau on necessary expenditures.

Japan’s Foreign Exchange and Foreign Trade Act regulates the transfer of money and goods from Japan to the DPRK and outlaws remittances to North Korea except for those made for humanitarian purposes and that do not exceed 100,000 yen ($890.80) in size.

The outlet does not have a Japanese correspondent resident in the city: instead, a Kyodo correspondent in Beijing serves as the Pyongyang bureau chief and visits Pyongyang about once a month bringing hard currency, the magazine said.

Like all foreign reporters in North Korea, the correspondent is subject to very strict supervision and close scrutiny by the authorities. Interviews with North Koreans are permitted, but locations and interviewees are always been prepared in advance.

These restrictions and close ties with DPRK authorities – as well as the high maintenance costs – have also reportedly led to internal opposition in the company, allegations that Kyodo would not comment on.

One Japanese sanctions expert defended Kyodo’s coverage, however, saying that while its journalists in North Korea were likely subject to “pressures” from authorities, he felt their journalism was fair and balanced.

“They are long-term North Korea watchers whom I respect,” Katsuhisa Furukawa, who served on the UN Security Council Panel of Experts on North Korean sanctions, told NK News. “I also do respect their work which provides an informative and balanced assessment of the DPRK situations.”

While stipulating that he had not read the Sentaku article, Furukawa said that the Japanese government had “officially confirmed” the legality of the Kyodo bureau in a recent session of Japan’s Diet.

Since 2006, Kyodo News Agency has been one of only a few foreign news organizations with a full-time bureau in North Korea. Among these are Agence-France Press (AFP) and the Associated Press (AP).

The AP bureau has not been without controversy: an NK News investigation in 2014 revealed that the company had potentially agreed to guidelines that gave the North Korean authorities significant control over what the bureau could publish.

A draft agreement between AP and KCNA obtained by NK News, for example, stipulated that the U.S. news agency would be involved in the “worldwide distribution of policies of the Workers’ Party of Korea,” with one source saying it was “basically impossible” for AP to not serve as a mouthpiece for the government.

AP has denied these claims, with management insisting that the bureau does not “submit to censorship,” although bureau chief Eric Talmadge admitted to NK News “the gap between what we would like to do and what we are able to actually accomplish remains significant.”

Like Kyodo, AP has several North Korean staffers – another source of controversy given the close links between the DPRK’s foreign news bureaus and KCNA, which is subordinate to the ruling party’s Propaganda and Agitation Department (PAD).

PAD is designated under international sanctions against the DPRK, with a State Department report published in February saying the PAD controlled all media in the country, “which the government uses to control the public.”

Journalists working in North Korea face heavy restrictions. As is the case with all foreigners in the DPRK, they are accompanied by government-hired minders at all times and travel is heavily restricted.

Kyodo News Agency on Thursday defended the legality of its bureau in Pyongyang, amid reports in Japan suggesting the company's activities in the DPRK represented a "loophole" in Japanese unilateral sanctions against the DPRK.The comments come in response to a report in the October issue of Japanese monthly magazine Sentaku, which investigated Kyodo News's remittances to North Korea and the