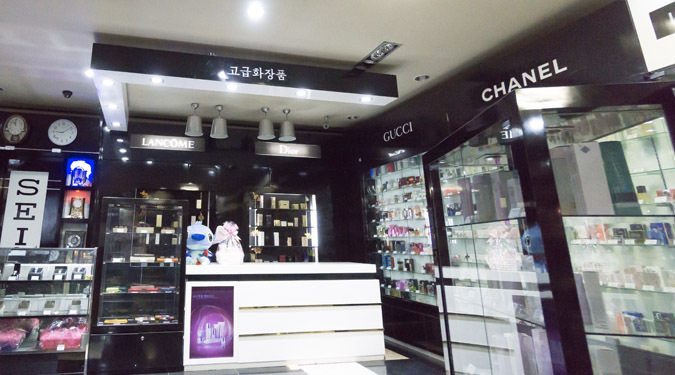 Update at 1134 KST, 07/18: This article was amended to include a response from Montblanc’s French parent company, Compagnie Financiere Richemont, which originally only appeared in the Pro version. It was further updated to emphasize that OCN declined to answer questions by email or phone surrounding the case.

A Singapore-based company named OCN (S) Pte Ltd has reported links to North Korea’s Office 39 and is said to be involved in the import of sanctioned luxury goods to the country, an investigation by NK News’s partner site NK Pro showed on Monday.

“This service is only for royal class people,” a former North Korean official with knowledge of the issue told NK Pro. “North Korea doesn’t care if commoners get problems. But if someone exposes it, and the royal class can’t import, then that’s a problem.”

In what are reportedly known by locals as the “Singapore Shops,” photos exclusively obtained by NK Pro reveal imported items ranging from Gucci, Chanel, Prada, Burberry, and Montblanc, as well as Japanese brands like Sony, Panasonic, Yamaha, Seiko, and Pokka, for sale. There are flat screen TVs, laptops, jewelry, and cameras on display, as well as cosmetics and hair products from Lancôme, L’Oreal, and Vidal Sassoon.

Unilateral Japanese sanctions bar any direct exports to North Korea at all. On top of UN Security Council sanctions on certain luxury goods and Singapore’s own definition of which goods are forbidden, the presence of many of the items spotted in these shops appear to be violations of national and international regulations regarding luxury goods and the DPRK.

The two stores, known as the Puksae Shop and Pottongang Ryugyong Shop, are believed to be joint ventures between North Korea and OCN and are both tucked far away from tourists.

Among the many luxury brands in the two OCN linked shops, one of the most notable is Montblanc, which has dedicated sections in both outlets that offer high-end watches, belts and wallets, among other items.

One Montblanc watch seen at the Pothonggang Ryugyong had a price tag of 460,000 Won: more than $4,300 at North Korea’s official exchange rate, used to calculate prices in foreign-currency shops such as these.

Despite its extensive in-store presence, Richemont Luxury, the Singaporean arm of Montblanc’s French parent company, Compagnie Financiere Richemont, insisted it had “no commercial relationship” with OCN or any of its related entities.

“Sanctioned Countries is an area which Richemont takes seriously,” a Richemont spokesperson told NK Pro in an emailed statement. “Richemont does not sell Montblanc products (or any other Maison products) in the North Korean territory. The imports you are referring to could be linked to grey market activities and/or involve counterfeited products.”

Three sources with direct knowledge of the situation said OCN also acts as an importer for other vendors in the DPRK, with one claiming it supplies Pyongyang’s Koryo and Yanggakdo hotels with high-end alcohol and goods for sale at shops and bars within the properties.

One Seoul-based expert said that North Korea’s growing private wealth – as well as high-level corruption – could be fueling OCN’s alleged business inside the North Korea.

“North Korea is such an exhibitionist society, and people with money tend to show off their power and wealth by consuming expensive goods,” Dr. Lim Eul-chul, a professor at the Institute for Far Eastern Studies (IFES) of Kyungnam University told NK News.

“Not all the products are for personal use, but high-level officials purchase the goods for bribes. As [the luxury goods] have a certain purpose, there are a lot of supplies.”

Lim described the phenomenon is the “peak of the capitalism.”

“[North Korean leader] Kim Jong Un believes that practical interests are more significant [than ideology]. This is no different from the consumption trends and tendency toward extravagant capitalism that [North Korea] denounces,” Lim said.

The man in charge appears to be Ng Kheng Wah, who is the common thread running throughout the entities uncovered in the NK Pro investigation. Ng, who goes by “Leo,” lives in a gated property in Singapore’s exclusive Caldecott Hill Estate section.

OCN declined to answer numerous inquiries about its corporate structure, review claims made by sources in advance of publication, or discuss the nature of its links to Pyongyang by phone or email.

As a result, it was not clear to what extent Ng has direct knowledge of what sources told NK Pro surrounding OCN’s ongoing activities in the DPRK. 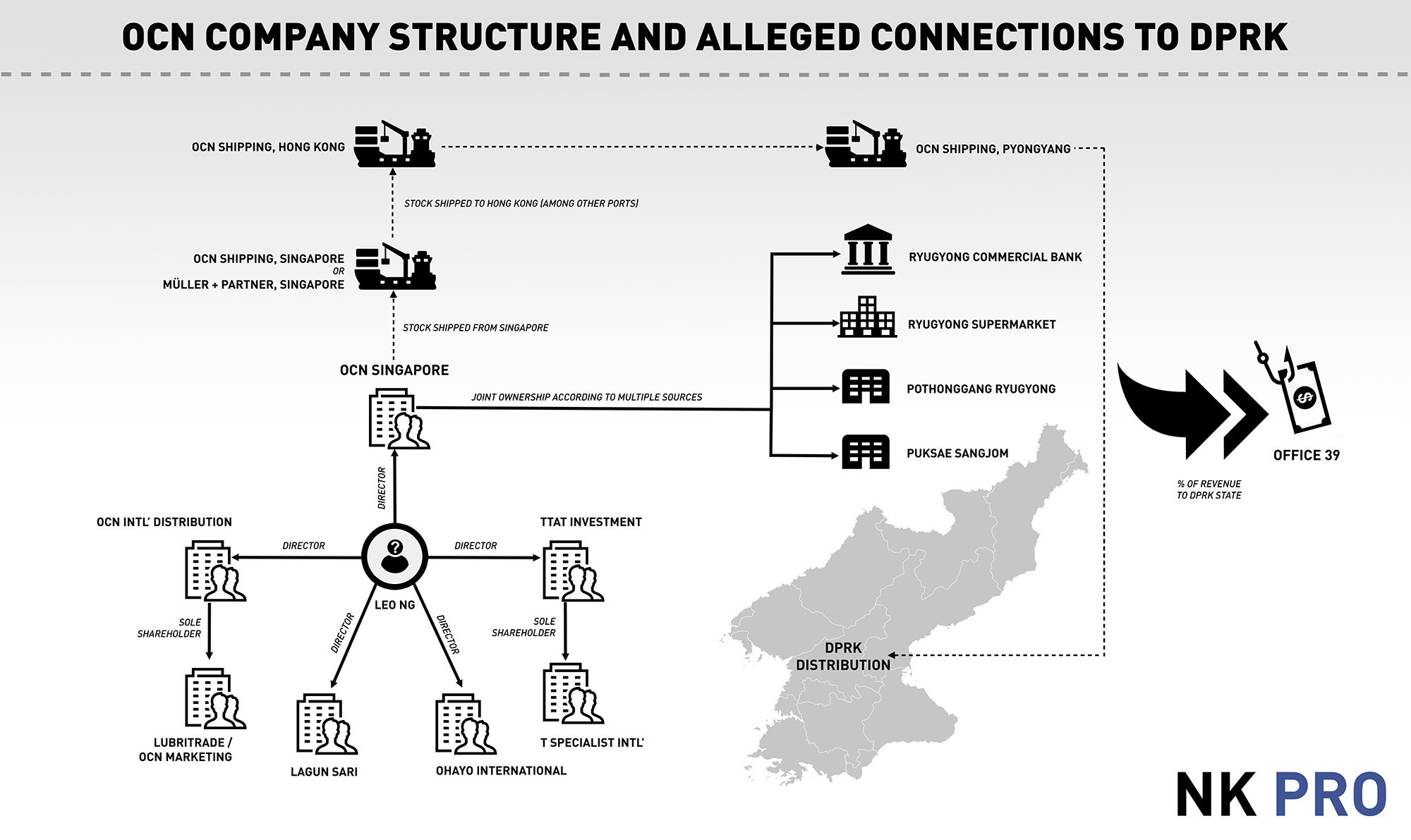 Keeping elites happy with designer clothing and expensive alcohol and tobacco has long been known to be a key means through which North Korea’s leadership maintains its tight grip on power.

The labyrinthine network reported today by NK Pro shows the lengths Kim Jong Un may have gone to maintain this.

Update at 1134 KST, 07/18: This article was amended to include a response from Montblanc's French parent company, Compagnie Financiere Richemont, which originally only appeared in the Pro version. It was further updated to emphasize that OCN declined to answer questions by email or phone surrounding the case. A Singapore-based company named OCN (S) Pte Ltd has reported links to North Korea's