The 1967 speech that set North Korean totalitarianism in stone
Today marks 50 years since a speech by Kim Il Sung which would define the DPRK forever
Fyodor Tertitskiy May 24, 2017 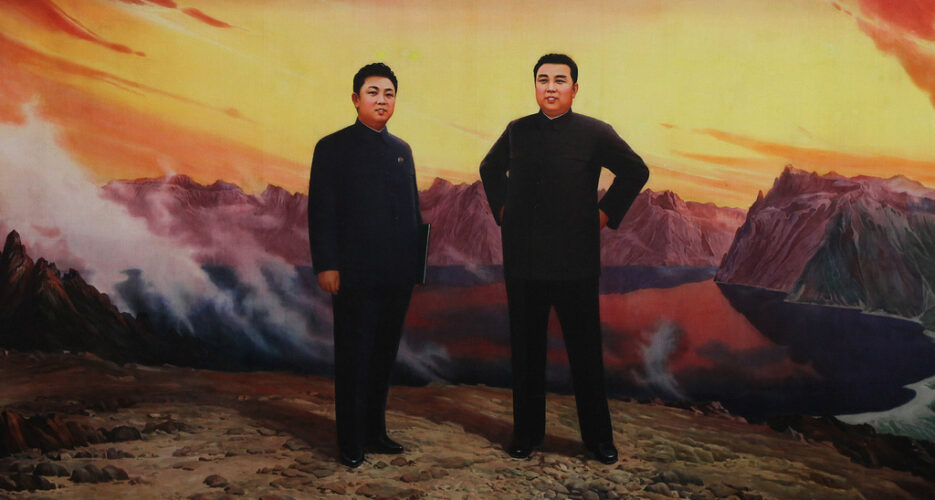 Thursday, the 25 May 1967 was an ordinary day for most countries. In the United States, President Lyndon Johnson met with Secretary of State Dean Rusk. The Vatican, then under Pope Paul VI, published new instructions “On Eucharistic Worship”. In the UK, John Lennon’s psychedelic Rolls-Royce was delivered after a redesign.

And in North Korea, Kim Il Sung delivered a speech. It was, of course, authored by him, and it was named “On the Immediate Tasks in the Direction of the Party’s Propaganda Work”.

Despite this underwhelming title, this may have been the most important speech he ever gave, a culmination of a process begun earlier in April with the proclamation of the Monolithic Ideological System at the Central Committee’s XV Plenum in April. Later, this strange term – the “Monolithic Ideological System” – would become an official euphemism for North Korea’s unique style of totalitarianism.

Most of what we know about North Korea today came to life in 1967: travel permits to visit neighboring counties, a ban on foreign (not just capitalist, all foreign) media and books, the quasi-caste songbun system, the personality cult, grotesque even by Stalinist norms: it was all born then, 50 years ago.

The speech itself remains restricted. From what I have heard, only Party members can access it and it is almost certain that no intelligence service has managed to steal a copy. The speech’s name was mentioned until the early 1970s – and even then the name itself vanished from official DPRK publications. Under Kim Jong Il, however, it resurfaced again, and a detailed retelling can be found in an official biography of Kim Il Sung published in 2008:

In the speech given on May 25th of the 56th year of Juche era (1967), the Great Leader said that the ideological poison of the bourgeois and revisionist elements are bourgeois ideology, revisionist ideology, ideology of flunkeyism, and the feudal Confucian ideas of Confucius and Mencius and showed that these ideas are the root of their core ideology. This ideological venom was left unattended for several years and thus the struggle to cleanse it off will also take a long time and must be conducted steadily and vigorously. The Leader taught that in this struggle we should be cautious about administrative methods and thoroughly accomplish the merging of the ideological education and of the ideological struggle.

The Great Leader divided the followers of the bourgeois and revisionist elements into several categories and set up the guideline that that since we had failed to properly establish monolithic ideological system of the Party and the revolutionary worldview, those who had thought that everything had commanded by the leadership was right and had been blindly following [the factionalists] must be thoroughly educated and those who were wavering ideologically and had been dancing to their fiddle should be reformed through ideological struggle.

The Great Leader instructed all the cadres and the Party members to learn well about the nature and the harmful consequences of the bourgeois and revisionist elements’ criminal activity and their cunning tricks, and to fully understand the necessity, nature, assignments and methods of implementation of the monolithic ideological system of the Party.

The Leader’s instructions were duly implemented. His biography was now to be taught as a separate subject, his works were to be quoted in every text and suspicious elements, divided into several categories, were to be purged.

If we look at the international background that preceded 1967, we can see that North Korea was increasingly isolated. In the early 1960s, the DPRK had completely terminated its special relationship with Moscow, with the Soviet embassy no longer being informed – let alone consulted – about important decisions.

After Mao Zedong launched his Cultural Revolution, Pyongyang, which saw the pogroms by the Red Guards as madness, immediately distanced itself from Beijing. The two allies became antagonists and, when the PRC discussed border demarcation with North Korea, Pyongyang was even threatened with the use of arms.

In 1968, with the North Korean assassination attempt on Park Chung-hee and the capture of the USS Pueblo, the situation would continue to escalate. North Korea announced total mobilization: demobilized soldiers were sent back to the army and civilians were to attend regular military exercises. This DEFCON 2-style atmosphere of impending war lasted until early 1970, when North Korea normalized relations with China and signed a de-facto non-aggression pact with South Korea.

Looking at all this, it would be tempting to see the 1967 speech as emergency measures simply becoming law, and the feeling that at a certain level Kim Il Sung was if not a normal, but a least an understandable, human being: human beings tend to react like this to extreme circumstances.

But further study proves that the cult of personality and the attempt to establish a totalitarian system were planned well in advance.

As early as in 1963, publications of the Association of Korean residents in Japan (known as Chongryon) began praising Kim Il Sung to an absurd level. Basically, the Association was a testing ground for the new order before it was proclaimed in North Korea.

Kim Il Sung probably never truly believed in a Communist utopia, nor he was very interested in it. What he loved was order – with himself on the top, holding absolute and unchallenged authority.

Thus, he could not have been accused of betraying his predecessors (he had none), the nation (since the nation is great if it bows to the will of the Leader), or state ideology (that ideology was now “obey Kim Il Sung”).

Today is Thursday, 25 May. It has been exactly half a century since that day.

The lesson we can learn from the last 50 years is how a full-blown autocracy can be horribly successful in self-preservation. Without natural resources, without fundamental economic reforms, and with almost no changes in social policy and politics, the country Kim Il Sung established has outlived the Soviet Union, Maoist China, and the entire Warsaw Pact.

Once the principles of the Monolithic Ideological System were outlined, Pyongyang could never waver from them again.

Thursday, the 25 May 1967 was an ordinary day for most countries. In the United States, President Lyndon Johnson met with Secretary of State Dean Rusk. The Vatican, then under Pope Paul VI, published new instructions “On Eucharistic Worship”. In the UK, John Lennon’s psychedelic Rolls-Royce was delivered after a redesign.

And in North Korea, Kim Il Sung delivered a speech. It was, of course, authored by him, and it was named “On the Immediate Tasks in the Direction of the Party’s Propaganda Work”.