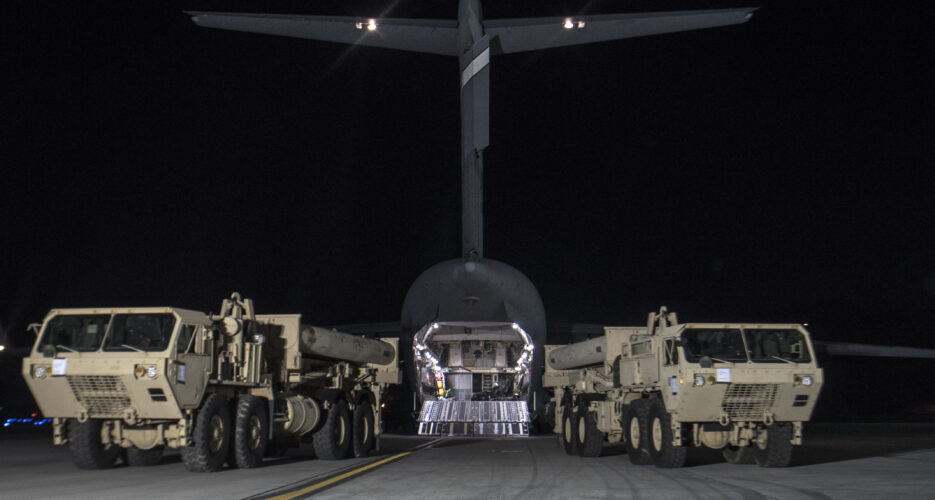 The presidential office said that the Ministry of National Defense (MND) had not reported the delivery of the four rocket launchers into the South to a presidential advisory commission on planning state affairs on May 25 – the day the ministry was due to deliver a briefing to the new government on issues pertaining to national defense.

Because Moon Jae-in took office a day after his election – without the usual three month transition time – the new government is being briefed by ministries on an ongoing basis.

“President Moon said it was ‘very shocking’ after he was briefed such facts by the chief of the National Security Office (NSO) Chung Eui-yong,” according to a written statement by the Blue House.

Moon was informed that four additional THAAD launchers were brought into the Republic of Korea (ROK) “behind closed doors and had been stored.”

Two THAAD missile launchers arrived at Osan Air Base in Pyeongtaek on March 6. More than 30 key parts of the THAAD system arrived at the Seongju site in South Korea at 4am on April 26.

The day of the deployment saw multiple South Korean media outlets report that four additional launchers had been moved to the THAAD deployment site, but the MND did not comment.

And despite the MND previously saying that South Korea’s THAAD battery would be made up of six truck-mounted launchers, the ministry did not report the entry of the four additional launchers.

According to the Blue House, Moon called Defense Minister Han Min-koo this afternoon to confirm the additional equipment’s arrival in South Korea.

“President Moon ordered today his senior secretary for civil affairs and the chief of the National Security Office implement a thorough investigation into the details of the additional entry of the four rocket launchers,” the Blue House also said.

Moon has ordered a “fact-finding” mission to investigate the entry of the additional four launchers, who agreed to it, and why it was not reported to the new government, as well as a probe into suspicions by the Blue House that the reason the deployment was not reported was to avoid a strategic environmental impact assessment of the deployment site.

The THAAD system has been operational and capable of intercepting North Korean missiles since late April.

South Korean President Moon Jae-in has ordered a "thorough investigation" into the recent undisclosed entry of four Terminal High-Altitude Area Defense (THAAD) launchers into South Korea and described the situation as "very shocking," the Blue House announced on Tuesday. The presidential office said that the Ministry of National Defense (MND) had not reported the delivery of the four rocket