Interpol issues red notice on four N. Korean Kim Jong Nam murder suspects
The four men are believed to have returned to Pyongyang on the week of the killing
JH Ahn March 16, 2017 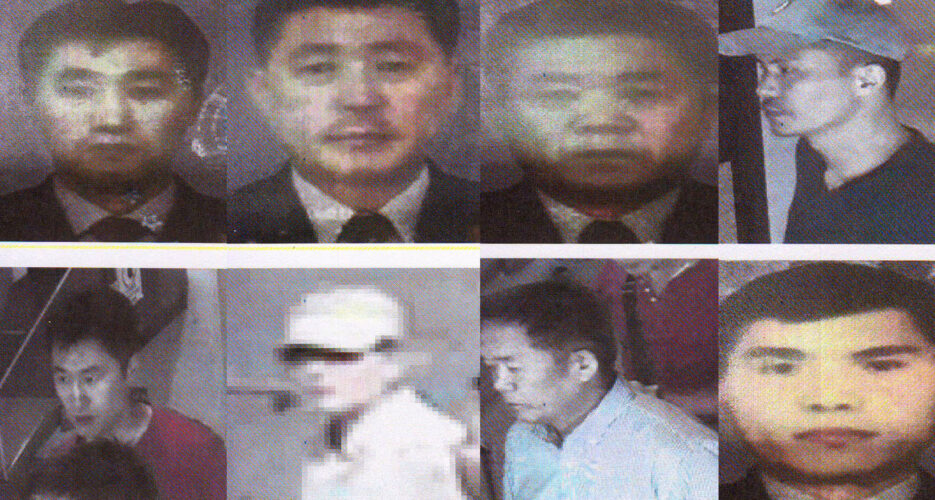 The four men were charged with involvement in the murder of Kim Jong Nam last month, and all are thought to have left Malaysia soon after the attack was carried out.

Red notices are issued in support of national jurisdictions who want the persons concerned for prosecution, Interpol explains, adding that its role is to assist in identifying and locating these individuals. They are intended to “high, international visibility” to the suspects and to make international travel difficult by flagging them to border officials.

“We have obtained the red notice for the four North Korean men who were at the airport during the incident,” Inspector-General of Police (IGP) Tan Sri Khalid Abu Bakar told local media on Thursday afternoon. “We are hoping to get them through Interpol.”

The four men have been named as suspects since the early stages of Malaysia’s investigation on the death of Kim Jong Nam, the estranged half-brother of Kim Jong Un.

The four issued with red notices are Ri Jae Nam, O Jong Gil, Hong Song Hak and Ri Ji Hyon, four of seven North Koreans that have so far been linked to the murder.

The RMP initially didn’t reveal where the four suspects had fled to, but told Channel NewsAsia the following day that “they arrived back in Pyongyang on February 17.”

All four entered Malaysia between late January and the first week of February and fled the country on February 13, soon after Kim Jong Nam was ambushed at Kuala Lumpur International Airport, according to police.

The two women, a Vietnamese passport holder, Doan Thi Huong, and an Indonesian passport holder, Sitia Aisyah, were arrested and charged with Kim Jong Nam’s death on March 1, and could face the death penalty if found guilty.

One suspect, Ri Jong Chol, a 46-year-old North Korean, was arrested on February 18, but was later released and deported by the Malaysian government on March 3 for lack of evidence tying him to the crime.

Another North Korean, the 30-year-old Ri Ji U, has also been linked to the crime, but his whereabouts remain unknown.

Malaysian authorities officially asked for Interpol assistance in catching the four men on February 23, while saying that they could not issue an arrest warrant for Hyon Kwang Song – the embassy employee – as he has diplomatic immunity.

North Korea is not a member of Interpol.

The four men were charged with involvement in the murder of Kim Jong Nam last month, and all are thought to have left Malaysia soon after the attack was carried out.