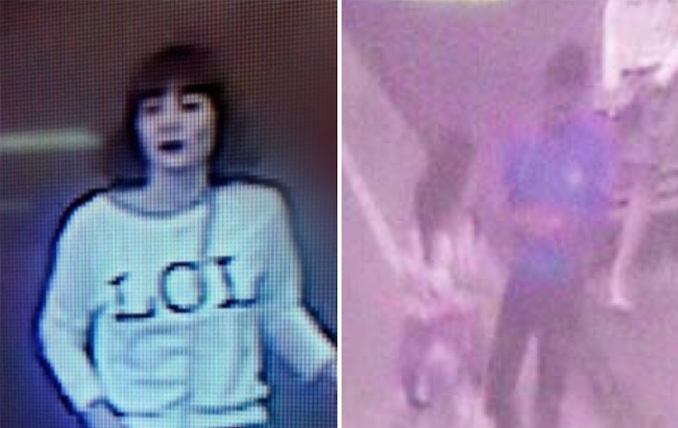 Malaysian Police are pursuing a group of five suspects comprised of “Vietnamese and North Koreans” in connection with the murder of Kim Jong Nam, the now-deceased half-brother of North Korean leader Kim Jong Un, according to reports in local outlet the Oriental Daily.

The lead allegedly came from a statement to police by a Vietnamese woman who was detained this morning at Kuala Lumpur International Airport’s KLIA2 terminal, having apparently returned to the scene of Monday’s crime.

“On 15 February 2017 at about 0820 hours, the Royal Malaysia Police (RMP) arrested a female suspect at the Kuala Lumpur International Airport 2 (KLIA2),” the RMP said in an official statement. “She was in possession of a Socialist Republic of Vietnam passport.”

The suspect’s documents identified her as Duan Thi Huong, and said she was born on the 31 May 1988 in Nam Dihn.

“[The] suspect was identified from the CCTV footage at the airport and was alone at the time of the crime,” it added.

Malaysian media earlier released CCTV footage that reportedly shows the suspect at Kuala Lumpur International Airport 2 at the time of the alleged murder.

A senior police officer told local outlet Oriental Daily News that the police are searching for another four males and one other woman.

Police sources also told the outlet that the female suspect had been abandoned by her co-conspirators in the hours after the crime after arriving at a hotel in Salak Tinggi, a district of Selangor on the outskirts of Kuala Lumpur just a 17-minute drive from KLIA2.

“The police has learnt from the surveillance footages that the two Vietnamese girls had sprayed poison on Kim Jong Nam’s face while another four males were monitoring the situation at a Nyonya restaurant,” Oriental Daily quoted local police as having said. “After the women accomplished their act, they all fled the scene immediately in two groups.”

The move is one of only two arrests in the last few days of suspects linked to the crime. On Monday police detained a local taxi driver on suspicion of ferrying the two women from the scene of the crime, but Deputy Inspector-General of Police Noor Rashid Ibrahim told local outlet The Sun that the driver did not appear to be involved in the plot.

The body of Kim arrived at the National Forensic Medical Institute at the Hospital Kuala Lumpur (HKL) from Putrajaya Hospital this morning, and while police have not said when a postmortem will be released, a local media source told NK News it may come by 10pm (local time) tonight.

North Korean diplomatic vehicles were seen coming in and out of the hospital throughout the day, with the embassy having requested the return of the body yesterday. When contacted by NK News on Tuesday, the embassy denied knowledge of Kim Jong Nam’s alleged assassination.

The North Korean ambassador’s car staying at the hospital for over six hours, arriving at 2.16pm and leaving at 7.49pm.

Malaysian Police have so far refused to describe the incident as “murder”, choosing instead to classify it as “sudden death” until an autopsy is carried out.

“It will all depend on the post-mortem report,” Deputy Inspector-General of Police Tan Sri Noor Rashid Ibrahim told The Sun. “We will wait for the outcome before deciding this. I cannot reveal more as it may jeopardize our investigations.”

Local police are also set to release a statement regarding the authenticity of Kim Jong Nam’s passport, with immigration director-general Datuk Seri Mustafar Ali saying that, because his identification was not Malaysian, his department would be assisting police in the probe.

“Whether the passport is genuine or false, we leave that to the police to make the announcement,” he told Bernama, Malaysia’s government news agency. “His was not a Malaysian passport. An investigation was carried out by the police. I’m not going to elaborate on that.”

Yesterday Malaysian police said the North Korean man who had died at KLIA2 on Monday had gone under the name of Kim Chol, widely regarded as a pseudonym for Kim Jong Nam.

Local reports say that Kim Jong Nam was attacked on Monday morning by an assailant who – depending which report is to believed – either covered his face with a damp cloth or sprayed a liquid in his face.

Kim approached the reception desk, saying he felt unwell, before dying on the way to Putrajaya Hospital to be treated.

Malaysian Police are pursuing a group of five suspects comprised of "Vietnamese and North Koreans" in connection with the murder of Kim Jong Nam, the now-deceased half-brother of North Korean leader Kim Jong Un, according to reports in local outlet the Oriental Daily.

The lead allegedly came from a statement to police by a Vietnamese woman who was detained this morning at Kuala Lumpur International Airport's KLIA2 terminal, having apparently returned to the scene of Monday's crime.