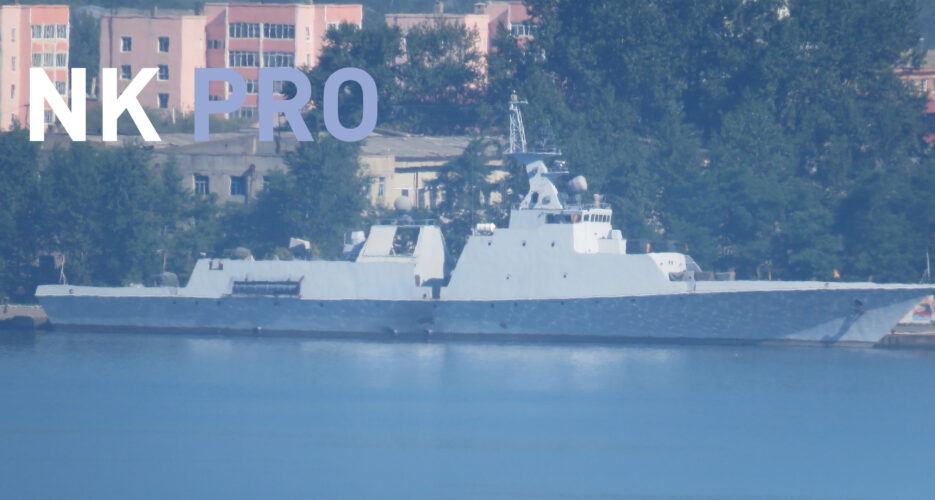 A new modern-style corvette with low-observable radar characteristics has been spotted in North Korea’s northeastern port of Najin in Rason, high-resolution photos obtained exclusively by NK Pro have revealed.

Together, the two vessels – combined with two similar types docked near North Korea’s west coast port of Nampo – offer more evidence of a wider North Korean effort to build new naval assets in ways that could pose new threats to the U.S. and South Korea.

“These ships are the culmination of over two decades of experimentation with new naval warfare concepts, and a clear indication of the direction that North Korean shipbuilding is headed in,” said Joost Oliemans and Stijn Mitzer, the NK Pro contributors said in their analysis of the vessels’ capabilities.

Alongside recently publicized ballistic missile submarines, stealthy surface effect ships, and a number of other smaller modern ship designs, the corvettes could bring “new capabilities to the table that represent a tangible threat to opposing navies in the region,” the analysts said.

But that will only be the case if the reduced-RCS corvettes are confirmed to be equipped with modern anti-ship cruise missiles, Joe Bermudez, a long-time North Korea watcher with expertise in Korean People’s Army military capabilities, told NK News.

With them, they “would present (the U.S. and South Korea) a…different threat altogether,” he said.

Kim Min Seok, a senior researcher at the Korea Defense and Security Forum (KODEF), described the photos of the low-observable corvette as “unprecedented and untold to the outside world…(a) new type of battleship that is similar to the Myanmar Navy’s frigate UMS Tabinshwehti.”

“Myanmar has built this ship, and equipped it with weapons from Italy, China, Russia, and North Korea,” he continued about the Tabinshwehti, which, unlike the DPRK version, includes a helicopter hangar.

“The fact that (the North Korean vessel) does not have a helicopter hanger tells us two things,” Kim continued. “One is that this is not built to host an antisubmarine helicopter, and is only aimed at temporary landing and takeoff, in the case of VIP’s visit to the ship.”

“The challenge though is when you operate corvettes like this, even if they’re cruise missile-armed, you have to operate them in cooperation with other vessels. North Korea hasn’t had much experience in doing that – in fact, I’d say virtually none – and that presents a problem. It also requires a different level of officer training than they’ve done so far. “

Overall, though, the development of the reduced-RCS corvette is notable, said John Grisafi, NK News Director of Intelligence.

“Despite continuing and new sanctions and presumptions of economic weakness by the outside world, North Korea has continued to make demonstrable progress in recent years at developing new and diverse weapons systems and platforms, showing capabilities – or steps toward them – previously thought to be many years away for North Korea, if not beyond its reach,” he said.

A new modern-style corvette with low-observable radar characteristics has been spotted in North Korea's northeastern port of Najin in Rason, high-resolution photos obtained exclusively by NK Pro have revealed.