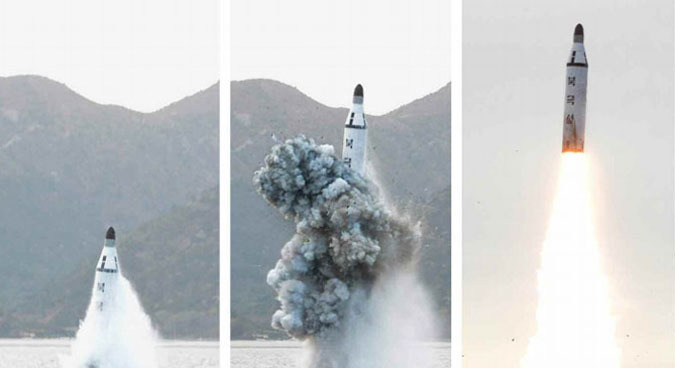 North Korea launched a submarine-launched ballistic missile (SLBM) at around 5:30 am Wednesday, South Korea’s Joint Chiefs of Staff (JCS) said, revealing the launch to have occurred near Sinpo, a port in North Korea's northeast.

The missile – likely a Pukkuksong-1 SLBM (known as the KN-11 in South Korea and the United States) – traveled some 500km, JCS later confirmed, adding the launch "showed progress compared to several firing tests in the past".