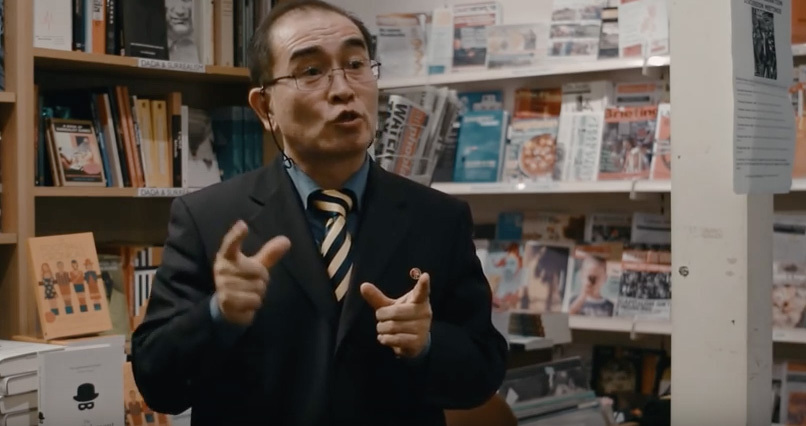 Thae Yong-ho, the North Korean diplomat who sensationally defected from his London embassy to South Korea, has been accused by DPRK state media of having “raped minors,” it emerged on Saturday.

The claim, which is the first official response to his defection by state media, also accused the once deputy ambassador to the UK of stealing money from the state.

“(He) embezzled a lot of the state’s funds and handed over confidential information for money and committed a crime of raping minors,” a translation of the KCNA statement said, which did not refer to Thae by name.

“The DPRK Central Prosecutor’s Office investigated materials for his crimes and released a written verdict on July 12 … (detailing) crimes including intentionally divulging secrets, embezzling state property, and sexual intercourse with a minor.”

The KCNA statement added that it had informed the British government about Thae’s alleged crimes and was disappointed that London had allowed him to flee to South Korea.

“At an early stage of the crime, we gave the UK details of the crimes that (Thae) committed, and urged them to hand over the criminal for investigation.

“The part we cannot ignore is the British government, which advocates for abiding by law, ignoring our reasonable demand of handing over the criminal,” the KCNA said.

“We don’t comment on these sorts of issues,” an FCO spokesperson told NK News on Saturday.

“There are no underage girls in the North’s embassy,” he said. “If he (committed rape) of a British women, the UK media would have reported before the North media outlet did.”

Observers in South Korea had mixed views about the statement.

“This response is quite common behavior, which can be traced back to the 1950s, when North Korea would demand the extradition of North Koreans who were seeking asylum in the Soviet Union,” said Dr. Andrei Lankov, a professor at Kookmin University.

“The Soviet Union was inclined to ignore such claims as the UK is likely to ignore them now,” he said.

But the nature of the claims was noteworthy, Lankov added.

“The fact he was accused of raping minors shows a great deal of cultural understanding: the North Koreans understand Western concerns about sexual violence, which is a very big topic,” Lankov continued. “It’s the dirtiest crime imaginable right now.”

Dr. Daniel Pinkston, a professor at Troy University, said if the DPRK had alerted British authorities about the suggested crimes, then they would not be in a position to deny it.

“I tend to believe the DPRK statement regarding an extradition request and communication with the UK government is true, because if not, the UK govt will refute it.”

“The simple charges of pilfering embassy funds wouldn’t be enough for the UK to extradite him,” Pinkston continued. “So they could have added the rape charges with the goal of persuading the UK to hand him over”

“(Now) they can build a good narrative around it for domestic consumption,” he added.

News of Thae’s arrival in South Korea emerged on Wednesday after a report which said an unnamed official from North Korea’s embassy to the UK had defected to a third country.

South Korea’s Ministry of Unification (MoU) said Thae defected his post due to dissatisfaction about the way North Korea was being governed.

“It is known that Minister Thae revealed he got sick and tired of the Kim Jong Un regime and yearned for a liberal and democratic regime, concerned about the future of his children,” MoU spokesperson Jeong Joon-hee said on Wednesday.

The spokesperson added that the defection illustrated the “North’s core layer considers there is no hope for the Kim Jong Un regime anymore… the perception that the North Korean regime already reached breaking point has been spreading and internal unity among the ruling class has been weakened.”

Thae Yong-ho, the North Korean diplomat who sensationally defected from his London embassy to South Korea, has been accused by DPRK state media of having “raped minors,” it emerged on Saturday.The claim, which is the first official response to his defection by state media, also accused the once deputy ambassador to the UK of stealing money from the state.“(He) embezzled a lot of the