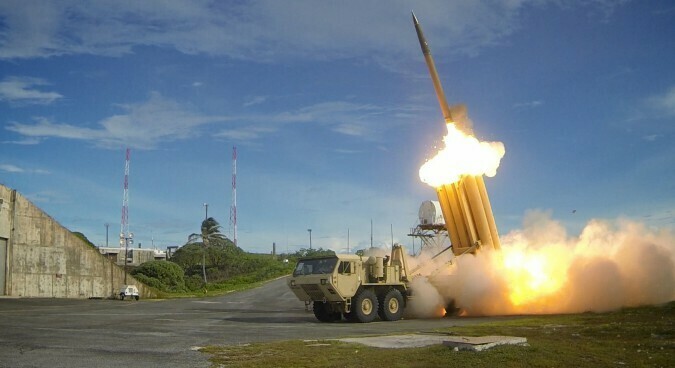 The United States and South Korea agreed to deploy a Terminal High-Altitude Area Defense (THAAD) battery to be operated by U.S. Forces Korea (USKF), it was announced on Friday.

The decision, which drew immediate criticism from China, was described as coming in response to North Korea’s increasing threat, characterized by its recent “nuclear test and multiple ballistic missile tests.

“The ROK and the United States made an Alliance decision to deploy THAAD to USFK as a defensive measure to ensure the security of the ROK and its people, and to protect Alliance military forces from North Korea’s weapons of mass destruction and ballistic missile threats,” a statement released by USKF said on Friday.

South Korea and the U.S. have not yet revealed a location for the THAAD deployment. According to the joint statement, the Joint Working Group is in the “final stage of preparing its recommendation” and will consider factors such as the “system’s effectiveness and for environmental, health, and safety requirements.”

China has long been critical of potential deployment of THAAD on the peninsula, given it’s potential impact on Chinese offensive missile capabilities in the region.

China’s Foreign Minister voiced “resolute opposition against THAAD” and “strongly urges the U.S. and South Korea to stop deployment process,” a Tweet by the state-run People’s Daily said on Friday.

Referencing and attempting to alleviate the concerns of China – and possibly Russia – the ROK-USFK joint statement emphasized that THAAD in Korea “would not be directed towards any third party nations.”

North Korea is yet to react to the deployment, but following the naming of Kim Jong Un by the U.S. Treasury Department amid human rights sanctions earlier this week and consequently worsening relations with Washington, is likely to be extremely critical of the development.

South Korean political parties have spoken in different voices towards the deployment, with some welcoming it with open arms and others strongly opposing the decision.

“As the threat of North Korean nuclear armaments and missiles – including North Korea’s recent Musudan launch – is sharply rising, the decision made by both the ROK and the U.S. to deploy THAAD system was necessary,” a spokesperson from the ruling Saenuri Party said.

“Such measures will greatly contribute to our country’s defense and safety of the people.”

“We regret that the government made the decision without going through enough discussion with the people or the opposition parties,” a spokesperson from the Minjoo Party said, adding that the party is not against the deployment, if the deployment of the system is of practical use.

The People’s Party, the second largest opposition party in South Korea, did not oppose the deployment of the system, but said the government should have given enough thought on China’s opposition on this matter, and the following financial damage that South Koreans might have to suffer as a result of worsened Sino-South Korea relations.


Some experts note that there are significant limitations to the effectiveness of a single THAAD battery and such defenses could possibly be overcome through a strategy of saturation. It is believed that if North Korea launched enough missiles quickly enough, it could potentially either outnumber the THAAD interceptors – or outpace the reloading process – or overwhelm the tracking radar, which would not only have to track incoming missiles, but also the interceptors fired by the THAAD battery itself.

The United States and South Korea agreed to deploy a Terminal High-Altitude Area Defense (THAAD) battery to be operated by U.S. Forces Korea (USKF), it was announced on Friday.The decision, which drew immediate criticism from China, was described as coming in response to North Korea's increasing threat, characterized by its recent "nuclear test and multiple ballistic missile tests."The ROK