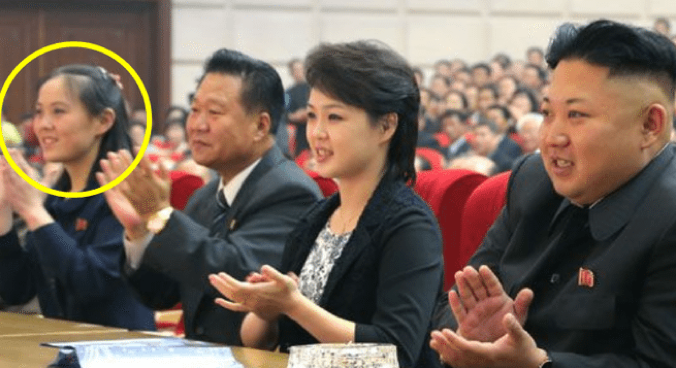 In the days leading up to the recently completed Seventh Congress of the Workers Party of Korea (WPK), there was widespread media speculation, including by BBC News and South Korea’s Yonhap News Agency, over the expected enhanced role in the North Korean leadership for Kim Jong Un’s little sister Kim Yo Jong. While 28-years-old might seem a bit green for someone to be engaged in assisting in running a country with nuclear weapons, North Korea had already designated a then largely untested, under-30-year-old as Supreme Leader just over four years ago. In this case, what was good for the gander appears equally good for the goose.

As expected, Kim Yo Jong was, according to Pyongyang’s Korean Central News Agency, named a member of the Workers’ Party of Korea’s Central Committee at the just-completed Party Congress. It was noted that she also serves as a vice department director of the ruling party. An early indication of the prominence Kim Yo Jong would assume in her elder brother’s regime was given during the funeral services for her father Kim Jong Il in December 2011. She was seen alongside her elder brother, the presumed heir, attending memorial events and greeting mourners in black hanbok even though she had not been officially named to the all-important funeral committee. She was later publicly mentioned in March 2014 when she accompanied her older brother to the ballot box in voting for the Supreme People’s Assembly election. And UPI reported that, as a sign of increased prominence, Kim Yo Jong was seen standing next to her brother at a military rally in Kim Il Sung Square immediately after the just-completed Party Congress.

Some North Korea watchers have compared the relationship to that of Kim Jong Il and his own sister, Kim Kyong Hui

Kim Jong Un is reportedly particularly fond of his little sister, as big brothers often tend to be. The fact that they share the same birth mother, the late Ko Yong Hui, “The Mother of Pyongyang,” and spent years abroad together in the late 1990s, studying in Berne, Switzerland may partially account for their bonding. Some North Korea watchers have compared the relationship to that of Kim Jong Il and his own sister, Kim Kyong Hui who, along with her since purged and executed husband Jang Song Thaek, held similarly prominent roles in Kim Jong Un’s father’s regime before running afoul of their nephew.

The fact that the late Dear Leader, Kim Jong Il, was also allegedly fond of his daughter Kim Yo Jong also would enhance her standing with her brother and his subordinates. She was first publicly seen in attendance with her father at a conference of the Workers’ Party of Korea (WPK) in September 2010. More importantly, Kim Yo Jong was reportedly entrusted by her father with “protecting and managing the affairs” of the daughter of Megumi Yokota, the most prominent of Pyongyang’s Japanese abductee victims, according to the Japan Times.

The Japanese abductee issue became one of the most troublesome diplomatic issues for Kim Jong Il after he admitted, during a 2002 summit meeting in Pyongyang with former Japanese Prime Minister Junichiro Koizumi, that North Korea had abducted 13 Japanese citizens. Kim Jong Il issued a verbal apology but attributed the abductions to “some people who wanted to show their heroism and adventurism” and avoided assuming blame. The Dear Leader made a major diplomatic miscalculation, hoping the admission would lead to normalization of relations with and economic assistance from Tokyo. Instead the revelation understandably set off a firestorm of public indignation in Japan.

It was further revealed that Japanese schoolgirl Megumi Yokota, the most prominent abductee, had given birth to a daughter in North Korea before she allegedly died. Megumi’s daughter, Kim Eun Gyong, studied computer science at Kim Il Sung University with Kim Yo Jong, where the two became friends and Kim Yo Jong reportedly won the confidence of her classmate. That personal connection became invaluable as first her father and then her brother sought to unravel the diplomatic entanglement that was created by kidnapping Japanese citizens. In 2010, while Kim Eun Gyong, reportedly with Kim Jo-yong’s assistance, was kept under close surveillance, Kim Jong Il made an offer to arrange a meeting between the abductee daughter and her elderly Yokota grandparents in a “third country other than Japan.”

The elderly Yokotas, due to abhorrence of Pyongyang’s human rights record and concern over being used for propaganda purposes, declined to travel to North Korea to see their granddaughter. Pyongyang, acutely aware that five abductees who were allowed to visit Japan in 2002 had refused to return to North Korea, feared a propaganda failure if Kim Eun Gyong decided to remain in Japan with her grandparents. An impasse over the meeting lasted for four years but finally, in March 2014, under Kim Jong Un’s regime and with his sister reportedly vouching for her ideological purity, Kim Eun Gyong met her elderly grandparents in Mongolia and then returned to North Korea.

She has even become at, times, her brother’s ‘sole gatekeeper’

Kim Yo Jong has played a prominent behind-the-scenes role ever since her brother’s assumption of power, reportedly managing his schedule, coordinating his fashion and hairstyle, and assisting in the arrangement of his meetings as one of a few persons with direct access to the Young General. The Chosun Ilbo newspaper has reported that she was “instrumental in arranging the two visits to Pyongyang by Dennis Rodman, the former U.S. basketball player.” She also at times accompanies her brother on his “on-the-spot guidance tours.” She has even become at, times, her brother’s “sole gatekeeper,” according to Michael Madden of North Korea Leadership Watch.

In July 2015 she was confirmed as having been put in charge of the critically important Propaganda and Agitation Department (PAD) which promotes the Kim family cult, replacing the 89-year-old Kim Ki Nam, a long-time Kim family cadre. But the Telegraph reported just three months later that Kim Yo Jong was fired from her PAD position and Kim Ki Nam restored because of a series of “security lapses,” including Kim Jong Un’s being mobbed by overzealous fans at a youth festival, as well because of her displaying “eccentricity to the point of weirdness.”

Yet the recent promotion at the Party Congress indicates that all is forgiven for Kim Yo Jong. With only a mere few years at most to prepare for his assumption of power, unlike the 14-year tutelage that followed his father’s official designation as heir apparent at the previous Sixth Party Congress in 1980, Kim Jong Un remains uneasy with his father’s experienced, elderly advisers. He has removed them in a series of purges. Like the Gang of Four in China during the Great Proletarian Cultural Revolution, he has consistently chosen “red” over “expert” in his management of the North Korean state. And what more loyal assistant could one find than one’s little sister, a true blue member of the Baekdu blood-line and a true believer in the Juche red philosophy?

In the days leading up to the recently completed Seventh Congress of the Workers Party of Korea (WPK), there was widespread media speculation, including by BBC News and South Korea’s Yonhap News Agency, over the expected enhanced role in the North Korean leadership for Kim Jong Un’s little sister Kim Yo Jong. While 28-years-old might seem a bit green for someone to be engaged in assisting in 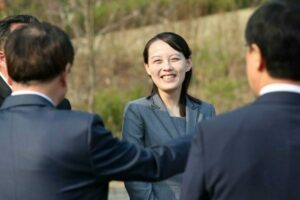 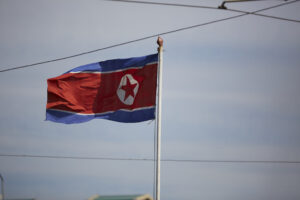