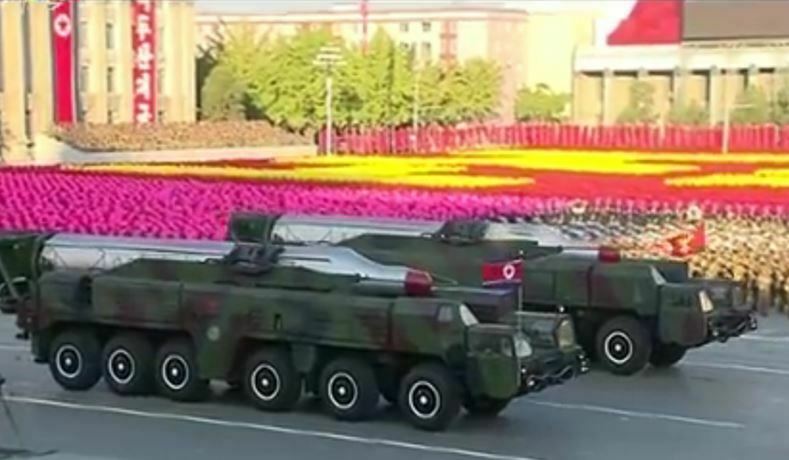 The missile, likely of the BM-25 (a.k.a. Musudan) IRBM was fired into the Sea of Japan (known in Korea as the East Sea) from a mobile transporter erector launcher (TEL) from near the city of Wonsan in North Korea’s Kangwon Province around 5:20 a.m.

South Korea’s military assessed the launch to be a failure.

The Japan Self-Defense Forces (JSDF) and the South Korean military detected North Korea’s launch preparations on Monday. Japan placed its military on alert and said they were prepared to shoot down the missile if necessary.

Gen Nakatani, Japan’s Defense Minister, issued a shoot down order to the JSDF on Monday, NHK and Kyodo News reported. Japan previously lifted the order which was in place from March to May, prior to Pyongyang’s Seventh Worker’s Party Congress, due to previous missile tests.


South Korea’s JCS meanwhile said they are monitoring North Korean activity and remain ready to respond to an emergency situation.

The BM-25 is an IRBM produced by North Korea and believed to be based on the Russian-designed R-27 submarine-launched ballistic missile (also known by its NATO reporting name SS-N-6), to which it bears a resemblance.

The BM-25 also bears a close resemblance to North Korea’s Pukkuksong-1 submarine-launched ballistic missile (SLBM). That missile too is likely based on the R-27.

The launch was conducted just days before talks scheduled for June 1 in Tokyo between representatives of South Korea, Japan, and the United States concerning North Korea and its nuclear program. It is possible the launch was conducted – in addition to being a developmental weapons test – as a response or protest to these talks.

North Korea is working to improve its ballistic missile arsenal and demonstrate a credible threat and deterrent capability. A successful test of the BM-25 would show North Korea is getting closer to the capability to conduct a nuclear strike as far away as Guam. Additionally, the road-mobile nature of the BM-25 would make it more difficult to track the location of the missiles and detect launch preparations.

The missile, likely of the BM-25 (a.k.a. Musudan) IRBM was fired into the Sea of Japan (known in Korea as the East Sea) from a mobile transporter erector launcher (TEL) from near the city of Wonsan in North Korea's Kangwon Province around 5:20 a.m.