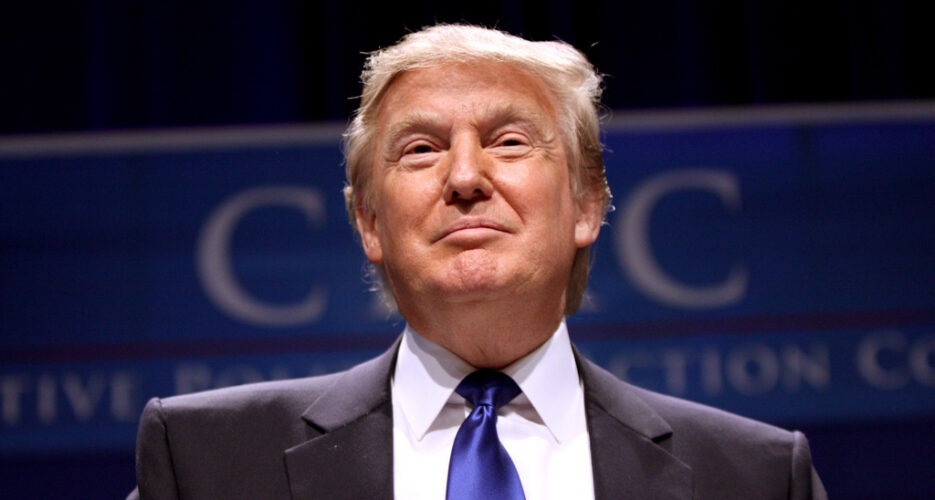 A Korean Peninsula outside the defense perimeter of the United States, without the shield of the American nuclear umbrella, and with no U.S. ground troop presence, sounds like the cherished dream of North Korean leader Kim Jong Un. Yet, if his words are to be believed, this is the prescription for the future of not only South Korea but of Japan, as envisioned by Republican presidential candidate Donald Trump.

America has gone down this path before on at least two previous occasions. Early in 1950 then Secretary of State Dean Acheson delivered an address where he stated that “The defensive perimeter (of the United States) runs along the Aleutians to Japan and then goes to the Ryukyus …” notably omitting the Korean Peninsula. This was reportedly interpreted by some in Pyongyang, Moscow and Beijing as a green light and within six months the Korean War broke out.

Over two decades later, in the run-up to the 1976 American presidential campaign, candidate Jimmy Carter reflected American weariness with overseas commitments in the aftermath of the fall of Saigon. Carter famously made a public pledge to withdraw all U.S. ground forces from South Korea. Serving at the American Embassy in Seoul during the Carter Administration, I personally witnessed the negative impact that speculation over a possible “abandonment” by America had on our South Korean allies. Due to growing pressure from his foreign policy and defense advisers, President Carter had to ultimately rescind his orders on troop withdrawals from Korea.

Don Oberdorfer of the Washington Post followed Carter’s controversial policy closely, reporting on June 12, 1977 that “(i)n a press conference with Tokyo correspondents on May 23, 1975, Carter said U.S. troops should be withdrawn over a period of about five years, that the United States should strengthen the South Korean air force and that Washington should seek guarantees from China and the Soviet Union that North Korea would not be permitted to invade the south.” (Perhaps candidate Trump will seek similar guarantees from Vladimir Putin and Xi Jinping?)

Oberdorfer further reported that “Major Gen. John K. Singlaub, who was relieved last month (May 1977) as chief of staff of U.S. forces in Korea after publicly criticizing the withdrawal, told Congress that the Joint Chiefs of Staff never gave its Seoul command a reason for the planned withdrawal despite requests for an explanation.” Oberdorfer pointed out that candidate Carter had, however, earlier given a rationale for the withdrawal in a meeting with the Washington Post’s editorial board. Like candidate Trump now, Carter reportedly cited budgetary concerns as a chief reason for the proposed troop withdrawal. Oberdorfer noted that “in the discussion with the Post editors. Carter spoke of the troop withdrawal from Korea largely as a money-saving measure in the context of better defense management.”

Candidate Trump had his own recent meeting with the Post’s editorial board where the question of Korea came up just as it had four decades ago with candidate Carter. And Trump’s responses similarly set off shock waves in capitals across the Pacific. The transcript of an on-the-record meeting with the editorial board on March 21st quotes Mr. Trump as stating that “South Korea is very rich. Great industrial country. And yet we’re not reimbursed fairly for what we do. We’re constantly, you know, sending our ships, sending our planes, doing our war games, doing other. We’re reimbursed a fraction of what this is all costing.” When one of the Post’s editors pointed out that “basically 50 percent of the non-personnel cost (for U.S. forces) is paid by South Korea and Japan,” Mr. Trump appeared genuinely surprised, repeating “Fifty percent?” before he brusquely added “Why isn’t it 100 percent?” When further asked “does the United States gain anything by having bases (in South Korea and Japan)?” the candidate responded “personally, I don’t think so.”

Candidate Trump gave further details on his vision for the future of Northeast Asia in a telephone interview with the New York Times on March 26. He noted that he would “be open to allowing Japan and South Korea to build their own nuclear arsenals rather than depend on the American nuclear umbrella for their protection against North Korea and China.” He added that he “would be willing to withdraw United States forces from both Japan and South Korea if they did not substantially increase their contributions to the costs of housing and feeding those troops. ‘Not happily, but the answer is yes.’” Mr. Trump also said he would seek to renegotiate many fundamental treaties with American allies, possibly including a 56-year-old security pact with Japan, which he described as “one-sided.”

Yet nuclear nonproliferation expert Mark Fitzpatrick, executive director, IISS-Americas, makes a compelling case in his recently published book “Asia’s Latent Nuclear Powers: Japan, South Korea and Taiwan” that confidence in the U.S. continuing commitment to provide the protection of the nuclear umbrella to our friends and allies is the key to stability in the most economically vibrant region of the world. Fitzpatrick notes, in particular, the clandestine nuclear weapons development program of South Korean President Park Chung-hee, the father of the current president, in the 1970s: “Park’s weapons pursuit was born out of insecurity, particularly fear of being abandoned by the U.S.

At the time, the Democratic People’s Republic of Korea (DPRK or North Korea), had a stronger economy and military, and an incessantly aggressive posture in regard to the South. In January 1968, two incidents underscored the danger. On the 21st of the month, a North Korean commando team intent on assassinating Park came within 100m of the Blue House. Two days later, North Korea seized the USS Pueblo – which had been monitoring signals off the coast of Wonsan – and captured 82 members of its crew (who were subsequently held hostage for 11 months). In April 1969, North Korea shot down an American EC-121 reconnaissance plane in international airspace. Dissatisfaction with Washington’s handling of these incidents contributed to Park’s impression that the US lacked resolve in dealing with North Korean aggression.”

With North Korea conducting its fourth nuclear detonation in January of this year and with a more assertive China making maritime territorial claims in both the East and South China Seas, the American security commitment via the nuclear umbrella remains more vital than ever. The alternative would appear to be a dangerous, escalating nuclear arms race in the only global region that has experienced the devastation of two nuclear bombings.

Candidate Trump’s expressed willingness to so easily terminate this seven decades-old security arrangement would perhaps be welcomed in Pyongyang, already a self-proclaimed “nuclear weapons state” threatening to launch attacks on American cities. Such a precipitous action, however, would certainly be destabilizing even in the view of Beijing and Moscow, as neither would seemingly relish dealing with competing nuclear arsenals in Seoul, Tokyo or Taipei. Trump’s words also represent a sharp u-turn on the decades-long Republican Party image as the “national security party.” The words hearken back to a pre-Eisenhower era when Senator Henry Cabot Lodge scuttled the Treaty of Versailles and aviator Charles Lindbergh offered pre-Pearl Harbor “America First” rhetoric. These actions, in retrospect, left the United States ill-prepared, despite Franklin Roosevelt’s visionary efforts, to face the international crisis resulting from the rise of fascism.

At a time that America struggled economically to overcome the effects of the Great Depression, the costs of national security seemed too high and the two oceans separating the United States from the brewing conflicts in Asia and Europe seemed wide enough. Yet the ultimate price paid was far greater than prescient preventive measures would have been. The wide Pacific Ocean ultimately proved no more effective in walling off a surprise aerial attack than did France’s heralded Maginot Line in stopping the Nazi blitzkrieg.

In questioning America’s security commitments to the Republic of Korea, Japan and NATO, Trump raises again those isolationist ghosts that former NATO Commander Dwight Eisenhower put to rest when he returned from Europe to face a contested Republican convention in Chicago. Eisenhower upset the nomination plans of anti-NATO leading contender Senator Robert Taft at that convention by rallying fervent delegates with the call of “I Like Ike!”

History seems to have a funny way of repeating itself. This year’s Republican Convention in Cleveland may well be just as contested as Chicago was in 1952, with foreign policy concerns over treaty commitments to such allies as South Korea front and center. No doubt not only Kim Jong Un but the rest of East Asia’s leaders will be watching the proceedings very closely.

A Korean Peninsula outside the defense perimeter of the United States, without the shield of the American nuclear umbrella, and with no U.S. ground troop presence, sounds like the cherished dream of North Korean leader Kim Jong Un. Yet, if his words are to be believed, this is the prescription for the future of not only South Korea but of Japan, as envisioned by Republican presidential candidate Donald Trump.

America has gone down this path before on at least two previous occasions. Early in 1950 then Secretary of State Dean Acheson delivered an address where he stated that “The defensive perimeter (of the United States) runs along the Aleutians to Japan and then goes to the Ryukyus …” notably omitting the Korean Peninsula. This was reportedly interpreted by some in Pyongyang, Moscow and Beijing as a green light and within six months the Korean War broke out.