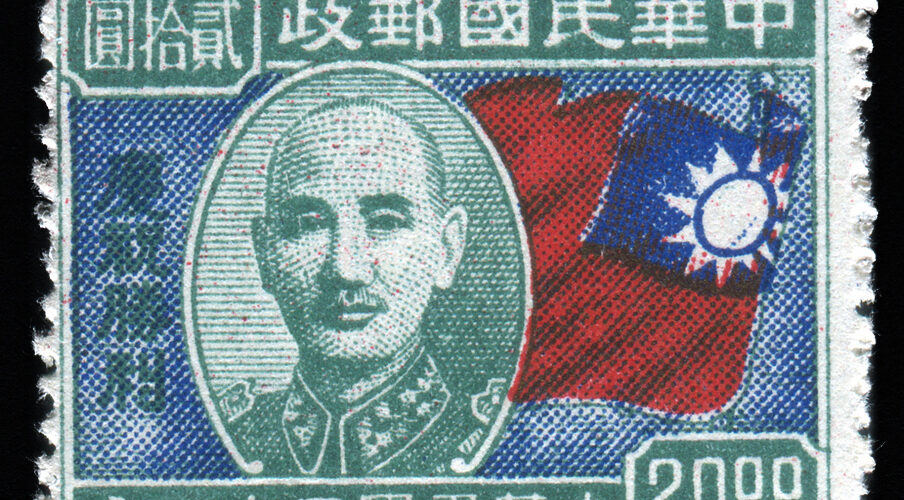 Another milestone among the many commemorative events in this 70th anniversary year of the end of World War II just occurred in Singapore. Taiwan’s President Ma Ying-jeou recently met with his Chinese counterpart Xi Jinping there. The last such meeting between Chinese Nationalist (KMT) and Communist leaders occurred in the fateful summer of 1945. Then American Ambassador to China Patrick Hurley provided a plane to fly guerrilla leader Mao Zedong from his mountain base in Yan’an to the wartime capital of Chongqing to meet with Generalissimo Chiang Kai-shek. The ensuing seven weeks of talks gave some hope that a post-war political settlement could be brokered. However, the situation soon degenerated into civil war and in 1949 Chiang Kai-shek and his nationalists retreated to Taiwan.

There the Generalissimo found himself isolated from even his American ally as Mao contemplated an amphibious assault that would settle scores once and for all. Chiang’s last loyal ally appeared to be fellow Asian anti-communist Dr. Syngman Rhee, President of South Korea, as Chiang and Rhee held a summit in the southern Korean port city of Chinhae in 1949. The previous American president, Franklin Roosevelt, had also been a staunch ally, seeking to strengthen ties with Nationalist China, partially stemming from a nostalgic attachment based on the long-term involvement of his mother’s family, the Delanos, in the China trade. Even before Pearl Harbor, FDR extended lend-lease aid to the Nationalists and covertly authorized the volunteer “Flying Tiger” pilots to defend Chinese cities from Imperial Japanese saturation bombing. FDR had referred to “Free China” as one of the “Four Policemen” of the post-war world order, assured Nationalist China a permanent Security Council seat in his envisioned United Nations, and insisted, over Churchill’s reservations, that Generalissimo and Madame Chiang participate as full partners in the wartime Cairo Conference.

But when the war ended, FDR was dead. The new President Harry Truman knew little about China and had been briefed on Chiang’s reported vanity and indecisiveness by reports filed by General Stillwell and later by General Marshall. Truman’s administration was also under assault by Congressional Republicans asking “Who lost China?” A State Department White Paper issued in 1949 squarely placed the blame for Chiang’s collapse on Nationalist corruption. With the outbreak of Cold War with another former ally, the Soviet Union, Truman put China and Taiwan on a back burner.

Truman’s Secretary of State at the time of the Korean War, Dean Acheson, is most famously remembered in Asia for a January 12, 1950 speech where he omitted the Korean peninsula from the Pacific defense perimeter of the United States. A number of historians point to this omission as a major contributor to the outbreak of the war six months later. What is less clearly remembered is that Secretary Acheson basically wrote off Chiang Kai-shek and the Nationalists in the same speech when he said: “The communists did not create this. The communists did not create this condition. They did not create this revolutionary spirit. They did not create a great force which moved out from under Chiang Kai-shek. But they were shrewd and cunning to mount it, to ride this thing into victory and into power…” Former U.S. diplomat and Taiwan expert David Dean noted in his memoirs titled Unofficial Diplomacy: The American Institute in Taiwan that “Secretary Acheson decided to wait until the dust settled and further U.S economic assistance to the Republic of China on Taiwan came to an abrupt halt.”

Then, during Chiang Kai-shek’s darkest hour, Kim Il Sung, in collusion with Stalin and Mao, stepped forward to save both the Generalissimo and his fledgling new government on Taiwan. While the decision to cross the 38th parallel on June 25, 1950 failed in its intended consequence of unifying the Korean Peninsula under Kim family rule, it had the unintended consequence of preserving a non-communist Chinese government in Taipei. The democratic Taiwan we know today would not likely exist without the communist invasion of South Korea. With the outbreak of war in Korea and American intervention in that conflict, Truman reversed his hands-off policy on Taiwan and dispatched the Seventh Fleet to the Taiwan Strait. Truman’s successor, Dwight Eisenhower, went even further. Not only did he fulfill the pledge “I shall go to Korea” to help end the conflict there but his administration resisted Chinese pressure in armistice negotiations by allowing two-thirds of the 21,000 Chinese POWs to resettle in Taiwan rather than being forcibly repatriated to mainland China. A U.S. mutual defense treaty with Taiwan was signed in 1954 and Congress expressed its solidarity in defending Taiwan by passing the Formosa Resolution in 1955. After provoking a further crisis with the shelling of the offshore islands of Quemoy and Matsu which figured prominently in a Kennedy-Nixon presidential debate in 1960, Mao backed off, turning inward to the Great Leap Forward and the Cultural Revolution. The North Korean-provoked war had indeed saved Taiwan.

Xi Jinping’s recent decision to reverse long-term Chinese communist orthodoxy and to meet with his KMT counterpart for the first time since 1945 has led to much speculation. Beijing reportedly has some concerns over the growing possibility that the opposition DPP candidate, Dr. Tsai Ing-wen, will be elected as the next president in elections scheduled on Taiwan early next year. Xi has apparently learned the lesson of 1996 that trying to bully the voters of Taiwan before an election is counterproductive. Yet he may be seeking to use his recent meeting with Ma to send a message to both Dr. Tsai and her supporters: that the recent thaw in cross-Strait relations is reversible if the new leadership in Taipei diverges from the previously established parameters of interaction between the two sides. Beijing had previously used the collapse of its former advisory, the Soviet Union, to reposition its military strength from the northern frontier to areas adjacent to Taiwan. And Xi gave no indication that his meeting with Taiwan’s Ma Ying-jeou would lead to any reduction in the estimated 1,800 missiles aimed at Taiwan.

What could, however, lead to a redeployment of PLA forces northward and a re-evaluation of priorities would be another crisis triggered by North Korea. All eyes in Asia were directed on Pyongyang during the Workers’ Party of Korea (WPK) anniversary on October 10th given expectations that Kim Jong Un would order another missile launch or even conduct a fourth underground nuclear test in defiance of Security Council resolutions. In his recent work North Korean House of Cards, North Korea leadership expert Ken Gause has written that “while the Kim regime may not be on the brink of collapse, it may continue in a state of perpetual uncertainty, with the possibility of collapse ever present.” And the recent absence of the name of Workers’ Party Secretary Choe Ryong Hae, who represented Kim Jong Un at Beijing’s chauvinistic WWII victory parade in September, from a roster of officials included for a recent state funeral set off another frenzy of purge speculation.

The last thing that Beijing wants is a European-style refugee crisis on its border triggered by instability generated by the inexperienced and volatile Kim Jong Un. The Korean Peninsula also remains a geopolitical vortex where the strategic interests of the Great Powers of the United States, China, Russia, and Japan continue to converge. And even the assertive Xi Jinping, who has not shied away from confrontational approaches in such potential tinderboxes as the South China Sea, may not want to bite off more than he can chew. Xi would likely hesitate to raise cross-Strait tensions at a time of potential crisis in Korea. And while the world would cringe at any potential Korean crisis, such a development could provide once again salvation for Taiwan and its democracy.

Another milestone among the many commemorative events in this 70th anniversary year of the end of World War II just occurred in Singapore. Taiwan’s President Ma Ying-jeou recently met with his Chinese counterpart Xi Jinping there. The last such meeting between Chinese Nationalist (KMT) and Communist leaders occurred in the fateful summer of 1945. Then American Ambassador to China Patrick Hurley provided a plane to fly guerrilla leader Mao Zedong from his mountain base in Yan’an to the wartime capital of Chongqing to meet with Generalissimo Chiang Kai-shek. The ensuing seven weeks of talks gave some hope that a post-war political settlement could be brokered. However, the situation soon degenerated into civil war and in 1949 Chiang Kai-shek and his nationalists retreated to Taiwan.