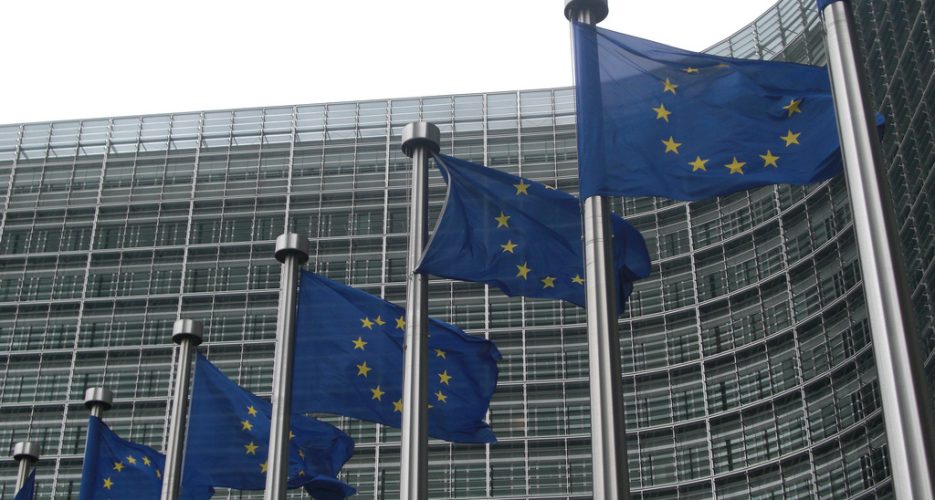 The European Commission has designated North Korean representatives and the German branch of the DPRK’s national insurance company on Thursday for their possible contributions to North Korea’s illicit weapons programs.

The six individuals and one company now fall under the purview of Council Regulation (EC) No. 329/2007, which bars exports to North Korea which could be used to fund the nation’s WMD or missile programs, as well as freezing the funds of persons or organizations contributing to said programs.

“KNIC GmbH, as a subsidiary controlled by KNIC headquarters in Pyongyang … a government entity, is generating substantial foreign exchange revenue which is used to support the regime in North Korea,” the regulation document read.

“Those resources could contribute to the DPRK’s nuclear-related, ballistic missile-related or other weapons of mass destruction-related programmes.” The new regulation is binding for all member states within the European Union.

The sanctions also note that KNIC’s headquarters in the North Korean capital are linked to the North’s alleged foreign currency-generating Office 39, an entity already under designation.

The six newly listed persons are all connected with KNIC GmbH. This includes three individuals – Kim Il Su, Kang Song Nam, and Choe Chun Sik – who are authorized plenipotentiary representatives of the company. Two other individuals – Sin Kyu Nam and Pak Cun San – who are head of depatment at KNIC headquarters in Pyongyang, and a sixth, So Tong Myong, the managing director of KNIC GmbH in Hamburg.

The German branch seems to have been central to some of KNIC’s insurance operations overseas with its official email address listed as the contact address for North Korea’s memberships with the International Union of Marine Insurance (IUMI) and the International Association of Agricultural Production Insurers (AIAG).

According to an expert on sanctions enforcement, the designation could have a significant impact on KNIC’s ability to conduct business globally.

“This will badly damage KNIC’s ability to operate. In many parts of the world the DPRK would simply move money out of the way as soon as such regulations are enacted but the Germans can be relied on to bring the new designations into force quickly, denying the DPRK the chance to do this,” the sanctions expert, who asked to remain anonymous for professional reasons, told NK News on Friday.

“For any business having bank accounts frozen is a huge problem but for an insurance company – a financial institution – this is worse than for most.”

According to the KNIC website, the company’s net worth in 2014 was reported at 80 billion North Korean Won. Using the official exchange rate of 131 Won to the U.S dollar this is in excess of $610 million. These numbers however cannot be independently verified.

NK News spoke briefly with KINC GmbH but did not receive a response to questions regarding the designation. The European Commission, also contacted by NK News, was unable to provide details that expanded upon the official documents provided.

KINC have long been alleged to exaggerate re-insurance claims and to conduct insurance fraud in order to earn hard capital for elites in Pyongyang.

North Korean defector Kim Kwang-jin previously claimed that he, while working for KNIC in Singapore, had placed as much as $20 million of the company’s money into suitcases and sent it to the capital as a present for former leader Kim Jong Il.

KNIC has also been involved in high-profile re-insurance cases in the past, including in the UK in 2008 when it won a settlement against a group of insurers that included Allianz, Generali and Lloyd’s. The group agreed to pay $58.2 million in a claim, that stemmed from a helicopter crash in Pyongyang in 2005, following a UK high court decision in KNIC’s favor.

The insurers group had alleged fraud and impropriety on the part of KNIC as a state-owned enterprise but agreed to retract the statements following the case.

The European Commission has designated North Korean representatives and the German branch of the DPRK's national insurance company on Thursday for their possible contributions to North Korea's illicit weapons programs.The six individuals and one company now fall under the purview of Council Regulation (EC) No. 329/2007, which bars exports to North Korea which could be used to fund the