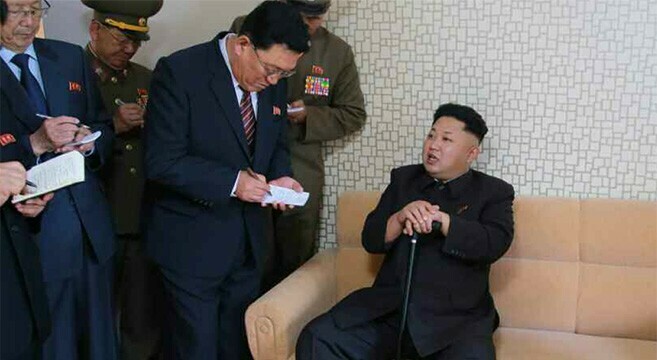 Kim had been missing from public view since attending a concert in Pyongyang on September 3, with his absence sparking widespread rumors about his health and the stability of the leadership.

Rumors of a foot or ankle injury, which had grown particularly prominent in recent days, appear to be proven correct by the pictures published on Tuesday.

An article earlier published by KCNA at about 4 a.m. Korean Standard Time (KST) was first to provide details about Kim’s reappearance: a field guidance visit to a newly built residential district for scientists.

The report did not contain references to his health, though previous state media reports had mentioned his “discomfort” – or time out of public view. 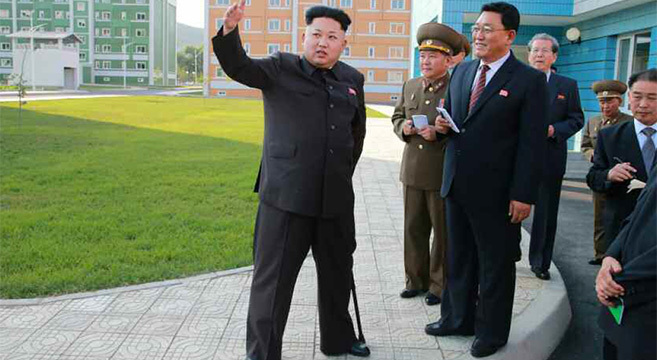 “Kim Jong Un, first secretary of the Workers’ Party of Korea, first chairman of the National Defence Commission of the DPRK and supreme commander of the Korean People’s Army, gave field guidance to the newly built Wisong Scientists Residential District,” the article said.

The report said Kim was accompanied by high-ranking officials Hwang Pyong So, Choe Thae Bok, Choe Ryong Hae, Han Kwang Sang and Kim Jong Gwan. Hwang Pyong So and Choe Ryong Hae were part of a high-level delegation which conducted a surprise visit to Incheon on October 4 to attend the closing ceremony of the Asian Games.

“It (the appearance) is possibly a response to the international media attention that his public absence attracted, particularly during the last two weeks,” Michael Madden, author of the NK Leadership blog told NK News on Tuesday.

“It’s quite interesting that his first appearance was to an apartment complex where some of the scientists involved in the long-range rocket program will soon reside,” Madden added.

Madden also commented on the presence of the cane in the images, saying that state media had previously covered Kim Jong Il’s field guidance trips when he was physically unfit.

“Kim Jong Il had numerous, lengthier absences away from DPRK public life, and during the last few years he was routinely photographed and filmed riding in an electric cart and having to sit down for long spells during his on-site visits.

A small cart can similarly be seen in the background of one of the images published in the Rodong Sinmun on Tuesday.

The KCNA report also said Kim appeared at a second location – the “newly built Natural Energy Institute of the State Academy of Sciences.” 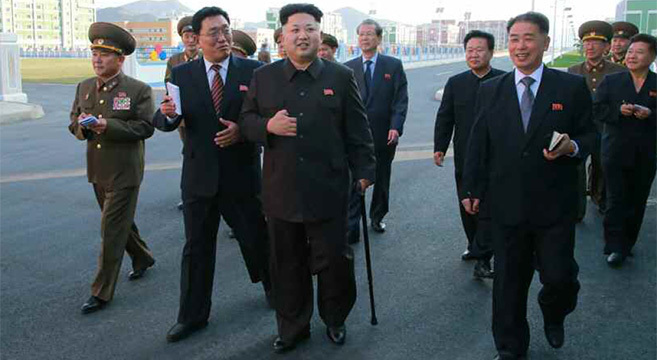 “Our scientists are patriots who are devoting all their lives to building a rich and powerful nation, convinced that though there is no frontier in science, they have a socialist motherland and are under the care of the mother party,” the KCNA quoted Kim as saying.

“There is nothing to spare for them. It is necessary to project and treat scientists preferentially and always take care of them.”

The article also said that Kim then took part in a photo session with scientists in front of statues of his father and grandfather, Kim Jong Il and Kim Il Sung.

Kim Jong Un appeared for the first time in 40 days using a cane, photos published by North Korea's state-run Rodong Sinmun newspaper showed on Tuesday.Kim had been missing from public view since attending a concert in Pyongyang on September 3, with his absence sparking widespread rumors about his health and the stability of the leadership.Rumors of a foot or ankle injury, which had grown