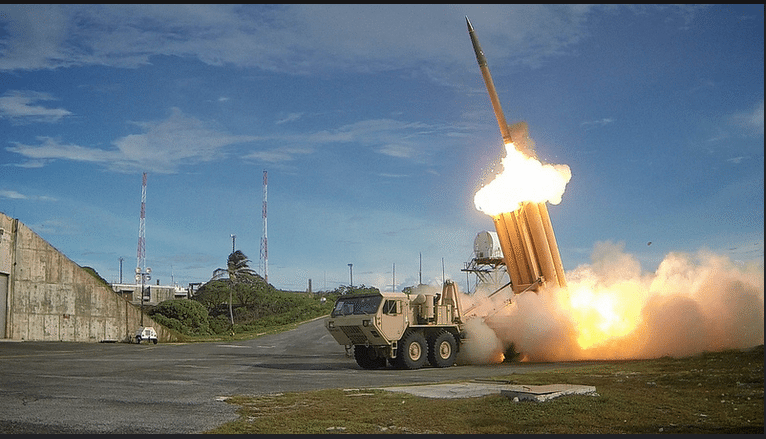 Accusing the U.S. of trying to “overpower the neighboring big powers” the editorial argued that the move was part of a U.S. military strategy designed to “pressurize potential challengers in the region, China in particular.”

Referring to the recent Ulchi Freedom Guardian exercises, which provoked criticisms from the DPRK, the article further accused the U.S. for exacerbating military tensions on the peninsula.

“It is none other than the U.S. that deployed large quantities of nukes and missiles in and around South Korea, and is kicking up war exercise rackets with an undisguised intention to launch a preemptive attack on the DPRK,” said the article. “The U.S. maneuver to build the MD in south Korea greatly endangers the situation of the Korean peninsula and other parts of Northeast Asia.”

North Korean media typically lower-cases the “s” in “South Korea” in reflection of the belief that the two Koreas are one country.

A THAAD system in South Korea would be a step towards a regionally cooperative missile defense (MD) network in Asia, which the U.S. hopes to establish with the help of South Korea and Japan.

But China and Russia have both voiced opposition, which many analysts say is likely being factored into South Korea’s hesitance to move forward with the U.S. proposal.

THAAD’s X-Band radar technology in particular is a major sticking point for neighboring China and Russia, according to experts. By tracking missile activity over a range of up to 1,000 kilometers, transportable X-band radar in effect compromises neighboring countries’ long-distance missile delivery capabilities.

“The U.S. is trying to draw south Korea into its MD in an attempt to tighten the siege around China and thus increase the effect of its strike on the other side to the utmost while reducing its damage to the minimum,” the Rodong editorial said.

“An evidence of it is the fact that X-Band radar to be operated together with THAAD in south Korea ranges 1 000 km covering the major regions of China.”

Chinese President Xi Jinping reportedly asked South Korean President Park Geun-hye to “tread carefully” in regards to the issue at summit talks between the two countries in early July, according to the Yonhap News Agency.

Although South Korea requested information on the THAAD from the Pentagon late last year, Seoul has held the position that they have no plans to purchase any THAAD systems in the near future, citing high costs and plans to further update its Korea Air and Missile Defense (KAMD) system.

Still, the Rodong said the deployment “demands the DPRK further bolster up its war deterrent for regional peace and security.

“We will in the future too, as in the past, make every effort possible for peace and security of the Korean peninsula and other regions of Northeast Asia.”

Accusing the U.S. of trying to “overpower the neighboring big powers” the editorial argued that the move was part of a U.S. military strategy designed to “pressurize potential challengers in the region, China in particular.”