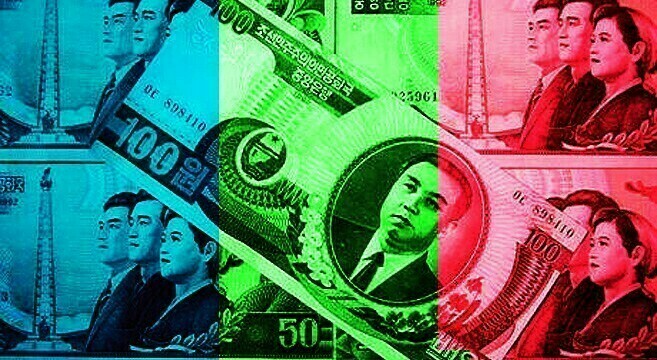 As of now, the highest denomination of currency in North Korea is 5,000 won, which in reality is only worth 70 cents. It isn’t practical or reliable, and its users have lost faith in their government’s ability to create an economically viable currency.

None of this changed in August when state officials announced the replacement of the 5,000 won bill. In fact, the most memorable aspect of this replacement was the disappearance of state leader Kim Il Sung’s face from the bill.

Although at least economically this change wasn’t as dramatic as the 2009 currency revaluation debacle which left many North Koreans devoid of their savings, it is a sign that the regime may be attempting to revitalize its currency.

Chris Green, manager of international affairs at the Daily NK, spoke with Kurt Achin for the NK News podcast on this matter. Both locals and experts, he said, have speculated that the replacement of the 5,000 won bill signifies the issuing of a 10,000 won bill, but this is unlikely to be anything more than a minor improvement.

Prior to the replacement of the 5,000 won notes, North Korean officials had openly discussed plans with the chairpersons of people’s units, informing the public that there will be unlimited 1:1 exchanges at local state banks, and the face of Kim Jong Il will be featured on the front of the bill.

The openness of the swap, despite its inaccuracy, was possibly an attempt to mitigate the consequences of the sudden currency revaluation in 2009. The government in order to curb marketization, had slashed the value of 1,000 won to 10 won, giving citizens a mere week to exchange a limited amount of money.

Since then, public trust and attitude towards North Korean currency plummeted.

“They view it as both worthless in practical terms and also a source of danger,” Green said.

“Most of the sources that we at Daily NK speak to would not wish to use North Korean money if at all possible. They certainly wouldn’t store value in it over the medium to long term.”

Although some North Korean citizens of lower means or those who reside in-land may have to rely on inefficient North Korean currency for market transactions, an increasing number of citizens near the border and in Pyongyang have turned to “hard currencies” such as the Chinese yuan, Japanese yen, and U.S. dollar, which are more valuable and more consistent.

The reliance on foreign capital in North Korea, particularly the Chinese yuan (a phenomenon Green calls “yuanization”) isn’t purely an economic matter, but also has social and political ramifications.

“If one’s currency or one’s capacity to earn that currency is not entirely beholden to the state, it opens up new avenues of thought and exchange and interaction between people.

“There is also an inter-social schism problem here,” he said, alluding to the disparity between party members who carry wads of U.S. bills and non-party officials who cannot.

“There are social class elements to that, and it creates an element of who…matters and who doesn’t matter in society.”

RUNNING OUT OF OPTIONS

It seems that North Korea’s money troubles are far too deep for a standard fix. The possible remedy of revaluing the currency rate is out of the picture, due to the damages of the 2009 attempt.

Another possibility for the North Korean government is to set a “currency peg” to the Chinese RMB, but as Green pointed out, this is unlikely to happen because of the unfavorable political message it sends.

Rather, Green said, it will take change proven over time.

“A process of reform and opening where people began to see that the economy was changing rather than simply improving, and the way that it was being run is changing, over the course of decades, that might change people’s perceptions.”

As of now, the highest denomination of currency in North Korea is 5,000 won, which in reality is only worth 70 cents. It isn’t practical or reliable, and its users have lost faith in their government’s ability to create an economically viable currency.

None of this changed in August when state officials announced the replacement of the 5,000 won bill. In fact, the most memorable aspect of this replacement was the disappearance of state leader Kim Il Sung's face from the bill.

Doyun is an NK News contributor based in Seoul. She studied Sociology and English at Wellesley College, where she initially developed her interest in DPRK issues.