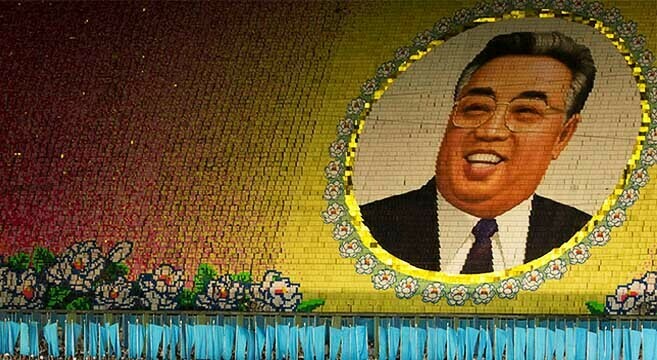 Unfortunately, due to the length of time between the two satellite photos, it is not possible to determine exactly when it was demolished or how long the job took.

October 2013 pictures show that the main building and its foundation, located on a 100m x 100m site (approximately), have been razed by North Korean workers and replaced with young trees.

Support buildings near the palace seem to have been preserved to date (at least on the outside). Perhaps, in time, this site will be converted to a new park or rest house.

The Daily NK in 2005 reported that construction on the former palace began in 1981 and was completed in 1984. Since Kim Il Sung reportedly died at the palace in 1994, Kim Jong Il was rumored to have subsequently avoided the property over its ominous connotations. As such, the main building was actively used for just 10 years.

Though it may be considered significant that one of Kim Il Sung’s palaces has been torn down, this activity is not unprecedented.

In Kyongsong County on the east coast (41.731527°, 129.381957°) Kim Il Sung enjoyed another large Korean-style palace. It was torn down sometime before June 2008, the earliest available commercial satellite image of the site.

According to the Database Center for North Korean Human Rights, this mountain valley was also previously the site of a political prison camp: Kwanliso No. 11.

Newly released Google Earth satellite imagery reveals that Kim Il Sung's secluded Hyangsan palace – the building he reportedly died in – has been torn down.Unfortunately, due to the length of time between the two satellite photos, it is not possible to determine exactly when it was demolished or how long the job took.[caption id="attachment_127382" align="aligncenter" width="655"] 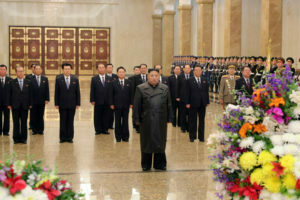