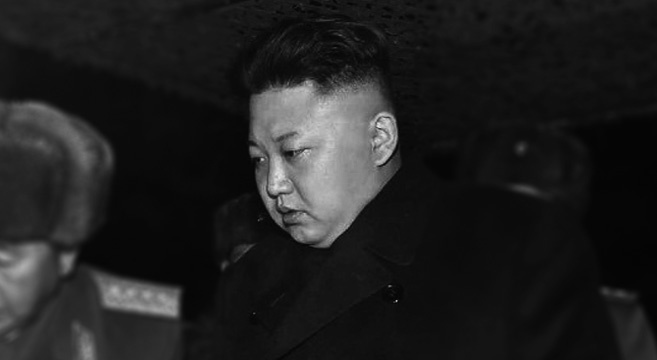 North Korean Supreme Leader Kim Jong Un has been warned that he and senior leadership figures could be held accountable for crimes against humanity, a panel of experts mandated by the UN’s Human Rights Council to investigate human rights abuses in North Korea said on Monday.

The warning that Kim Jong Un could personally be referred to the International Criminal Court came as a UN Commission of Inquiry (COI) led by Australian chair Judge Michael Kirby presented a 400 page report documenting human rights abuses in North Korea at a press conference in Geneva.

Because all lines of authority stop at the Supreme Leader in North Korea, Judge Kirby explained that a letter had been sent to Kim Jong Un warning that he could ultimately be held accountable for crimes against humanity that included torture, starvation, forced abortions, enslavement and mass killings.

“[Kim Jong Un] is the head of the Korean Worker’s Party, the Korean Security Agency, the Politburo, and is named the Supreme Leader of the entire country. People following him around to take notes of every chance word he has to take, which is regarded in the personality cult as gospel, so a great deal of the responsibility must lie with this person,” Kirby told reporters when explaining the COI’s position.

“If you’re at the centre, then you have power to change things,” Kirby argued.

In its personal letter to Kim Jong Un, the COI said it would recommend referral of the situation in North Korea to the International Criminal Court “to render accountable all those, including possibly yourself, who may be responsible for the crimes against humanity referred to in this letter and in the Commission’s report.”

Evidence for the 400 page report, which “reveals a State that does not have any parallel in the contemporary world,” was gathered through testimony of more than 100 people, including victims, witnesses and experts and satellite imagery.

While Judge Kirby said he hoped the report, which was written without the cooperation of the North Korean government, could “galvanize action on the part of the international community,” North Korea rejected the findings and dismissed those involved with it as nothing more than “human scum”.

A two-page North Korean statement, in English, said the report was an “instrument of a political plot aimed at sabotaging the socialist system” and defaming the country, Reuters said on Monday.

But Kirby lashed out at North Korea for its abject failure to respond to any request to visit the DPRK or engage with Pyongyang’s leadership on the subject of human rights, saying that “a very good way to answer North Korea’s denial is to allow the door to be opened, allow the international community to engage, to allow investigators, reporters in.”

Kirby said that it was however a “decade of endeavors” to engage North Korea about human rights that led to the establishment of the UN COI one year ago.

“I don’t think anybody expects the COI to have a major effect on human rights in North Korea in the short to medium term. However, it was a necessary activity for the purpose of establishing a benchmark and providing a public record,” North Korea watcher Christopher Green told NK News from Seoul.

“It will place a certain degree of pressure on North Korea, which, though it will continue to utterly refute the legitimacy of the UN and its various human rights bodies, may still opt to reduce its human rights abuses behind the scenes. We’ve seen evidence of somewhat effective pressure of this sort before,” Green added.

China, the North’s long-time ally, is one of five permanent members of the UN Security Council and can veto resolutions put before it, regardless of how extensive their support is.

Asked whether it would plans to submit North Korea to the ICC , China’s foreign ministry spokeswoman Hua Chunying told reporters on Monday, “Submitting this report to the ICC will not help resolve the human rights situation in the relevant country.”

One expert told NK News that blanket criticism of North Korea’s human rights abuses was unlikely to be effective unless it recognized broader contextual issues.

“This problem cannot be resolved unilaterally, nor swiftly, without transforming the political climate of the whole region: that is to say, ending the Korean War, diplomatically recognising the DPRK, lifting economic sanctions against it, and improving all forms of exchange with the North,” said Dr. Leonid Petrov, a North Korea researcher at the Australian National University in Canberra.

“In a perpetual and assiduously cultivated ‘state of emergency,’ the North believes regime survival justifies any means, even at the expense of human rights.

“[But] without the goodwill of regional policy makers to address the problem of the Korean War especially, the issue of Human Rights in Korea is unlikely to be resolved,” Petrov added.

North Korea has for long requested a formal end to the Korean War and argued that there exist no human rights abuses or gulags within its territory.

North Korean Supreme Leader Kim Jong Un has been warned that he and senior leadership figures could be held accountable for crimes against humanity, a panel of experts mandated by the UN's Human Rights Council to investigate human rights abuses in North Korea said on Monday.

The warning that Kim Jong Un could personally be referred to the International Criminal Court came as a UN Commission of Inquiry (COI) led by Australian chair Judge Michael Kirby presented a 400 page report documenting human rights abuses in North Korea at a press conference in Geneva.