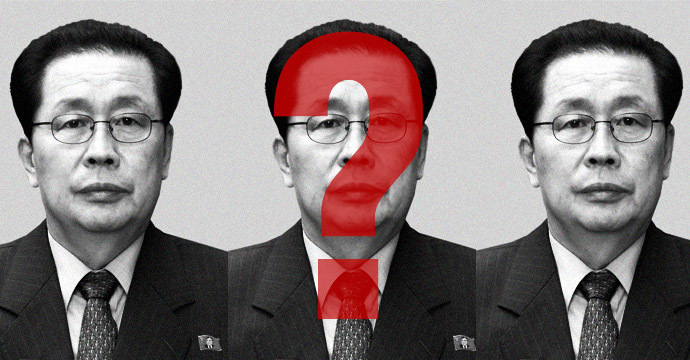 Jang Song Taek, an influential advisor to the Kim family and the uncle of Kim Jong Un, has ‘likely’ been removed from power, South Korean lawmaker Jung Cheong-ra told media on Tuesday.

The lawmaker, citing information made available during a meeting with South Korea’s National Intelligence Service (NIS), said that “multiple reliable sources” had indicated Jang to have been removed from power and two of his closest confidants, now named as Ri Ryong Ha and Jang Su Gil, had been executed – for corruption and activities that countered the goals of the Korean Worker’s Party.

If true, Jang’s sacking as vice chairman of North Korea’s National Defence Commission and as a department head of the ruling Korean Workers’ Party would be a bold but potentially problematic move for North Korean leader Kim Jong Un.

Little is know about the Jang’s two confidents – both were Deputy Directors of unknown WPK departments, and had not attended any public events since late last year.

“If Kim Jong Un is getting rid of Jang he must feel highly confident about authority and this could prove pretty damaging in the long run,” North Korea leadership expert Michael Madden told NK News by telephone from The Hague.

“Kim doesn’t have anyone else in his social circle that has the institutional memory of Jang for managing North Korea,” Madden added, underscoring that “having Jang at the head of North Korea as a top aide is a critical thing.”

Experts have long viewed Jang as a central figure in North Korea, being known for helping secure the leadership transition from Kim Jong Il to Kim Jong Un and more recently, for promoting economic reform and the development of additional special economic zones – two issues that observers say could have caused friction with the military.

“Jang’s disappearance could signal open economic competition between the military and other organs, with the old guard seeing their resources getting diminished and moving to oust him and isolate him,” one source who wished to remain anonymous due to regular work inside North Korea told NK News.

“If the news is true, either Kim Jong Un is deciding it’s time to go out on his own or a group got his ear and talked him into it,” the source added.

Data from the NK News North Korea Leadership Tracker and KCNA Watch tool illustrates that Jang’s last public appearance was on November 6, at a meeting with former Japanese pro-wrestler Antonio Inoki – who himself makes regular visits to DPRK. 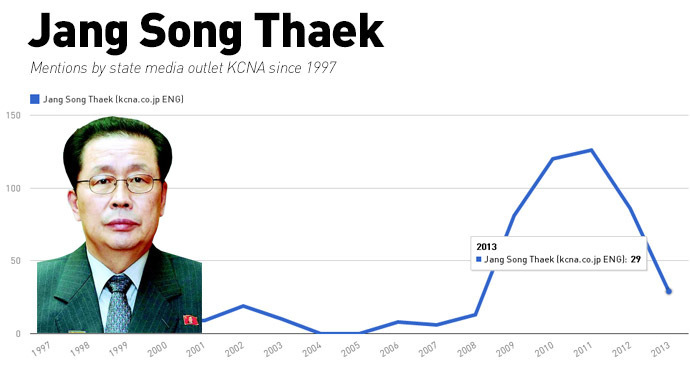 Prior to that, rumors emerged online that Jang attended an October 8 meeting convened by Kim Jong Un with senior economic-related officials from the Party, the Cabinet and local governments, in which “major plans for economic development were approved”.

The meeting, – which went unreported by official state media – was “held at the request of Jang, and he was allowed to have the full control of the economic campaign,” a source told East-Asia-Intel.com at the time.

“Is Jang working behind the scenes on special economic zones and doesn’t have to show up in public any more,” Madden added, pointing out that “you don’t have to make public appearances in North Korea”.

Jang Song Taek previously disappeared from power under Kim Jong Il in 2004, having been first deputy director of the Organization and Guidance Department, subsequently re-emerging on a trip to China with Kim Jong Il in 2006. He was later promoted to a position in the National Defence Commission in 2009 and eventually emerged as its vice-chairman in 2010.

In this context, International editor at the Seoul-based Daily NK Chris Green said that Jang’s removal – if true – might not necessarily pose the type of major problems that some North Korea watchers have forecast.

“Based on two past precedents: first, the removal of Jang himself by Kim Jong-il in 2004, and two, the removal of Ri Yong-ho in 2012, it is my presumption that the future of North Korea will be unchanged, in terms of state security at least,” Green said.

“In particular, this will be true if Jang retains his financial power even as he loses political influence. As long as he doesn’t fear for his life, I think stability can be maintained,” Green added.

However, observers in South Korea interviewed by local media suggested Jang’s disappearance could lead to future turbulence for inter-Korean relations.

“Jang Song Thaek‏ has showed a middle-of-the-road attitude when it comes to policies of South Korea. He is the one who was against expanding military power in North Korea. As Jang lost his position, it could affect inter-Korean relations,” Hong Min, a professor at Dongguk University Department of North Korean Studies told JTBC news.

While speculation of Jang’s disappearance continues to circulate heavily in global media, no news has yet surfaced about the possible impact on Kim Kyong-hui, Jang’s estranged wife and blood aunt of Kim Jong Un. 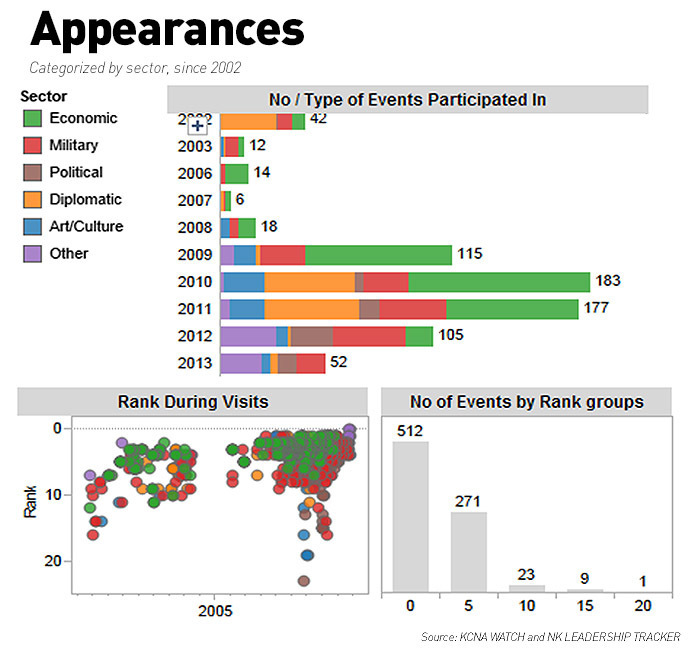 Jang Song Taek, an influential advisor to the Kim family and the uncle of Kim Jong Un, has 'likely' been removed from power, South Korean lawmaker Jung Cheong-ra told media on Tuesday.The lawmaker, citing information made available during a meeting with South Korea's National Intelligence Service (NIS), said that "multiple reliable sources" had indicated Jang to have been removed from power