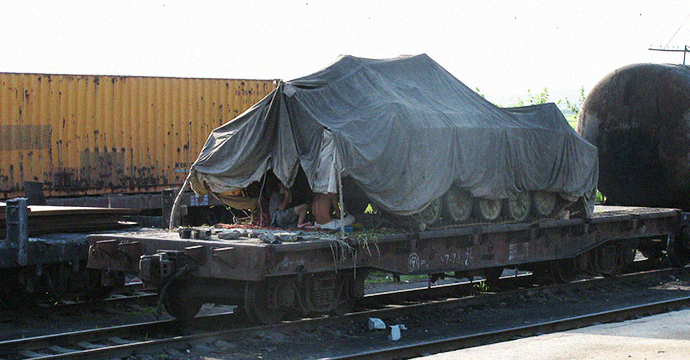 North Korea has made three updates to its railway infrastructure, all observable in recent updates to Google Earth satellite imagery.

The first railway update has received plenty of western media attention, the opening of the Russia – Rason Railway line. The announcement was made on September 23. Official Russian photos can be seen here. Official DPRK television coverage can be seen here.

This new 54km railway line is Russian gauge, so trains can travel directly to/from the Russian border to the Rajin Port. The remainder of the DPRK’s railway network is built at Chinese gauge.  This will open up Rajin’s pier No. 3 (currently being leased by the North Koreans to the Russians) to more Russian cargo, particularly in the winter as it will remain ice-free.

Secondly, a new railway spur on the Phyongra line (below in Orange) is being built to service one of the DPRK’s most popular hot spring resorts, the Onpho Hot Spring in Kyongsong county.

The area around the Onpho Hot Spring and the nearby Kyongsong Hot spring was was initially developed by Russian emigrants in the early 20th century into resort called “Novina”. Today the site hosts two Korean-built facilities. One compound is for the general public and another compound to the west is for the DPRK leadership.  The Daily NK reported that the leadership compound was updated sometime before 2010. 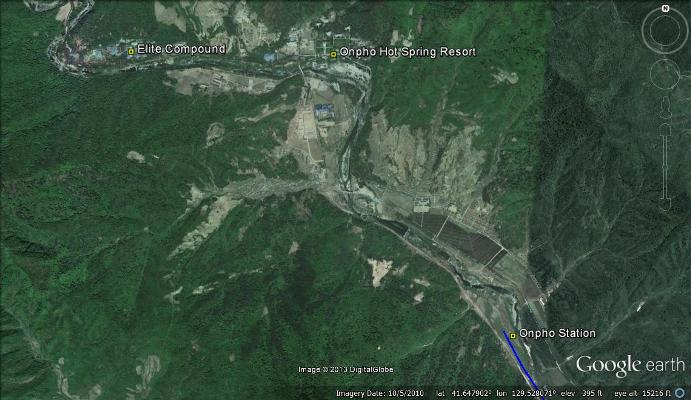 It is unlcear at this point if the new railway station is intended to serve the public or leadership.  We will not know until it is completed. The DPRK is building and renovating entertainment and facilities across the country so it is likely the railway line is intended for the general public.

Kim Il Sung’s former leadership train station is in a separate valley south of Kyongsong. It is linked by special road to an area north of Onpho that used to be a villa for Kim Il Sung. It has since been torn down. 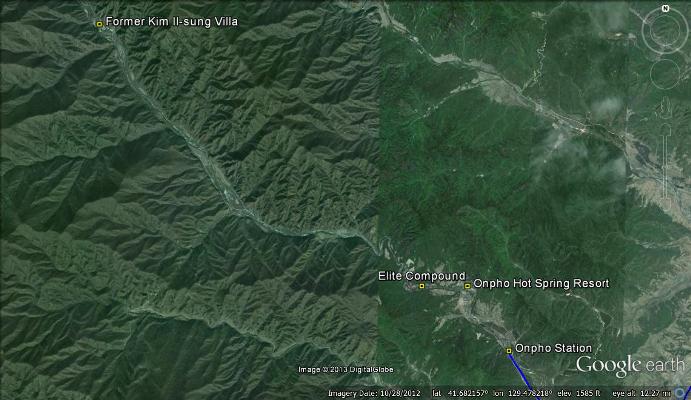 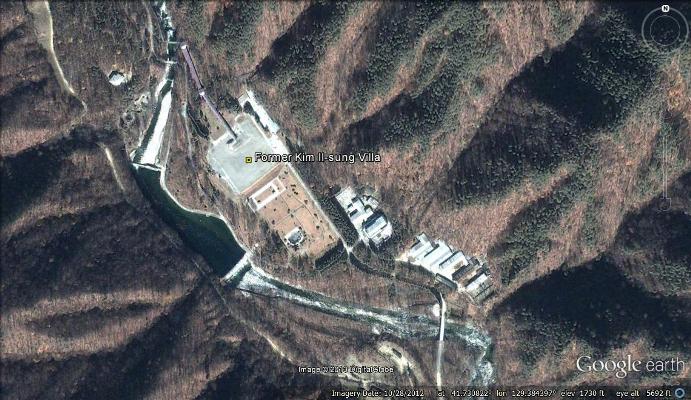 Third, on the 23rd of September North Korea’s international radio service, Voice of Korea, announced that construction of widened railroad tracks on a line (below in orange) from Taethaek Station to the town of Paekham was 80% completed.

Paekam was previously only accessible by regular rail service from Yonsa the north-east, but construction of the reservoir for the Paektusan Songun Youth Power Station severed the old rail line. The new 43km rail line makes Paekam more accessible from the south and Hyesan, the provincial capital.

North Korea has made three updates to its railway infrastructure, all observable in recent updates to Google Earth satellite imagery.The first railway update has received plenty of western media attention, the opening of the Russia - Rason Railway line. The announcement was made on September 23. Official Russian photos can be seen here. Official DPRK television coverage can be seen here.