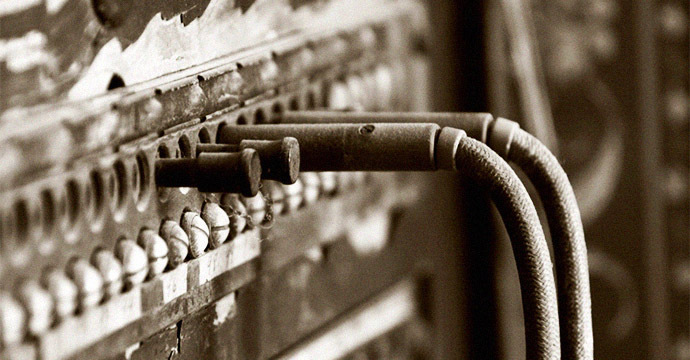 North and South Korea on Friday restored a military hotline on the West of the peninsula, a statement released by South Korea’s Ministry of Unification said.

A successful test call was conducted at 10:51AM KST, officials said.

Severed at the height of inter-Korean tensions in March, the restoration of the military hotline was agreed as a step towards better coordinating travel between the two sides as they work towards reopening the shuttered Kaesong Industrial complex.

The line will be active 24 hours a day, allowing South Korean workers to safely remain at the Kaesong Complex for long periods of time, South Korea’s unification ministry explained.

The restoration of the line was one of South Korea’s preconditions for normalizing the Kaesong complex, shut by North Korea in April of this year.

The two Koreas are also connected via a Red Cross hotline, which has likewise suffered connectivity problems in recent months.

North Korea cut the Red Cross hotline on March 27 amid heightened tensions with South Korea, reopening it on June 7 as the prospect of government-to-government talks with Seoul grew closer.

But after those talks ultimately broke down — over a dispute surrounding the ranking of chief negotiators on the two sides — the line was severed once again, on June 12. It was only then when the line was re-opened on July 3.

The inter-Korean military hotline was originally created in 1972 for communications between Red Cross delegations on opposites sides of the border at the truce village in Panmunjom. It eventually became the de-facto official military and diplomatic hotline between the two Koreas.

In total, four communication links exist in between the Koreas at Panmunjom: a phone, fax, and spare line with South Korea and a phone line with the U.S.-led UN Command. When active, the phone line is checked twice per day at 9:00 A.M. and 4:00 P.M., and one fax is sent per day in order to confirm that communications between both countries are open.

In 2009, North Korea cut off the Panmunjom hotline, but kept open a spare line for civil aviation authorities. Instead of closing down the joint industrial complex as it did in 2013, an inter-Korean liaison office relayed messages between the North and South to enable the Kaesong Industrial Complex to continue its operations.

Other hotline links between the two countries exist that are no longer in service.

In 2004, a maritime link was formed after deadly naval clashes in the 1998 and 2002, and was temporarily used after Yeonpyeong was shelled in 2011.

In 2006, North and South Korea set up two emergency hotlines to prevent spontaneous conflicts in the West Sea due to the annual “Key Resolve” exercises, but both were cut in May 2008 and have yet to recover.

A separate aviation hotline exists between the two Koreas’ major airports at Pyongyang and Incheon.

In May 2010 South Korea severed the hotline after the fatal deaths of 46 sailors aboard the Cheonan, a South Korean navy vessel. The line was was reopened five months later in October after a special request from North Korea.

North and South Korea on Friday restored a military hotline on the West of the peninsula, a statement released by South Korea's Ministry of Unification said.