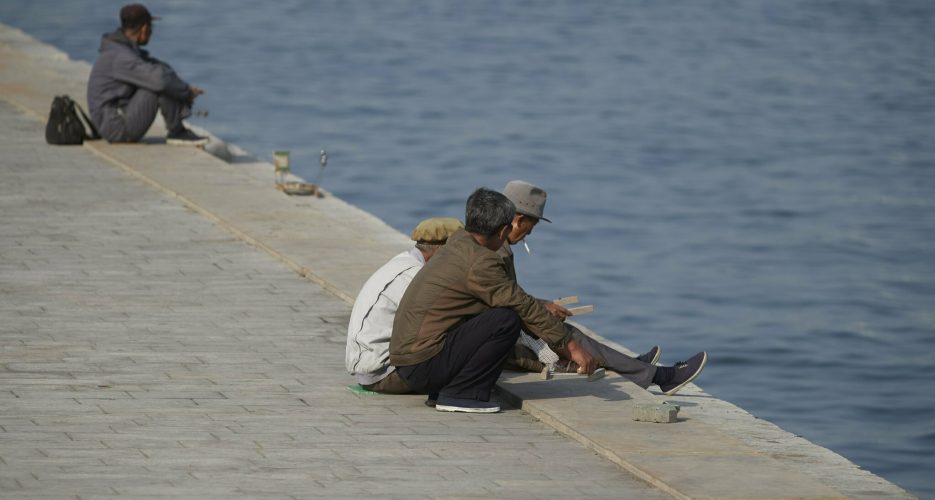 BEIJING – North Korea has developed two new luxury class hotels in the Eastern port town of Wonsan, a tour guide who was shown the hotels in July says.

“I like how now Wonsan could potentially become more of a holiday destination, you could spend a day sightseeing and the next day chilling in the resort or relaxing on the beach,” Davies said.

Currently, tourists to Wonsan typically stay at the Songdowon Tourist Hotel or the Dongmyon, both of which are decades old.

“All except 3rd class are equipped with the complete works of Kim Il Sung in pretty much every language you could hope for ,” Davies wrote in a blog posted on the Koryo Tours. It is unusual for hotel rooms to contain these books.

Nearby it appears that the Saenal may have been built for local North Korean customers to use, Davies says, because each room contains portraits of the late Kim Il Sung and son Kim Jong Il. Hotels designed for foreign tourists do not typically include rooms with these portraits.

Built next to land previously dominated by the Korean People’s Army, satellite expert Curtis Melvin writes that the military could be using facilities to generate additional income.

“It is also possible that the KPA has retained management control of these facilities and has opened them up to tourism as a means of attracting hard currency when they are not in use by service personnel,” Melvin said while exploring the history of the buildings used for the new hotels.

The two hotels have been strategically placed, built just a stones throw from Wonsan’s airport –– plans of which exist to be completely renovated.

Pricing for the hotels have not been published yet, but Richardson says they will soon be available for independent tourists seeking a beach portion to their vacation in North Korea.

Luxury hotels in other parts of the country are typically extremely costly, even for Western visitors.

Other luxury hotel building projects in the DPRK  have recently encountered hurdles:  a seven star hotel under construction next to the Koryo Hotel in Pyongyang has been on pause for months while plans to convert part of the infamous Ryugyong into a Kempinski hotel were recently abandoned.


Despite routine food shortages and a ranking of 125 in terms of gross domestic product, North Korea has at least five luxury hotels currently welcoming customers.

BEIJING - North Korea has developed two new luxury class hotels in the Eastern port town of Wonsan, a tour guide who was shown the hotels in July says.The two hotels are named the Kalma and Saenal and have seemingly built to facilitate beach tours to North Korea's East Coast, Sarah Davies of Koryo Tours last week told NK News.“I like how now Wonsan could potentially become more of a