Mein Kampf has little to offer a North Korean statesman
Why everyone was so easily persuaded by the idea of Kim Jong Un and his Hitler fantasy
Andrei Lankov June 21, 2013 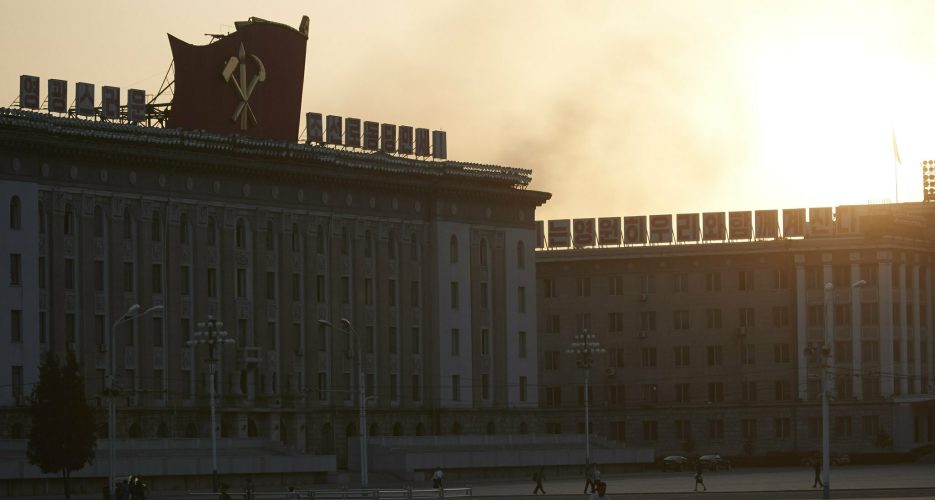 SEOUL – According to an old observation, the longer a political conversation goes on the more likely it is that someone is going to be compared to Hitler. Perhaps this observation can be extended to propaganda campaigns where the name of the old German dictator is mentioned all too frequently and claims of sympathy to the man are all too common.

The world media has of late been swamped with stories about Hitler in recent days. Many media outlets, starting from the Washington Post, have related the news which had initially appeared on a North Korean refugee website. According to these reports, Kim Jong Un handed copies of Hitler’s Mein Kampf in order to educate them on how a state should be run.

It was also alleged that Choe Pu Il, head of North Korea’s criminal police (not secret police, as most sources mistakenly reported) told his subordinates to learn from the Gestapo’s efficiency.

For the average western reader this sounds all too plausible, after all everyone knows that Adolf Hitler was very bad, and that Kim Jong Un by definition is not much better. Therefore, being the bad men they are, they are also all but certain have a regard for one another, being united by their visceral hatred of liberal democracy.

However, for anyone who has some knowledge of North Korean culture and of Nazi Germany, such allegations appear rather implausible. One cannot completely rule out that some North Korean leaders might have a less than negative view of Hitler, but even this is not all that likely.

The North Korean vision of world history emerged under the guidance of late Stalinist era Soviet historians. This vision was somewhat changed and updated from the 1960s, but such updates and changes were usually made in order to promote the idea of the Korean nation but did not touch ideas related to world history – seeing as they were not important enough to change. As a result, North Korean textbooks about world history still largely read as faithful translations of Soviet books on the same matters from the early 1950s.

In this picture of world history Hitler is seen as the embodiment of all that is evil, he is the pinnacle of bad men. The living exemplification of reactionary world capitalism. The word ‘fascist’ which in the Soviet cannon was applied to both Mussolini and Hitler has become among the most common terms of political abuse in North Korean political writing. As a matter of fact, the blood-thirsty American imperialists are said to commit atrocities that rival those of Hitler – the explicit assumption is that Hitler commited the worst of all the world’s atrocities.

It is remarkable that North Korea’s official historians sometimes use the same accusations against the US that have recently been made against them. In North Korean books one sometimes comes across states about how US leaders are actually secret admirers of Hitler, the U.S. reactionary ruling clique is also sometimes accused of being secret sponsors of Hitler’s rise to power.

Against such a background it becomes clear that an open endorcement of Hitler’s policies by any high level North Korean official is about as likely as the FBI director urging his staff to emulate the ‘achievements’ of Stalin’s NKVD or alternatively President Obama giving his advisors the little Red Book of Chairman Mao.

One can only wonder about the reason for such huge interest in a report that initially appeared on a small website and was based on reports from completely unnamed sources in China. The report’s popularity seems to come from a rather simplistic view of the world.

The general public tends to see the world as a place of epic struggle between the forces of good and evil, with the assumption being that every observer is on the side of the good. It seems only logical that the bad guys are also united and share a bad, repressive ideology. Such a worldview was much exemplified by George W. Bush’s remark about the Axis of Evil.

This explicitly that North Korea, Iraq and Iran were working unison with one another – being political and military allies. However, this view conveniently overlooked the fact that two alleged members of the Axis of Evil had quite recently fought one the most protracted and bloody wars the world had seen in the second half of the twentieth century (the Iran-Iraq War).

As a matter of fact, this vision is not limited to conservatives, recently on a Russian blog I encountered an entry by an unreconstructed Russian communist who explained to his comrades that the true followers of Lenin and Stalin should have no sympathy for Islamist movements because these movements merely another face of American imperialism (with whom they engage a brutal war of terror against forces of human progress). So the tendency to see a grand conspiracy of one’s enemies cuts across political and national divides.

Needless to say, this worldview is highly simplistic. North Korean leaders have learned since childhood that Hitler (usually grouped together with the Japanese imperialists) is the worst human being in all of history. Most of them are highly unlikely to give this person a second thought – after all, Hitler is very remote from the lives and experiences of the average North Korean official. Even if they have some doubts about such accusations, they are unlikely to challenge such things. As a matter of fact, Hitler as seen by a North Korean high school student is not all that different from that as seen by a high school student in Illinois.

And Mein Kampf, as a poorly edited collection of ramblings about evil jews, the racial superiority of Northern Europeans and the need for Lebensraum, has little to offer any aspiring North Korean statesman.

SEOUL – According to an old observation, the longer a political conversation goes on the more likely it is that someone is going to be compared to Hitler. Perhaps this observation can be extended to propaganda campaigns where the name of the old German dictator is mentioned all too frequently and claims of sympathy to the man are all too common.The world media has of late been swamped with 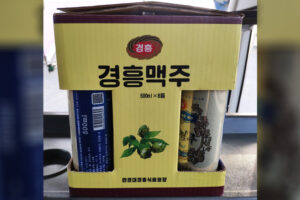