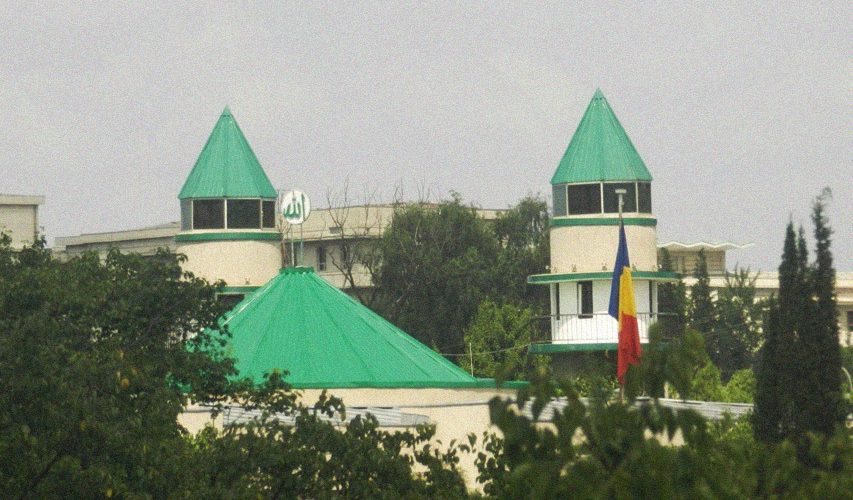 New pictures from NK Econwatch show that a a Shia mosque has been built at the Iranian embassy compound in Pyongyang. Located next to the Romanian embassy, the Iranian mosque puts the number of places of worship in the North Korean capital to five.

The extremely low number of Shia Muslims working in North Korea outside of the Iranian embassy mean that it the mosque was likely built with only embassy staff in mind.  Indeed, it is not uncommon for Iran to build prayer facilities at its overseas embassies, with both its Tokyo and Islamabad offices having two such examples.

While there are a number Islamic countries that are diplomatically represented in Pyongyang, North Korea satellite expert Curtis Melvin says that this is the first mosque there to his knowledge,

There is not a mosque at either the Egyptian embassy or the Pakistani embassy. I am unsure of the location of the Libyan embassy (do any readers know?) or whether it has a mosque. In the meantime, the DPRK might be the only country with a Shia mosque but not a Sunni mosque

Melvin notes that it might be possible for foreigners to visit the mosque, providing they adhere to Islamic custom,

If the embassy staff are good Muslims, they should allow you to enter the compound to visit the mosque. Just be sure to bring modest clothes, and women, please cover your heads.

While religion is ostensibly allowed in North Korea, practically speaking there are few if any opportunities for citizens to practice a faith openly.

Some western religious groups claim there are tens of thousands of Christians imprisoned in the North Korean prison system, however, they provide little factual evidence to substantiate their claims.