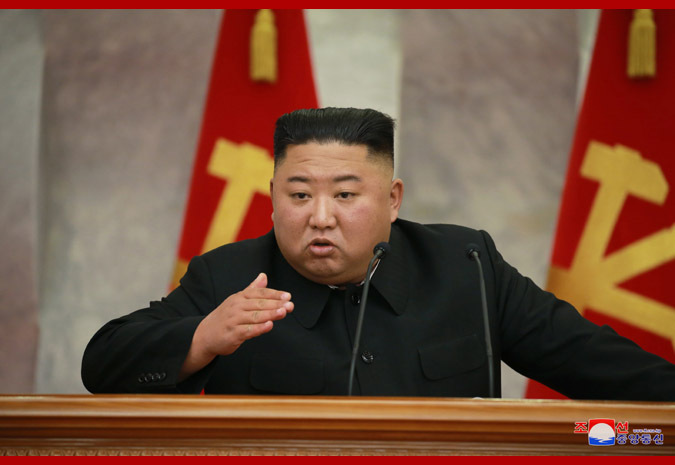 The country’s state-run KCNA described the meeting on Sunday as “an enlarged meeting” to discuss “issues of intensifying the party’s education and guidance of commanders and political officials of the people’s army.”

Kim Jong Un led the meeting, but the KCNA reported that Ri Pyong Chol — vice chairman of the Central Military Commission (CMC) of the Workers’ Party of Korea (WPK) — was also present.

The meeting appears to include other high-level officials, such as: officers of the General Political Bureau, the General Staff, the Ministry of People’s Armed Forces, vice directors of major WPK Central Committee departments and commanders within the Korean People’s Army.

Martin Weiser, a researcher on North Korean political history, told NK News that the meeting’s emphasis on stronger party guidance over the military and “issues” with commander-level military personnel “could point to larger reshuffles and criticism following the installment of Pak Jong Chon and Ri Pyong Chol as top military officials.”

This CMC meeting was originally intended to include an agenda item for Kim to approve or deny the KPA General Staff’s inter-Korean military plans, first revealed during tensions in June.

However, North Korea previously “suspended” plans to further retaliate against the South for unknown reasons after Pyongyang had vowed to take a “next action” against Seoul in addition to blowing up the inter-Korean joint liaison office in Kaesong on June 16.

The WPK’s Central Military Commission also convened for a closed meeting on Saturday to discuss the “potential military threat” on the Korean peninsula, as well as “further bolstering a war deterrent.” The KCNA stated that the meeting ended with the approval of “major key munitions production plan indices.”

“The ‘war deterrent’ could refer to the nuclear-capable submarine North Korea is known to develop,” Weiser said.

In the meeting, Kim Jong Un reportedly signed several unspecified orders, while the CMC reportedly made “historic” decisions to “more reliably guarantee the future of the Juche revolution with the reliable military muscle.”

The KCNA additionally reported that decisions to dismiss or appoint commanding officers in major posts of North Korea’s armed forces were made.

The country’s state-run KCNA described the meeting on Sunday as “an enlarged meeting” to discuss “issues of intensifying the party’s education and guidance of commanders and political officials of the people’s army.”

Kelly Kasulis is the Managing Editor of NK News, based in Seoul. She previously covered North and South Korea for Public Radio International, Al Jazeera English, Bloomberg Industry, Mic and many others. Follow Kelly on Twitter: @kasulisk.