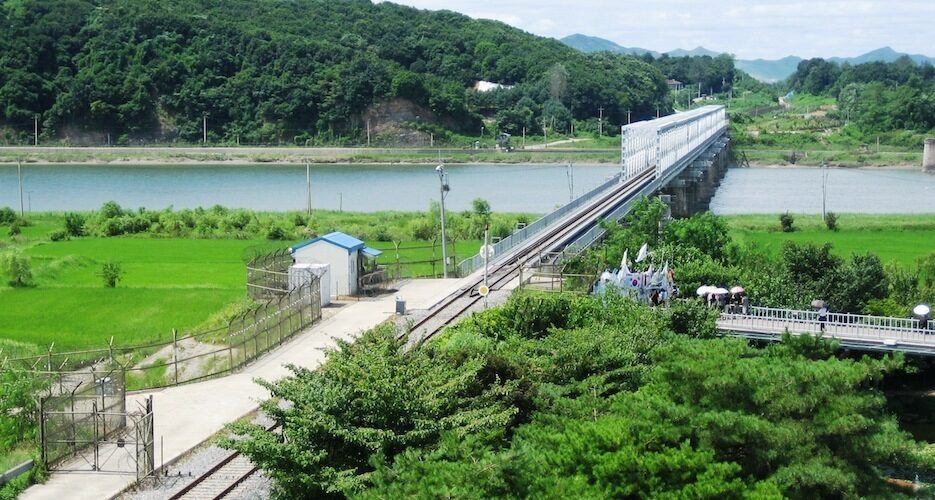 A South Korean province bordering North Korea on Friday said it would “mobilize all administrative power” to ban and punish activists working to send anti-regime leaflets to the North.

In a move that comes amid growing efforts by Seoul to crack down on the launches — which Pyongyang has blamed for worsening inter-Korean relations — Gyeonggi province said it was designating several border areas as “danger zones.”

“Gyeonggi province is defining the act of scattering anti-North leaflets as an act that threatens the life and safety of the province’s residents,” a statement by Gyeonggi vice-governor Lee Jae-gang said Friday morning.

Going forward, the statement said, those who scatter anti-regime leaflets are “banned” from Gimpo, Goyang, Paju, and Yeoncheon, adding that activist groups that had previously engaged in such launches would be fined.

Anti-regime leaflets that were not reported to authorities in advance will be considered “illicit advertisement materials,” the province said, adding that they will work with border area cities and counties to look into the leaflets that have already been scattered.

Leaflets that end up in border towns in the area will be considered “trash,” it continued, and those responsible for them will be asked to collect them back and pay for the clean up.

Activists that attempt to send plastic bottles to North — which usually carry rice, leaflets, USBs, and bibles — will also be “punished according to laws such as Waste Control Act and Marine Environment Management Act.”

To make sure such activities do not happen again in the “danger zones,” the province will move ahead with an investigation and crackdown by its “special judicial police,” the statement said.

It listed articles in the “Framework Act on the Management of Disasters and Safety” as the legal basis for the mayors and governors taking emergency measures.

Gyeonggi province is planning to ask police cooperation to “completely block” activists from entering the zones as well.

In an emergency press briefing at the Gyeonggi Provincial Office Friday morning, the vice-governor Lee Jae-gang told reporters that sending anti-regime leaflets across the border was “more than just a mere expression of opinion, but an extremely dangerous act instigating crisis, inducing armed conflict.”

“We will mobilize all administrative power that we can, to make sure this perilous situation do not happen again,” Lee said, referring an incident in 2014 in which residents of the province’s Yeoncheon county were forced to evacuate following North Korea’s decision to open fire on leaflets being sent by activists.

South Korean military had to return fire using K6 heavy machine guns, he added, emphasizing the gravity of the potential exchanges of fire that the leafleting activities might induce.

Activist groups condemned the province’s decision and insisted they would continue the launches.

Eric Foley, CEO and co-founder of Voice of the Martyrs Korea (VOMK) — an NGO recently blocked by authorities from sending rice bottles to the North — described the move as “disappointing.”

“Cooperation between Voice of the Martyrs Korea (VOMK) and Korean police, military, and intelligence services has served as an admirable international model for how the freedoms of speech and religion, the protection of property and public safety, and the advancement of political and economic peace and prosperity can all be safeguarded and jointly fostered,” he said in a press release.

“We are disappointed that authorities have chosen to suddenly and unilaterally disregard this proven model of effective cooperation,” he continued.

“We are grieved that they have criminalized even the most responsible and cooperative exercise of long-cherished rights as an inherent, imminent threat to peace and prosperity.”

Another group targeted by the measures, Keunsaem, told local media that it would still go ahead with a planned balloon launch on June 21.

A South Korean province bordering North Korea on Friday said it would "mobilize all administrative power" to ban and punish activists working to send anti-regime leaflets to the North.

In a move that comes amid growing efforts by Seoul to crack down on the launches -- which Pyongyang has blamed for worsening inter-Korean relations -- Gyeonggi province said it was designating several border areas as "danger zones."