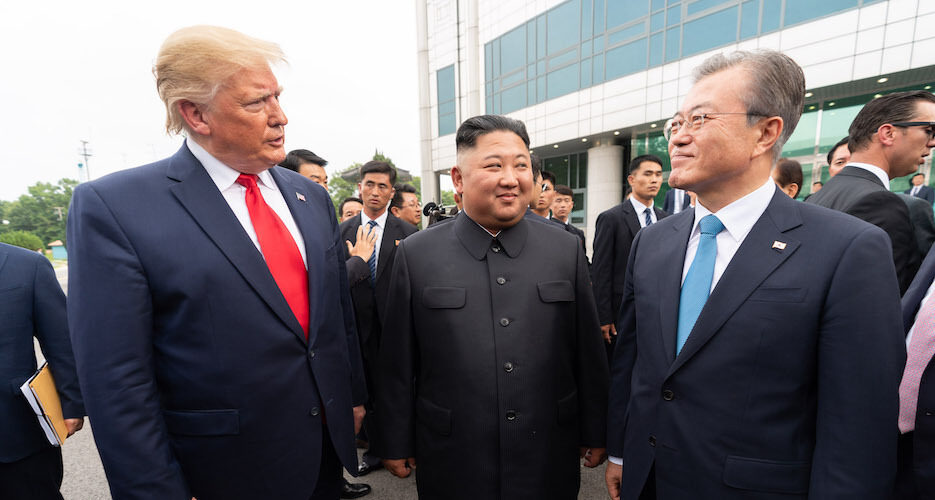 Speaking with the NK News podcast in an episode recorded last week, Vincent K. Brooks — who served as head of USFK, the United Nations Command (UNC) and the ROK-U.S. Combined Forces Command between 2016 and 2019 — suggested Washington take cues from Seoul in pursuing peace with Pyongyang.

Talks between the countries have stalled since October last year over the issue of sequencing, with North Korea repeatedly insisting that the U.S. provide “reciprocal measures” in the form of sanctions relief and other concessions before it moves ahead with denuclearization.

But Brooks told NK News last week that the U.S. ought to consider an approach more in line with that pursued by South Korea, in which trust-building takes precedence over denuclearization.

“For the U.S., it’s exactly the opposite: there must be demonstrated action on the stated purposes, denuclearization in this case, before trust can be gained and a new relationship can be built.”

“It’s my hope that we’ll take an enlightened view to that, take some risk from the U.S. perspective,” he continued. “And maybe go with the South Korean view of what the sequence should be, since they know North Korea better than the United States does.”

Asked what kind of steps could work towards ending the armistice and building lasting peace on the Korean peninsula, Brooks said a formal end-of-war declaration could go a long way to building trust — as well as prove palatable for hardliners in Pyongyang.

“Initially, the declaration of the end of hostilities could have value, even in North Korea, to give the leadership face,” he explained.

“To be able to change direction in the eyes of their population… they have to safe face to do that, after so many years of the propaganda the North Korean people have been fed.”

“Denuclearization must be a part of that, but trust building as well.”

The top U.S. official — who led USFK at a time of exceptionally high tensions with the North — told NK News that while the U.S. and North Korea were close to war during the “fire and fury” months of 2017, neither side had sought to start a conflict.

That said, Brooks said he was “aware” of planning within the Trump administration for a withdrawal of U.S. dependents from the Korean peninsula — a move that Pyongyang would almost certainly have interpreted as a sign that the U.S. was preparing for war.

“I was quite aware of it… and disturbed by it,” he said. “I thought that kind of recommendation needed to come from the theatre, in place, where I could get the pulse on how South Korea felt about it.”

“We didn’t have a mechanism of dialogue [with North Korea] at the time,” he explained. “That’s what causes danger to be the highest.”

Speaking with the NK News podcast in an episode recorded last week, Vincent K. Brooks -- who served as head of USFK, the United Nations Command (UNC) and the ROK-U.S. Combined Forces Command between 2016 and 2019 -- suggested Washington take cues from Seoul in pursuing peace with Pyongyang.