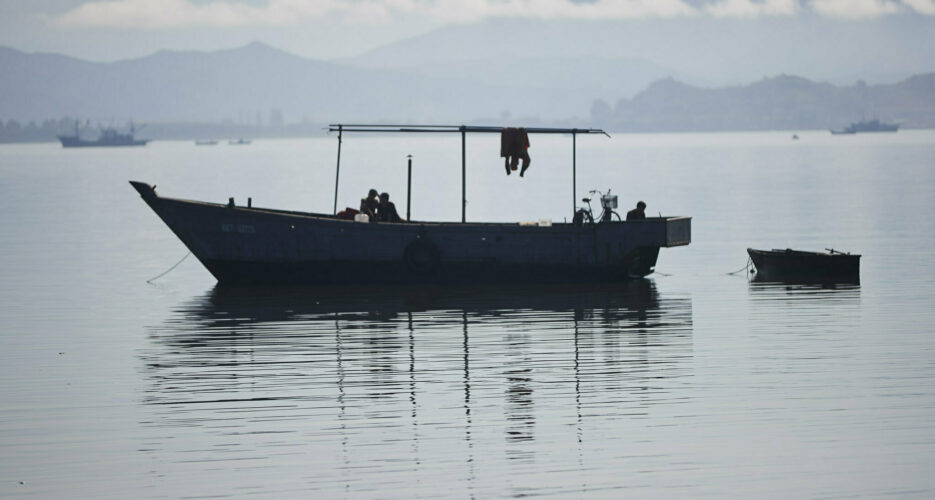 Prosecutors in Moscow issued three indictments this week against North Korean fishermen accused of illegally fishing in Russian waters last September and attacking Russian border guards when they were caught, an announcement on a government website said.

The move comes after a separate indictment was issued earlier this month against another one of the accused North Korean poachers.

The indictments were first reported on Wednesday by the official TASS News Agency.

According to the prosecutor general’s office in Russia’s Far Eastern Federal District — a vast region that stretches from the northeastern tip of the DPRK to the American state of Alaska — a group of border patrol agents allegedly spotted a foreign-flagged fishing boat engaged in the “illegal production of squid” in the Russian-controlled section of the Sea of Japan (known in Korea as the East Sea).

According to the prosecution, the Russian agents boarded the vessel and tried to detain the fishing crew, but “18 foreign seamen armed themselves with improvised objects” and attacked 11 border guards.

The allegations state that three of the fishermen, who were in “various places of the ship,” struck the agents with sticks.

They are accused by the Russian authorities of “using violence dangerous to life and health.”

The announcement published by the prosecution does not specify the nationality of the squid-fishing crew, but reports at the time stated that they were from North Korea.

Reports have also said that at least one of the DPRK nationals was killed during the fight.

The indicted North Koreans are accused of violating part 2 of article 318 of the Russian federal criminal code: using violence against a government representative.

Another member of the squid fishing crew was also indicted on the same criminal charge earlier this month.

The prosecutor’s office said investigations against other “foreign citizens in the group” continue as well.

Hundreds of DPRK citizens were arrested last year for allegedly poaching off of Russia’s far-eastern coast, with the earlier indictment, announced on May 19, marking the first such criminal case to move forward.

Seafood had been one of North Korea’s most profitable exports, but UN Security Council (UNSC) sanctions banned countries from importing seafood from the DPRK in 2017, after the North conducted intercontinental ballistic missile (ICBM) tests.

In this year’s UNSC’s annual Panel of Experts (PoE) report detailing North Korea’s alleged recent sanctions violations, the North was accused of illegally selling fishing rights to Chinese fishing vessels in DPRK waters, despite a United Nations ban on those sales as well.

And while Pyongyang may be encouraging foreign crews to come in and fish in DPRK territory, North Korean fishing vessels have ventured abroad in droves, according to reports.

The poaching issue has caused some tension in relations between Moscow and Pyongyang — senior diplomats from the two countries discussed the issue last year — although not enough to ruin their overall relationship.

DPRK state media has not commented on the indictments against the North Korean fishermen.

Prosecutors in Moscow issued three indictments this week against North Korean fishermen accused of illegally fishing in Russian waters last September and attacking Russian border guards when they were caught, an announcement on a government website said.

The move comes after a separate indictment was issued earlier this month against another one of the accused North Korean poachers.