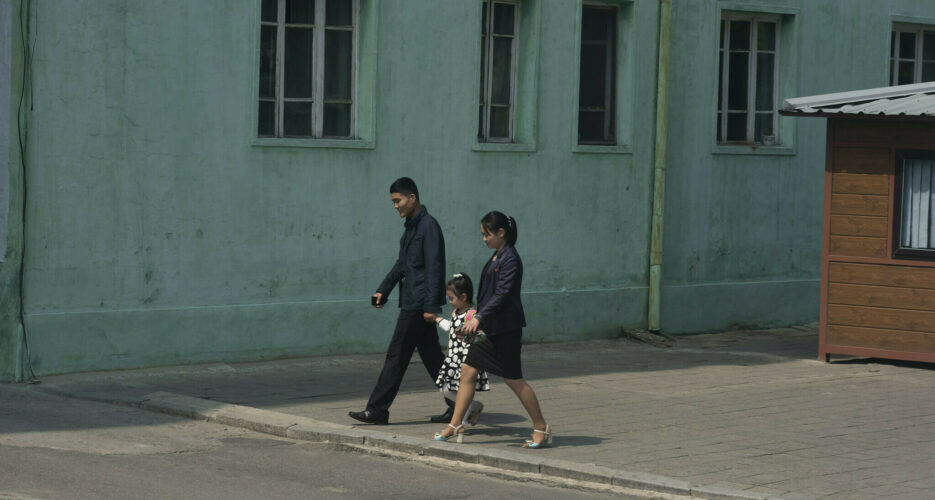 The German and Russian missions to the United Nations expressed alarm about the humanitarian situation in North Korea on Friday, but presented widely diverging views on what they say has caused the crisis.

In tweets posted after an online UN Security Council (UNSC) meeting, Russia called sanctions “collective punishment” against citizens of the DPRK, while Germany condemned North Korea’s “hypocrisy” in blocking help that the outside world is trying to bring to the country.

The comments come as UN agencies have warned repeatedly that millions of North Koreans are suffering from food insecurity and malnutrition — and as the COVID-19 pandemic continues to rage across the world, though Pyongyang continues to deny having any infections inside the country.

In their tweets, both Germany and Russia acknowledged the existence of humanitarian problems in the DPRK, but blamed different forces for exacerbating them.

“Intnl&unilateral sanctions become a means of collective punishment of #DPRK people who are affected by consequences of restrictive measures: food shortages to interrupted medicines supply,” Moscow’s mission to the UN wrote on Twitter, using shorthand for the word “international.”

“The hypocrisy on the part of the DPRK — to complain about the humanitarian effects of sanctions while restricting humanitarian access — reflects in a nutshell who bears responsibility for the humanitarian situation,” Christoph Heusgen, Berlin’s ambassador to the UN, was quoted on the German UN mission’s twitter account.

“The narrative that sanctions are detrimental to the humanitarian situation in #NorthKorea must be countered,” the tweet said.

Russia — a permanent member of the UNSC with veto power — approved the existing sanctions against the DPRK as punishment for the country’s nuclear weapons program, but in recent months has echoed Pyongyang’s position and called for sanctions relief instead.

Last December, Russia and China drafted a UN resolution calling for all sanctions to be lifted “related to the livelihood of the civilian population of the DPRK.”

The measure did not pass, but the sanctions debate has grown louder during the COVID-19 era, with many observers expressing alarm that North Korea’s ill-equipped public health system would not be able to handle an outbreak.

In late March, North Korea signed a letter to UN Secretary General António Guterres calling for the “immediate lifting” of “coercive measures” that block efforts to fight the coronavirus.

That same week, the UN’s top human rights official, Michelle Bachelet, said sanctions have “impeded” the ability of North Korea and other countries to stop the spread of the coronavirus pandemic.

At the same time, humanitarian aid is exempt from United Nations sanctions, and a UN panel overseeing sanctions enforcement has allowed dozens of aid groups to enter the North to do their work, including during the COVID-19 pandemic.

Chinese trade data also show that a supply chain exists that can carry a steady flow of goods, including tons of food and medicine, into North Korea from abroad — and does so every month, according to Beijing’s official reports.

During the COVID-19 pandemic, the Trump administration has also publicly reached out to the DPRK and offered assistance, but Pyongyang has reportedly rejected the offers of American help.

The U.S. and its European allies have also refused to lift sanctions during the pandemic, citing North Korea’s refusal to abandon its nuclear weapons.

Pyongyang has persistently denied having even one case of the highly infectious virus within its borders — a claim many experts and officials have rejected as impossible.

But in an interview with Moscow’s official TASS news agency this week, Russia’s ambassador to the DPRK, Alexander Matsegora, said the North “has become almost the only country in the world that has escaped the epidemic at the moment, and as long as the borders remain closed, there is no danger of the disease entering.”

“This is a great achievement and a great plus,” he said.

The DPRK reportedly shut down its borders in late January in an attempt to block the virus from coming in from China, where the global outbreak started.

The North is also known to have one of the world’s least-prepared public health systems for dealing with an infectious disease outbreak.

But Matsegora added that having zero cases in the country may also have a downside.

“If this is true, it will mean that the North Koreans will probably be the only ones in the world who, after coping with the most difficult task of keeping the virus out of their homes, will not become collectively immune to the disease,” he said.

Matsegora also acknowledged that the DPRK’s border closures may be limiting their supply of imported goods, although he did not mention medicine.

“The borders are slightly open for the supply of strictly limited, critically important nomenclature for the country,” he said, according to TASS. “That’s why we haven’t seen lemons, oranges, and other fruits on sale for a long time.”

“However, they are compensated by Korean strawberries, which are now very much in the markets and for which the coronavirus is not terrible,” he added.

The German and Russian missions to the United Nations expressed alarm about the humanitarian situation in North Korea on Friday, but presented widely diverging views on what they say has caused the crisis.

In tweets posted after an online UN Security Council (UNSC) meeting, Russia called sanctions "collective punishment" against citizens of the DPRK, while Germany condemned North Korea's "hypocrisy" in blocking help that the outside world is trying to bring to the country. 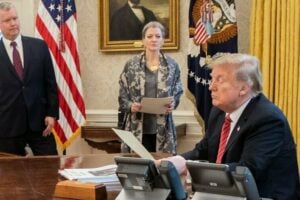