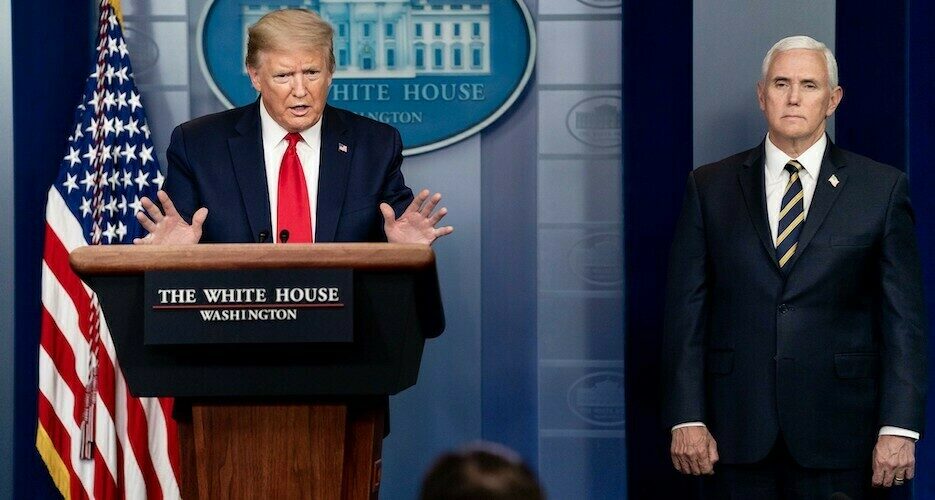 The comments come as rumors have swirled in recent days about the status of the DPRK leader’s health, following a news article on Monday from the Seoul-based website Daily NK claiming that Kim was recovering from a cardiovascular medical procedure.

“I hope he’s not in medical trouble,” Trump said at a coronavirus news conference at the White House. “I hope he’s not. I’ve gotten along very well with him.”

Trump’s description of the CNN news report as incorrect was not out of character for the President — he has lashed out against the network throughout his presidency — but his remarks also appeared to reflect the growing uncertainty in Washington about even the most basic facts about Kim’s whereabouts or even whether he is still alive.

On Tuesday, Trump told reporters that “we don’t know” the status of the North Korean leader’s health, and on Wednesday, the vice chairman of the Joint Chiefs of Staff said he “assume[d]” Kim was still in charge of the country’s nuclear arsenal.

“I can tell you that in the intel, I don’t have anything to confirm or deny anything along those lines, so I assume that Kim Jong-un is still in full control of the Korean nuclear forces and the Korean military forces,” General John Hyten said. “I have no reason not to assume that.”

Later on Wednesday, Secretary of State Mike Pompeo said that the U.S.’s goals of denuclearization and normalization of ties with North Korea would remain unchanged regardless of who is running the country.

“The challenge remains the same,” he said. “The goal remains unchanged.”

“Whoever is leading North Korea, we want them to give up their nuclear program,” he added. “And we want a brighter future for the North Korean people.”

At his news conference on Thursday, President Trump declined to answer questions about when he had last heard from Kim Jong Un, or whether he had made any contact with him recently.

“I have a good relationship with Kim Jong Un, and I hope he’s okay,” he said. “And somebody would say, ‘Oh, that’s terrible!’ No, that’s not terrible.”

“I hope he’s okay. And I think it was a fake report done by CNN.”

The comments come as rumors have swirled in recent days about the status of the DPRK leader's health, following a news article on Monday from the Seoul-based website Daily NK claiming that Kim was recovering from a cardiovascular medical procedure.