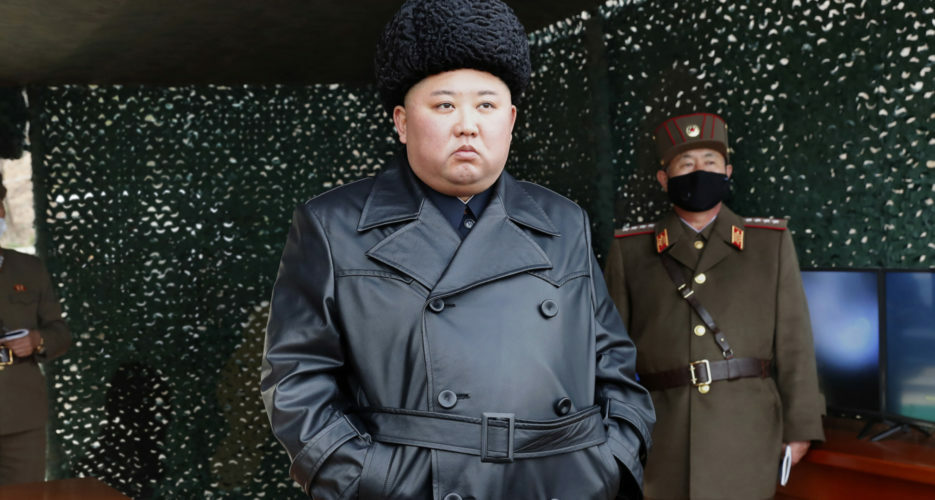 Images published on the front page of the Party daily Rodong Sinmun and in the Korean Central News Agency (KCNA) showed at least two types of multiple launch rocket systems (MLRS) firing at island targets during the drill, with Kim Jong Un observing from a distance.

“The unyielding revolutionary determination — to deliver a strike which destroys the enemy with the great Workers’ Party of Korea’s (WPK) head-on battle to break through — is like an active volcano erupting,” the Korean-language KCNA article began, referencing this year’s top-line propaganda slogan.

The drills were conducted on the “front-line” — on the east coast near Wonsan, according to the South Korean Joint Chiefs of Staff (JCS) initial notification of the tests on Monday — “to further kindle the flames of the training revolution,” KCNA reported.

“As [Kim Jong Un] ordered the sub-units to start the fire, the men of long-range artillery pieces on the front opened fire all at once,” it added, likely referring to the smaller-caliber MLRS seen in the images.

“[Kim] expressed great satisfaction with the fact that the artillerymen are prepared to make rapid reaction to any circumstances and perfectly carry out their firepower combat duties.”

Joseph Dempsey, Research Associate for Defence & Military Analysis at the International Institute for Strategic Studies (IISS), identified in the official photos both 240mm MLRS systems — at least four of which are seen firing next to each other in one image — and separately a large-calibre MLRS.

More images are expected to be released later in the afternoon on Tuesday via Korean Central Television (KCTV).

Another expert told NK News on Tuesday morning that he also saw “at least two different weapon types” in the available images.

“The [above image] shows what I believe are artillery rockets made with a double-base propellant,” said Joshua Pollack, a senior research associate at the Middlebury Institute of International Studies at Monterey, noting “the bright yellow flames inside the smoke trails.”

Referring to the image below, Pollack said the drills also tested what “appears to be 400 mm ‘large caliber’ weapons — in U.S. terms, a close-range ballistic missile,” though he added it is also possible it is the larger 600 mm version known as the KN-25.

At the test on Monday, Kim Jong Un was quoted in state media as “saying that the victory of the socialist cause is guaranteed by the powerful military force and a war deterrence.”

Kim added that “the People’s Army should keep full combat-readiness to protect the sky, land and sea of the country from any encroachment, steadily increase its combat capabilities and uphold the revolutionary cause of our party.”

The only other official mentioned on hand and shown next to Kim in the initial images was Army General Pak Jong Chon, chief of the General Staff of the KPA, who appeared in a mask as other officials did in state media’s coverage of a “joint strike drill” conducted on Friday.

Others said to be “participating in the drill” were “large combined units … and artillery commanding officers.”

Pollack told NK News that “the presence of the Chief of the General Staff is another indicator” that North Korea hopes to paint the tests as merely routine artillery drills.

“That’s not someone who is seen at tests of nuclear missiles, as far as I can recall. Indeed, just last year, before Gen. Pak was named to his current position, he was in charge of these types of artillery forces.”

Dempsey agreed in saying that Kim through Monday’s drills “has again attempted to normalise test launching [a] new system by doing so alongside existing systems, framing it simply as extension of rocket artillery drills,” adding that they “did something similar in May 2019 when resuming testing after some 18 months.” 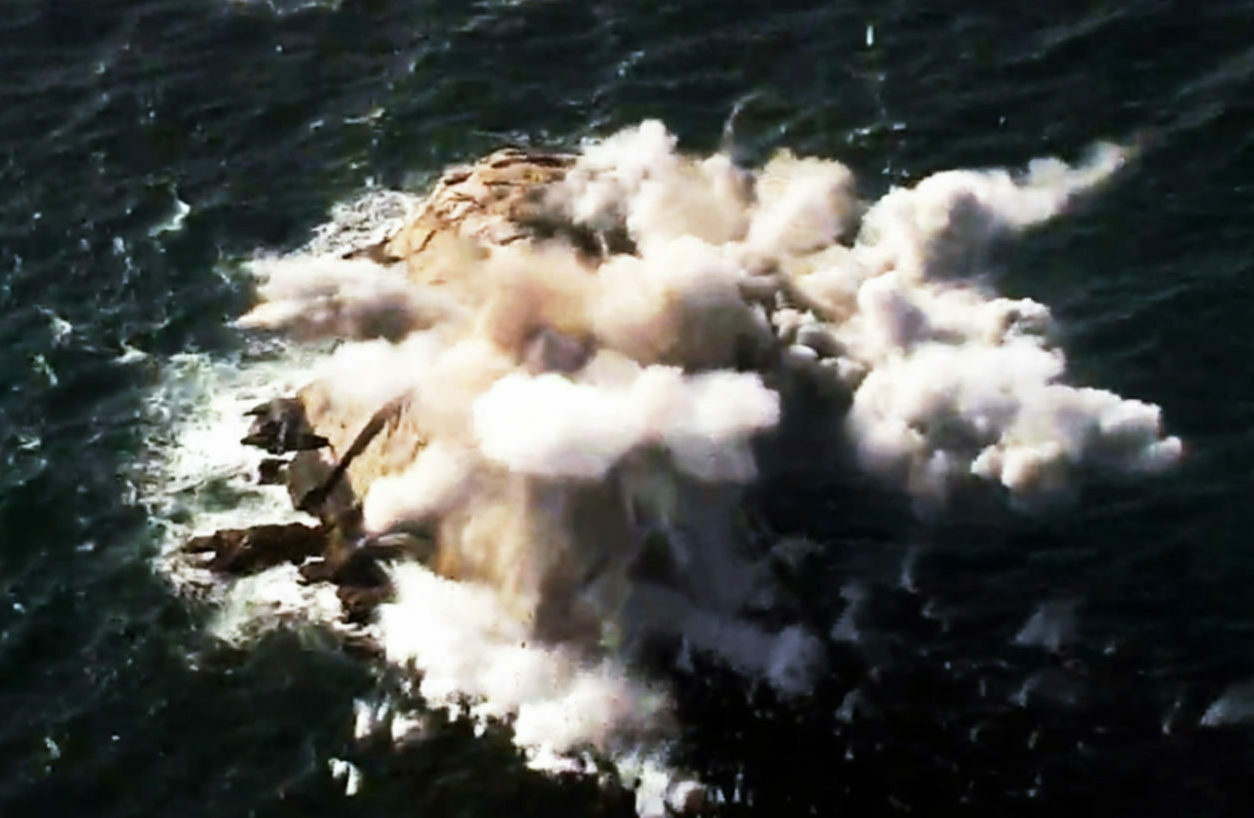 Pollack also pointed out that Monday’s drill “is depicted as an exercise to enhance the readiness of forces, not a developmental test.”

“There’s no mention of the presence of weapons scientists. It’s about combat readiness. So we are meant to understand that these weapons are now deployed.”

Regarding state media’s description of the drills, senior analyst with NK News’s sister site NK Pro Rachel Minyoung Lee said that the “language is slightly stronger than two days ago” in coverage of the “joint strike drill.”

She said, however, that it was “not to the degree that it changes the bottom line, which is that this drill seems to have been carried out more for domestic reasons than to ‘escalate pressure’ on the U.S. and South Korea.”

But the report also used terminology referring to the weapons as “long-range artillery (장거리포병)” — which Lee said “in the past was explicitly used by state media to target South Korea and the U.S. Forces Korea (USFK).”

“You can see this time, state media only implied that this was a drill aimed at strengthening North Korea’s defense readiness posture vis-a-vis South Korea and USFK, but did not specifically say anything about them.”

Monday’s rocket tests were North Korea’s first since late November last year, when the large-caliber MLRS was tested from the east coast in Ryonpo, near Hamhung.