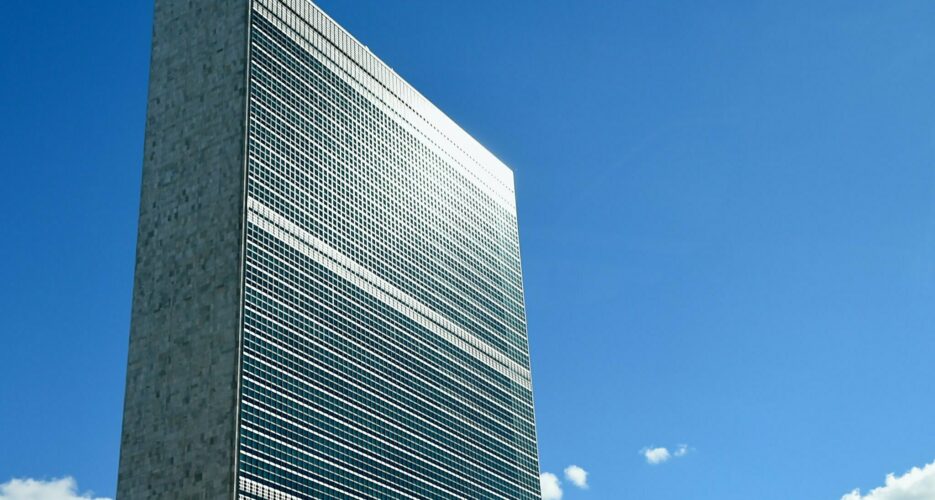 Wong is the president’s number-two envoy in talks with the DPRK, but his nomination to the UN post comes amid a long diplomatic stalemate between the two countries that has dragged on for months.

The U.S. and North Korea disagree on a wide range of issues — sanctions relief, the fate of the North’s nuclear weapons program, and the presence of U.S. military forces on the Korean peninsula, among others — and have not met face-to-face since October.

Wong’s new title — if he is confirmed by the U.S. Senate — will be Alternate Representative of the United States of America for Special Political Affairs in the United Nations.

He will also be an alternate U.S. representative to the UN General Assembly (UNGA), according to the White House.

A Senate confirmation hearing has not yet been scheduled.

It is unclear if Wong will retain his North Korea-related duties if the Senate approves him for the new job.

He already wears two hats at the State Department.

In addition to his deputy special representative role, Wong is also the Deputy Assistant Secretary for North Korea in the department’s Bureau of East Asian and Pacific Affairs.

In that role, Wong spent the early part of this week in Seoul, meeting with his South Korean counterparts there, ostensibly about the North.

It is also unclear if the new nomination is meant to be a reward for Wong’s work on the DPRK portfolio — or a way to give him a new set of responsibilities instead.

The State Department did not respond to an inquiry from NK News about the nomination, but one former U.S. official said that this specific position may not necessarily be a prize.

“It certainly doesn’t sound like a promotion to me — it sounds like he got shunted away from a better, more substantive role,” Mintaro Oba, a former North Korea desk officer at the State Department, told NK News.

Oba also noted that the last nominee to the post, Jay Patrick Murray, was not confirmed by the Senate, and his name was sent back to the White House instead.

Wong is not the first North Korea official in the State Department to receive a new presidential nomination in the middle of Trump’s diplomatic outreach to Pyongyang.

At his confirmation hearing, in November, Biegun told Senators that the new title would help with his efforts to negotiate with the North.

The following month, Biegun traveled to East Asia in what appeared to be a last-ditch effort to restart talks with Pyongyang before the end of the year, but despite public outreach from the special representative — “We are here, and you know how to reach us,” he said in Seoul — the North Koreans did not respond.

U.S. President Donald Trump nominated Alex Wong, the deputy special representative for North Korea, to an ambassador-level position at the United Nations, the White House announced on Tuesday.Wong is the president's number-two envoy in talks with the DPRK, but his nomination to the UN post comes amid a long diplomatic stalemate between the two countries that has dragged on for months.The