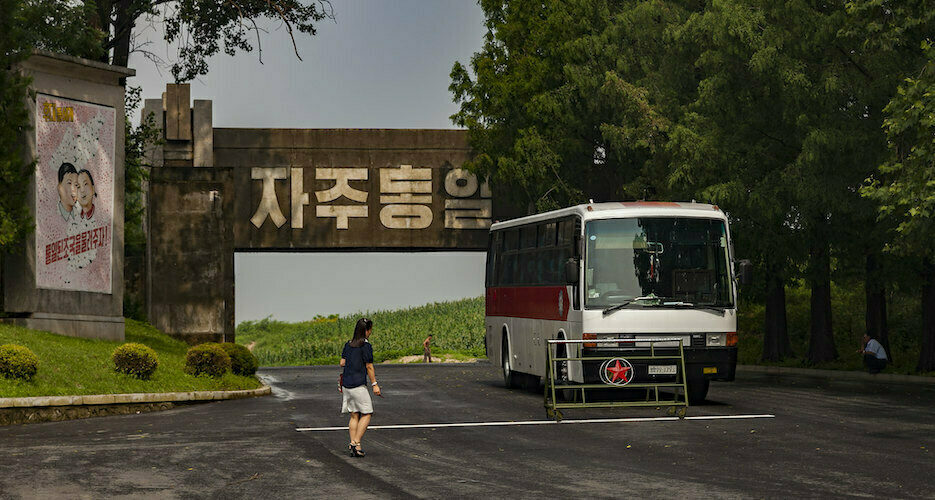 South Korea’s Blue House on Friday condemned recent remarks by U.S. ambassador Harry Harris on a possible resumption of inter-Korean tourism as “very inappropriate,” in the latest escalation of a growing spat between the two countries over Seoul’s plans to expand inter-Korean tourism.

Responding to a question from NK News at a press briefing on Thursday, Ambassador Harris said that any revival of inter-Korean tourism — proposed by South Korean President Moon Jae-in at a new year’s press conference earlier in the week — would need to be the subject of consultation between the allies.

The Blue House hit back on those comments in a statement on Friday, stressing that the issue of South Korea sending its citizens on independent tours of North Korea was a matter of national sovereignty.

“It’s very inappropriate for the ambassador to make such a mention for media over remarks by the president of the hosting nation,” an official from the Presidential office told media in comments carried by Yonhap News Agency, adding that South Korea would “always” consult with the U.S. over the issue of North Korea.

Contacted for comment by NK News following that statement, a spokesperson for the U.S. embassy said they were “aware of the comments.”

“We have nothing to offer at this time and would refer you to Ambassador Harris’s recent public comments,” they added.

The Blue House’s remarks build on those by a Ministry of Unification official at a regular press briefing earlier in the day, in which the South Korean government stressed that “our policy with regard to North Korea belongs to our sovereignty.”

“The U.S. has repeatedly made it clear through diverse channels that it respects South Korea’s sovereignty related to its North Korea policy,” spokesperson Lee Sang-min said.

A South Korean unification ministry official last week said Seoul was examining “diverse measures” that would allow its citizens to visit North Korea more easily, including potentially allowing them to be issued visas by Pyongyang.

South Korean President Moon Jae-in then earlier in the week told a press conference that Seoul would seek to “independently” pursue expanded inter-Korean tourism in the coming year.

But any such expansion of inter-Korean tourism — on hold since the killing of a South Korean visitor by a North Korean soldier at the Mount Kumgang resort in 2008 — would likely raise eyebrows in Washington, particularly given the now months-long impasse in diplomacy between the U.S. and the DPRK.

International sanctions could also prove an obstacle, with South Korean foreign minister Kang Kyung-wha having earlier in the week said that Seoul may need to seek exemptions from those measures in order for some inter-Korean projects to go ahead.

Speaking to international media on Thursday, Ambassador Harris said that the potential for sanctions breaches involved in sending South Koreans to North Korea would mean that the issue ought to go through the U.S.-Korea Working Group, a body created in October 2018 to coordinate DPRK-related issues between the allies.

While conceding that “tourism is allowed under sanctions,” the ambassador warned that items contained in luggage carried by South Koreans to the North could raise concerns.

“What you take with you when you tour, some of those things might not be allowed under sanctions, for example,” he said. “And so, in order to avoid a misunderstanding later that could trigger U.S. sanctions or UN sanctions, it’s better to run this through the Working Group.”

Those remarks have provoked ire in South Korea, with ruling party lawmaker Song Young-gil telling a radio program on Friday that any ambassador seeking to dictate policy to Seoul risked being seen as akin to the “governor-general” of Korea under Japanese colonial rule.

Despite Seoul’s renewed push for inter-Korean cooperation, it’s unclear how much interest there is in Pyongyang for an influx of South Korean tourists — or even for formal talks with Seoul.

The two Koreas have not held official-level talks for almost a year now, and a liaison office set up in Kaesong to facilitate dialogue remains largely unused.

A statement from a top official in North Korea’s foreign ministry over the weekend also reiterated Pyongyang’s long-standing dismissal of Seoul as a mediator in U.S.-DPRK dialogue.

Another expert, while agreeing that a restart of inter-Korean tourism remains unlikely, said that Seoul may be seeking to assert a more independent line from Washington amid broader discord between the allies — as well as signal to Pyongyang that it is working to improve ties.

“I think this is happening for two main reasons,” Ramon Pacheco Pardo, the KF-VUB Korea Chair at the Institute for European Studies, said. “The first is to actually signal to the U.S. that ‘look, this is our policy,’ and this feeds into disagreement between the U.S. and South Korea right now.”

“Second is this is the policy of the Moon government, Moon has been preaching this for decades,” he said. “The idea that he’s just gonna give up is not feasible, he’s signaling that this is my long term position, I have the power to push for this.”

“I think the third reason is signaling to North Korea that ‘we’re trying, we’re not allowed by the U.S., but we’re trying, our policy hasn’t changed.'”

South Korea's Blue House on Friday condemned recent remarks by U.S. ambassador Harry Harris on a possible resumption of inter-Korean tourism as "very inappropriate," in the latest escalation of a growing spat between the two countries over Seoul's plans to expand inter-Korean tourism.Responding to a question from NK News at a press briefing on Thursday, Ambassador Harris said that any revival 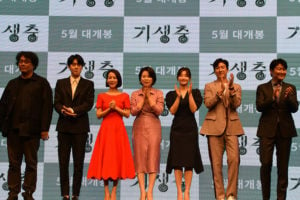