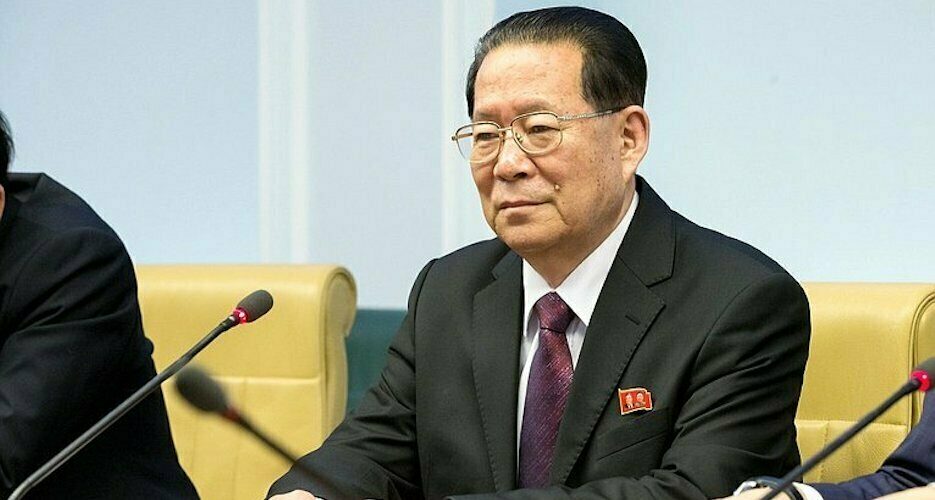 North Korea has named Kim Hyong Jun, the country’s former ambassador to Russia, as head of the ruling Workers’ Party of Korea’s (WPK) influential International Department, a note circulated to diplomats in Pyongyang seen by NK News confirmed on Wednesday.

Kim was reported to be preparing to leave his position as the DPRK’s top diplomat in Moscow last May and was promoted to the position of Central Committee vice chairman at the plenum earlier in the month. As is convention in North Korea, state media did not at the time name which ruling party department he would head.

But concurrent hints in ruling party organs that veteran North Korean diplomat Ri Su Yong had been demoted or had retired from his posting prompted speculation that Kim had taken on a new role as the WPK’s top official working on foreign policy.

Prior to his posting in Russia, where he served from 2014-2019, Kim served as a vice foreign minister, representing North Korea on visits to, among others, China, South Africa, and Latin America.

Before that, he worked as an ambassador in the Middle East, representing the DPRK in Bahrain, Kuwait, Lebanon, and Syria.

But despite Kim’s previous posting in Russia, one expert cautioned against reading the move as suggesting that Pyongyang was planning a dramatic pivot to Moscow in the near future.

“Ties between Moscow and Pyongyang are highly constrained by sanctions, and any new developments in exchanges between the two countries would most likely have occurred anyway without regard to Kim’s appointment,” Anthony Rinna, an analyst on Russian foreign policy in East Asia for the Sino-NK research group, told NK News.

That said, he argued, the move could speak to efforts by Pyongyang to broaden its diplomatic horizons in the coming months.

“By bringing someone with Kim’s background to the top of the Party’s foreign policy organs, Pyongyang may wish to focus on outreach to Western European states through Moscow, perhaps in the hope of exploiting or exacerbating any differences between Washington and its European allies over how to best deal with the Korean security crisis.”

Kim’s promotion comes amid a broader changing of the guard at the top echelons of power in North Korea in the wake of last month’s ruling party plenum and as the country prepares for a year in which relations with the U.S. are expected to sour.

News emerged over the weekend that the country had replaced foreign minister Ri Yong Ho with Ri Son Gwon, a prominent military hardliner with a reputation for acerbic language.

“North Korea’s foreign policy team changes could be part of a broader effort to recalibrate the country’s foreign policy,” Minyoung Lee, a senior analyst with NK News‘s sister site NK Pro, wrote in an analysis on the changes earlier this week.

“Pyongyang’s unusual silence on foreign policy issues in recent months, for one, seems to suggest it may be streamlining its foreign policy, or may already have revamped it but is not ready to roll out the changes yet.”

North Korea has named Kim Hyong Jun, the country's former ambassador to Russia, as head of the ruling Workers' Party of Korea's (WPK) influential International Department, a note circulated to diplomats in Pyongyang seen by NK News confirmed on Wednesday.The note, issued by the WPK Central Committee's International Department, informed foreign envoys in the DPRK capital that Kim -- who was