Trump says North Korea may send a “beautiful vase” for Christmas, not a missile
President's remarks come as many in Washington brace for Pyongyang's threatened "Christmas gift" in final days of year
Jacob Fromer December 24, 2019 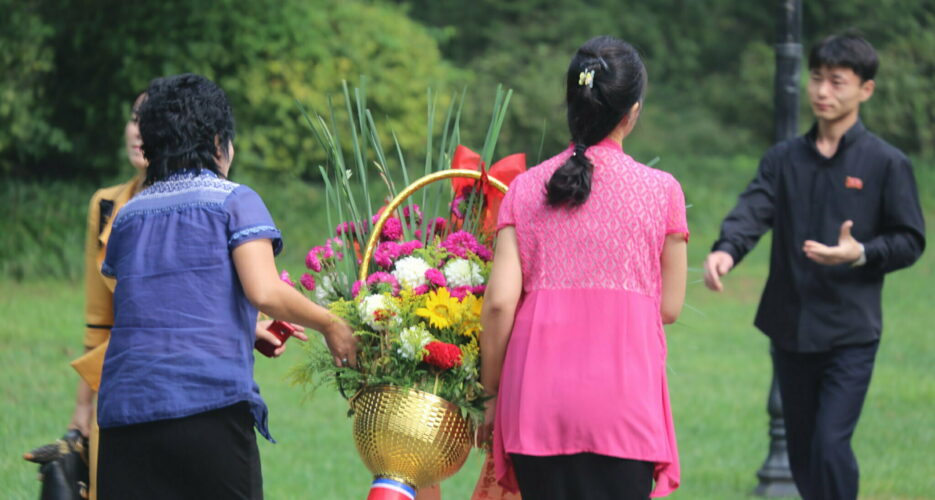 As military and intelligence officials in Washington brace for North Korea’s threatened “Christmas gift” to the U.S., President Donald Trump told reporters on Tuesday that perhaps the DPRK will send him something nice — a new vase, he suggested, instead of a missile.

The president’s remarks come at a moment of high tension between the U.S. and North Korea, with just one week remaining until DPRK leader Kim Jong Un’s self-declared deadline for negotiations with Washington, and seemingly no end in sight to a months-long diplomatic stalemate between the two countries.

The two sides vehemently disagree on questions over sanctions relief, the future of the DPRK’s nuclear weapons program, and the U.S. military presence on the Korean peninsula, among others.

Earlier this month, as Washington and Pyongyang’s impasse appeared to worsen, a senior North Korean foreign ministry official, Ri Thae Song, warned that it will be up to the U.S. to choose what kind of “Christmas gift” it wants from the North.

“We’ll find out what the surprise is and we’ll deal with it very successfully,” Trump said from his Mar-a-Lago club in Florida on Tuesday, following a Christmas Eve phone call with U.S. troops serving overseas. “Everybody’s got surprises for me. But let’s see what happens. I handle it as they come along.”

Trump’s comments — whether they reflect what the president is actually expecting from the North or not — illuminate a key point about the current impasse:

Despite the many predictions floating around Washington right now, no one seems to know for certain what North Korean leadership has planned if they don’t get what they want from the U.S. before the end of the year.

Beyond the new vase theory, some observers are betting on a missile test, or even a nuclear weapon test. Others are guessing that a satellite launch might happen. Some say simply that a new change in policy is in store.

Earlier this week, North Korean state media reported that Kim Jong Un had chaired a meeting of top military officials, purportedly to discuss the “complicated internal and external situation” and “fast-changing situation” on the peninsula, according to the official Korean Central News Agency (KCNA).

Whatever might be coming, whether on Christmas Day, New Year’s Day, or after, General Mark Milley, the chairman of the U.S. Joint Chiefs of Staff, told reporters last week that the U.S. armed forces stationed in South Korea would be prepared.

Based on public statements from President Trump and his some of his top deputies, it appears that the administration is still holding out hope that diplomacy with the North can ultimately succeed.

Trump’s envoy to North Korea, Stephen Biegun, spent most of last week meeting with officials in South Korea, Japan, and China — perhaps a last-chance effort to restart talks with Pyongyang before the new year and Kim Jong Un’s year-end deadline.

“The United States does not have a deadline,” Biegun said when he arrived in Seoul.

It does not appear that he was able to meet with the North Koreans during his trip.

As military and intelligence officials in Washington brace for North Korea's threatened "Christmas gift" to the U.S., President Donald Trump told reporters on Tuesday that perhaps the DPRK will send him something nice — a new vase, he suggested, instead of a missile.The president's remarks come at a moment of high tension between the U.S. and North Korea, with just one week remaining until