Silent night: Christmas day in Korea wraps up with no DPRK missile testing
The lack of test, despite DPRK's "Christmas gift" warning, comes amid slow pace on set up of the December plenum
Jeongmin Kim December 25, 2019 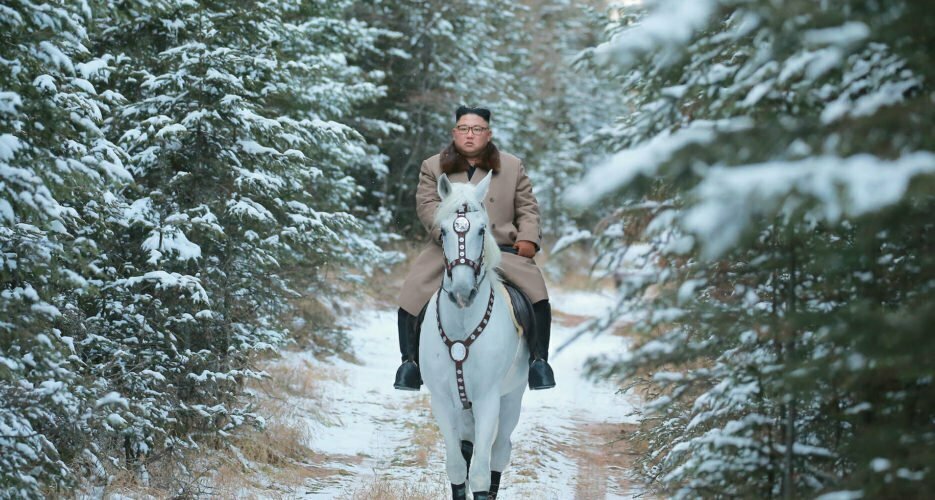 Christmas day came and went on the Korean peninsula with no special weapons testing as of midnight KST, despite the North having warned about an unspecified “Christmas gift” that the U.S. could expect in early December.

In addition, party daily Rodong Sinmun, cabinet newspaper Minju Choson, and the Korea Central News Agency (KCNA) all remained absent of statements directly condemning the U.S., though some indirect complaints on the topic of sanctions could be found.

The absence of reported actions the U.S. would likely describe as provocative follows the DPRK foreign ministry’s December 3 statement, which led some observers to suggest a long-range missile test could be in the works.

“Now…it is entirely up to the U.S. what Christmas gift it will select to get,” North Korea’s vice foreign minister Ri Thae Song warned while complaining that Washington failed to provide sufficient compensation for good-faith measures over the past 18 months.

Quiet over the peninsula was also coupled with a break in precedence surrounding the pace that North Korea’s much anticipated extraordinary December Plenary would be held.

It remains possible, however, that it could have taken place on Wednesday, with outcomes scheduled to come out via state media in the early evening of Christmas day in North America.

Meanwhile, U.S. President Donald Trump on December 24 (ET) said the “Christmas gift” expected from Pyongyang may be “a beautiful vase as opposed to a missile test,” appearing to brush off the possibility of a DPRK missile test on December 25.

Aircraft Spots said Wednesday that the increased surveillance observed on early Wednesday was “quite unusual,” adding, “I haven’t seen activity like this since 2017.”

However, NK News could not verify the accuracy of the service’s claims or its data.

Chad O’Carroll, the CEO of NK News’ parent company Korea Risk Group, said it was unlikely any so-called “major provocations” by North Korea would take place in the short-term.

“Instead, we’ll see a strongly worded Plenum outcome and New Year’s speech which will show the DPRK take a hardline anti-American position… but nothing else, for now,” he said, adding that Pyongyang will likely keep the “ICBM tests, satellite launches or nuclear tests as potential leverage to use at a later date” – depending on how Washington responds to the North.

Nevertheless, there remains a small possibility the North will go ahead with a test of some sort in the early hours, to chime with Christmas on the East Coast, he said.

Christmas day came and went on the Korean peninsula with no special weapons testing as of midnight KST, despite the North having warned about an unspecified "Christmas gift" that the U.S. could expect in early December.In addition, party daily Rodong Sinmun, cabinet newspaper Minju Choson, and the Korea Central News Agency (KCNA) all remained absent of statements directly condemning the