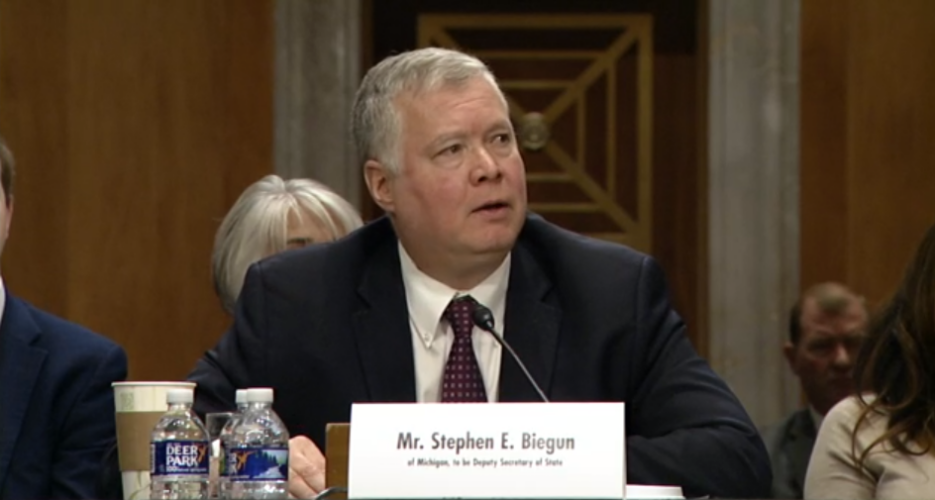 The “window is still open” for the U.S. and North Korea to strike a deal, Washington’s top envoy to the country told lawmakers Wednesday, stressing that his pending promotion to Deputy Secretary of State will send a message to Pyongyang that the Trump administration is elevating the issue to the highest levels of government.

Stephen Biegun made the comments during an appearance before the Senate Foreign Relations Committee — a required step in the U.S. Senate’s confirmation process for a high-ranking federal official, and a rare opportunity for members of Congress to directly and publicly interrogate President Donald Trump’s top envoy in negotiations with Pyongyang.

In nearly two hours of questioning from Democrats and Republicans on the committee, Biegun insisted that even as the DPRK’s year-end deadline to reach an agreement is now a mere six weeks away and as the North has shown “no evidence” that it has begun to back away from its nuclear weapons program, a deal between the two countries remains possible.

Asked about whether his new role in the State Department would take away from his responsibilities for North Korea — a key question for lawmakers concerned that one of Washington’s only channels to Pyongyang might become preoccupied with other duties — Biegun said the opposite was true.

Biegun began serving as the U.S. special representative to North Korea in August 2018, shortly after Trump and Kim’s first meeting in Singapore.

Early last month, he flew to Stockholm for a round of meetings with his North Korean counterpart, the veteran diplomat Kim Myong Gil, but the two negotiators ended up leaving after 8.5 hours of talks with no deal and public disagreement about what had gone wrong.

The two sides now appear to be stuck over a broad range of questions related to sanctions, the North’s nuclear program, and U.S. military exercises on the Korean peninsula, among others — all part of what Pyongyang has called a “hostile policy” from the Americans.

“We have to convince the North Koreans to open space below the leader level for the kind of dialogue we have,” Biegun told the panel of Senators. “If confirmed in this position, I will bring a higher stature to the North Korean issue.”

Experts told NK News that while Biegun’s promotion likely would signal to Pyongyang that North Korea is a high priority in Washington, it doesn’t mean DPRK leadership would be any more likely to sit down with Biegun for additional talks.

His comments at the hearing were likely an attempt to “calm the waters” in Washington about whether the Trump Administration will stay focused on North Korea, said Jung Pak, a former CIA analyst and the SK-Korea Foundation Chair in Korea Studies at Brookings Institution’s Center for East Asia Policy Studies.

But, she told NK News, “the North Koreans have been pretty clear that they don’t want to talk just for the sake of talking, unless the U.S. drops its ‘hostile policy.'”

Last week, a top DPRK official, Kim Yong Chol, reportedly said that Pyongyang has “no intention to sit on the table with the tricky U.S.” if the Americans don’t change their “hostile policy.”

Another expert, Evans Revere, a former Acting Assistant Secretary of State for East Asian and Pacific Affairs, expressed “doubt” over whether this promotion would change the way Pyongyang chooses to interact with Washington.

“The North Korean preference remains to meet with POTUS,” Revere told NK News, referring to the President of the United States.

“And let’s also remember that the U.S. has already negotiated with the very top of the North Korean regime,” he said, pointing to Kim Jong Un and senior official Kim Yong Chol as examples. “Those two have given us as clear an indication of North Korean intentions as we have ever had: Pyongyang is not giving up its nukes.”

“So as good a negotiator and diplomat as Biegun is, he cannot accomplish at his level what the president and the Secretary of State have failed to accomplish,” Revere said.

At Wednesday’s hearing, Biegun appeared to be optimistic about his chances for a diplomatic breakthrough.

With his new title and increased authority in the State Department, he told lawmakers, he also wants a new North Korean negotiating partner to match — someone who can speak with authority, make decisions, and has Kim Jong Un’s trust.

“We have yet to engage with an empowered negotiator across the table,” he said.

“The window is still open” for diplomacy, he said. “But the North Koreans should not miss this opportunity.”

The "window is still open" for the U.S. and North Korea to strike a deal, Washington's top envoy to the country told lawmakers Wednesday, stressing that his pending promotion to Deputy Secretary of State will send a message to Pyongyang that the Trump administration is elevating the issue to the highest levels of government.

Stephen Biegun made the comments during an appearance before the Senate Foreign Relations Committee — a required step in the U.S. Senate's confirmation process for a high-ranking federal official, and a rare opportunity for members of Congress to directly and publicly interrogate President Donald Trump's top envoy in negotiations with Pyongyang. 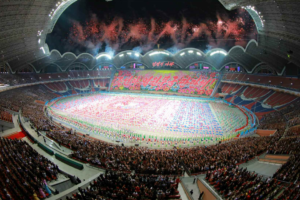