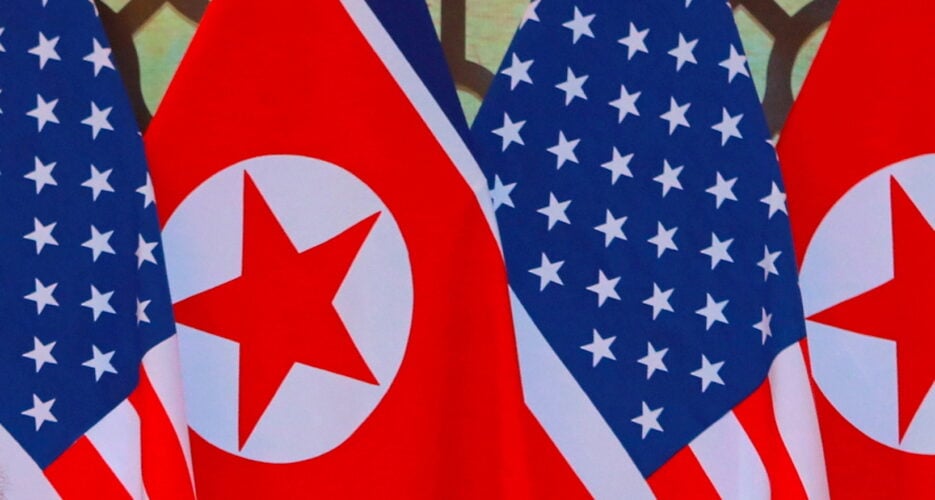 A “peace regime” between the U.S. and DPRK must be addressed in the two countries’ ongoing negotiations, the State Department’s second-ranked North Korea negotiator said in a speech in Washington on Tuesday.

The official, Alex Wong, who serves as both the department’s Deputy Assistant Secretary for North Korea and Deputy Special Representative for North Korea, described the concept of a peace regime as daunting and amorphous — but said that it must happen in order for the North to prosper.

“The concept of a peace regime is powerful, because it’s also, at heart, an aspiration,” Wong said. “It stands for the idea that a state of war — the state of war that has been regnant for 70 years on the peninsula — should not and cannot be permanent.”

“We can have a more stable, a more prosperous, and a more peaceful future for all people on the peninsula, and in the Indo-Pacific region, if we can do the job we need to do in our negotiations,” he said.

Wong’s remarks, delivered at a think tank event focused on a future peace regime in Korea, come as Washington and Pyongyang have been stuck for weeks in a diplomatic standoff over the North’s weapons of mass destruction (WMD) program — described by Wong as “a key driver of the DPRK’s insecurity” — and sanctions relief.

Envoys from the two countries met in Stockholm early last month for a highly anticipated round of negotiations, but the two sides left without a deal and widely differing accounts of what went wrong.

In the intervening weeks, the two sides have been unable to agree even on whether to meet again.

On Tuesday in Pyongyang, the official Korean Central News Agency (KCNA) carried a statement by a North Korean foreign ministry spokesperson saying that prospects for dialogue between the two sides are “narrowing.”

That foreign ministry statement was purportedly in response to the U.S.’s decision to place the North on its state sponsors of terror list — an indication, Pyongyang said, of Washington’s “hostile policy.”

One expert described the current situation that the two countries are in as a “holding pattern.”

“I think we’re in a situation where the U.S. government is still perceiving the ball as in North Korea’s court,” Scott Snyder, the Senior Fellow for Korea Studies and Director of the U.S.-Korea Policy Program at the Council on Foreign Relations, told NK News.

“In a way, if it’s a signal, it’s a signal about whether or not North Korea’s going to be successful in trying to publicly ratchet up pressure in the absence of a substantive response to the proposals and discussions that the U.S. had in Stockholm,” he said.

“If it’s a message, it’s a reiteration of the consistent message that has been delivered from the U.S. side for a while now.”

Evans Revere, a former Acting Assistant Secretary of State for East Asian and Pacific Affairs, told NK News that Wong’s remarks are “a useful reminder” to the North about the U.S. side’s commitment to peace.

“In the past, the North Koreans have occasionally declared one of their goals to be an agreement to end the Korean War,” Revere said.

“Wong’s statement is a reminder that that goal, like denuclearization, can only be achieved if the North Koreans get back to the negotiating table,” he said. “So in that sense it’s an invitation to Pyongyang to return to working level talks.”

In his speech, Wong also spoke about the importance of the “marketplace of ideas” outside of government when he and his colleagues think about the situation on the Korean peninsula, adding that not only U.S. and South Korean officials, but North Korean officials, too, pay attention to what the world of think tanks and academia are saying in Washington.

“We need that marketplace. It’s vital to the success of our negotiations,” Wong said.

“And I have no doubt that the words and the thoughts and the ideas that are expressed here, by the scholars that we’re working with, are heard and read in Pyongyang as well.”

A "peace regime" between the U.S. and DPRK must be addressed in the two countries' ongoing negotiations, the State Department's second-ranked North Korea negotiator said in a speech in Washington on Tuesday. The official, Alex Wong, who serves as both the department's Deputy Assistant Secretary for North Korea and Deputy Special Representative for North Korea, described the concept of a peace