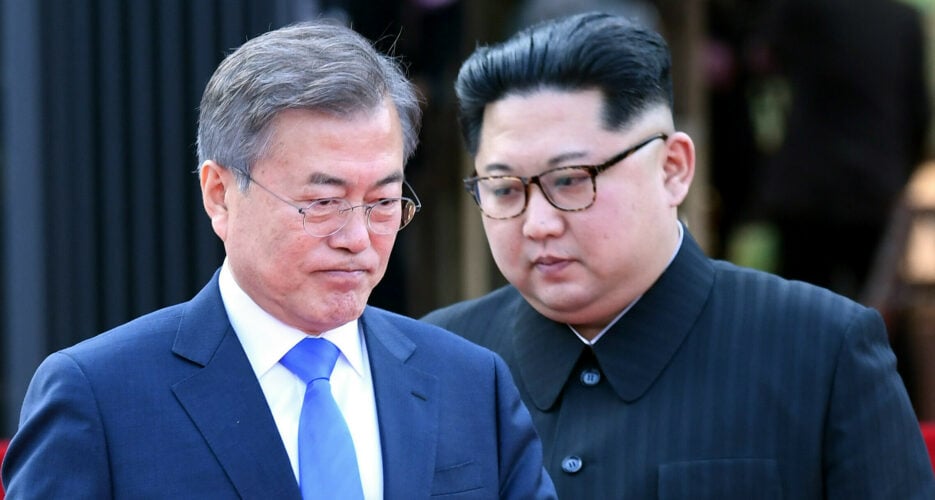 The commentary started and ended with a diplomatic and friendly tone towards President Moon, but also harshly criticized him for maintaining the ROK-U.S. alliance to the detriment of inter-Korean relations.

“We thoroughly understand President Moon Jae-in’s anguish and anxiety to not miss this opportunity to create the right conditions to resolve the present North-South relations,” it said.

But the commentary said that despite such sincerity, it is still “the undeniable reality of today” that Moon “cannot shed the position of reliance upon foreign powers to solve” issues between the two Koreas.

“How could we discuss or try to solve anything sitting across from someone who relies so completely on a foreign power, without their own identity or independence?” it asked, criticizing the timing of the invitation falling as the head of the Ministry of Unification (MOU) Kim Yeon-chul is currently “on a pilgrimage to beg” in Washington.

It accused the South of “clamoring for assistance from people of another country who have absolutely no interest in the fate or future issues of our people” — appearing to refer again to the MOU chief’s visit to the U.S. and the U.S.-ROK alliance in general.

And while conceding that it is only natural to wonder if the time is right for another summit, it knocked down the idea in asking, “like watering a dead tree, what on earth could be accomplished with a north-south meeting at a time like this, what would be the point of it?”

“And as the winds of reconciliation and cooperation have not made even a rustle, it is our position that it would be an even greater miscalculation for the south Korean authorities, who have not made a single policy [towards such ends], to think they can so easily change this ugly situation by reaching out just with this invitation on a piece of paper,” it added.

“We thank the south for their anticipation and sincerity,” the commentary said once again in the final line. “But please understand that the SAC Chairman (Kim Jong Un), despite relentlessly trying, can find no proper reason to go to Busan.”

Kim’s visit “would be helpful to the unification problem or international situation, and even when calculating just the economic effect, it would be good to come,” he said. “It would really be a shame if he doesn’t come.”

But Moon may not have helped his case when speaking on inter-Korean relations and the role of the U.S. in a televised Q&A with South Korean citizens on Tuesday evening.

Replying to questions over how inter-Korean relations could improve in the future and how projects such as the Kaesong Industrial Complex (KIC) and the Mount Kumgang tourist resort could be resumed, President Moon said it all depended on progress in stalled U.S.-DPRK talks.

He said inter-Korean rail and road projects could resume in an instant if it were solely up to the two Koreas, but that the issue of UN sanctions that prevent necessary items from crossing the border, as well as other issues, could only be solved between Pyongyang and Washington. Moon added that he still had hopes for a third Trump-Kim summit.

This was a departure from his previous focus on detailed solutions and upbeat attitude on rekindling ties with the North, though analysts have for months pointed to Moon’s lack of options amid negotiations with the U.S. and as Pyongyang appeared to turn away from dialogue with the South earlier this year.

The ASEAN-ROK Commemorative Summit will be held from November 25-26 in South Korea’s second-largest city Busan, seeing heads of state and top officials join “to celebrate the 30th anniversary of the dialogue partnership between ASEAN and the Republic of Korea,” according to the event’s website.