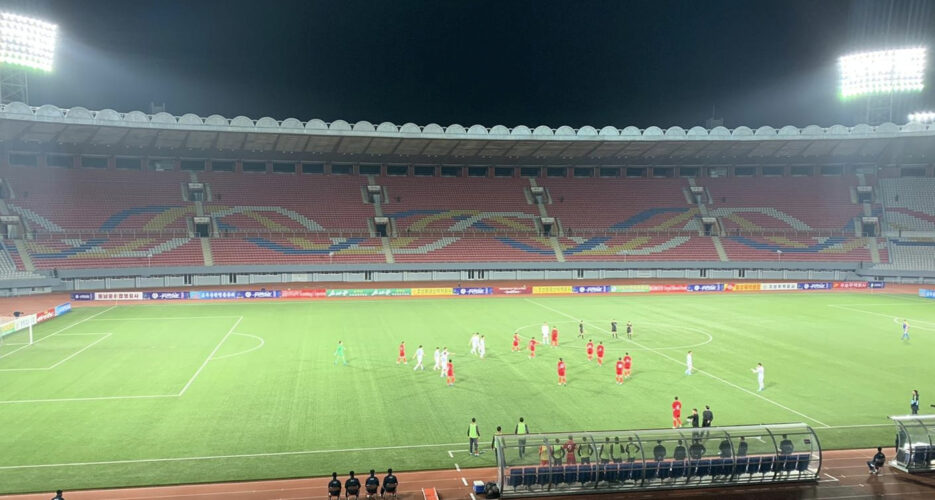 North and South Korea on Tuesday evening faced off in a historic World Cup qualifier in the DPRK capital of Pyongyang, the first match of its kind in decades.

South Korea, 37th in the latest FIFA rankings, and the 113rd-ranked North Korea went into halftime with the score even at zero.

All eyes were on the North and South Korean star players.  South Korea’s No.7  Son Heung-min from Tottenham Hotspur F.C., and North Korea’s No.7 Han Kwang Song, who recently signed the Italian football club Juventus FC, also faced each other on the ground.

The game — which serves as a qualifier for the upcoming 2022 World Cup — was attended by FIFA President Gianni Infantino.

Other foreign attendants were few and far between, however: sources based in Pyongyang indicated to NK News in the run up to the match that among the foreign community there, ticket allocation had been inconsistent.

While embassies had been issued tickets for diplomats to attend, for example, some NGOs and UN personnel had reportedly been rejected. So-called “complimentary” tickets were also being sold to foreigners for approximately $50-60 per seat.

South Korean media including Yonhap News Agency reported the 50,000-capacity Kim Il Sung Stadium was empty for the match, citing a report from the Korea Football Association (KFA). Images from the KFA and the AFP released during the match confirmed the reports.

The KFA was reportedly notified by the Asian Football Confederation (AFC) of the absence of North Korean spectators and foreign press corps around 30 minutes before the kickoff, South Korean media said.

It is also unclear if the state-run Korean Central Television (KCTV) will air taped footage of the inter-Korean soccer match.

A World Cup qualifying match on September 5 in Pyongyang between the DPRK and Lebanon national football teams was also not live-broadcast, but KCTV broadcast the match the following day.

South Koreans were also largely excluded from the first-ever inter-Korean World Cup qualifier held in Pyongyang, with the exception of members of the national team and their entourage.

No fans were allowed to go to Pyongyang to cheer on their team, nor were any local media allowed to report from the stadium.

The DPRK Football Association previously stressed that the issue of dispatching the press corps would need to be discussed between the North and South Korean authorities.

Instead, two officials from the South Korea-based KFA – who traveled with the ROK team – were permitted to collect and deliver news as journalists, the South Korean Ministry of Unification (MOU) confirmed earlier in the day.

Pyongyang also prepared seats for the journalists at the Kim Il Sung Stadium and the internet at a press center.

During the match, the KFA delivered news and updates of the progress of the inter-Korean match in a written format through its official social network platforms including Twitter, Facebook, and Instagram.

In addition, the North promised to provide its South Korean guests a “DVD containing video footage” of the match “just before departure,” they said, though it is unclear if that will include a full recording of events.

This is not the first time that Pyongyang hosted the international soccer match. In April 2017, the North and South Korean women’s national teams played a qualifier for the AFC Women’s Asian Cup Jordan 2018 at Kim Il Sung Stadium, which was filled with around 50,000 North Korean spectators.

That match had been confirmed by the KFA a month prior, and although the DPRK authorities permitted the South to play the ROK national anthem and raise their national flag, Seoul was not allowed to bring a cheering squad.

The logistical challenges ahead of the match have come amid a broader stalemate in inter-Korean relations since February’s no-deal summit between the U.S. and North Korea.

Although the North had as early as August 2 expressed its willingness to host the 2022 FIFA World Cup qualifier match between the two Koreas in Pyongyang, it took weeks before it responded to the South’s repeated requests to discuss organizational issues.

Even though South Korean and international audiences missed the opportunity to watch the inter-Korean soccer match, they have a chance left.

With the qualifiers set to alternate between Seoul and Pyongyang, the DPRK men’s soccer team will need to play an away match in June next year.

The South Korean national football team is set to leave Pyongyang on Wednesday afternoon and return to Seoul via Beijing.

North Korea will now face-off against Turkmenistan on November 14, with the South to play Lebanon the same night.

North and South Korea on Tuesday evening faced off in a historic World Cup qualifier in the DPRK capital of Pyongyang, the first match of its kind in decades.The game, which began at 17:30 at Pyongyang's Kim Il Sung Stadium, ended in a 0-0 draw.South Korea, 37th in the latest FIFA rankings, and the 113rd-ranked North Korea went into halftime with the score even at zero.All eyes were 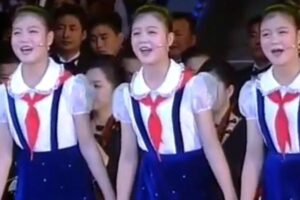