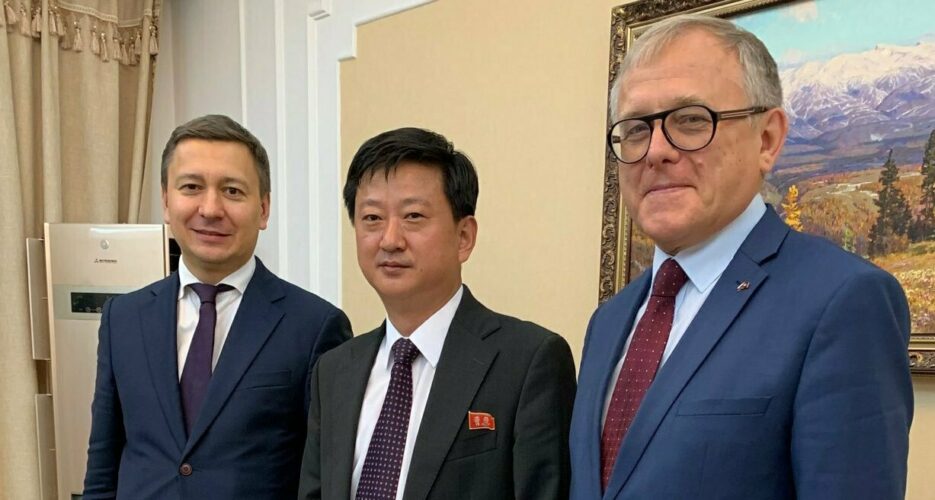 Jo Chol Su has been appointed to lead the North Korean foreign ministry’s influential North America Department, Russia’s embassy in Pyongyang said on Wednesday, in a surprise promotion that comes as the DPRK prepares for working-level talks with the U.S. over the weekend.

Reporting on a meeting between Russian ambassador Alexander Matsegora, visiting scholar Anton Khlopkov, and Jo, the embassy said the three had exchanged views on the situation on the peninsula and broader issues of Russia-DPRK cooperation.

The ambassador was reported to have congratulated Jo — who now holds the formal title Director of the North American Department of the DPRK foreign ministry — “on his appointment to a high and extremely responsible post and wished him success in his work.”

The influential position — which oversees diplomacy with the U.S. — was previously held by now-Vice Minister of Foreign Affairs Choe Son Hui until her promotion in February last year.

Jo’s promotion is something of a surprise, coming as it does just seven months after Kwon Jong Gun, a former DPRK diplomat to the UN, was formally confirmed to be working in the role.

It’s unclear when precisely Kwon left the position, though his name appeared on a strongly-worded statement issued by the foreign ministry in August condemning South Korea for its decision to move ahead with plans to conduct joint military drills with the U.S.

A statement last month by a diplomat described as head of the MFA’s “Department of U.S. Affairs,” however, did not name the official involved.

A former diplomat to the DPRK mission to the UN in Geneva, Jo previously worked as a head of press and, later, as vice president of that institute, issuing a statement in November 2017 slamming purported U.S. plans at the time to “launch [a] preemptive nuclear strike” and condemning U.S. President Donald Trump’s “war mania.”

U.S. and North Korean negotiators are set to meet on Friday for “preliminary contact,” she said, followed by negotiations the next day.

A spokesperson at the U.S. State Department also said they could “confirm that U.S. and DPRK officials plan to meet within the next week.”

The location of this weekend’s talks remains unclear, however, though one possibility is Stockholm, Sweden, where working-level talks in the run-up to February’s DPRK-U.S. summit took place.

“The timing of this personnel shuffle is also curious, as it coincides with North Korea’s decision to resume talks with the U.S.,” Minyoung Lee, an analyst with NK News‘s sister site NK Pro, said.

Jo’s promotion also comes amid a broader reshuffle in the DPRK foreign ministry ahead of the planned talks with the U.S., with North Korea having last month confirmed that veteran diplomat Kim Myong Gil would serve as the country’s chief delegate to those negotiations.

Jo Chol Su has been appointed to lead the North Korean foreign ministry's influential North America Department, Russia's embassy in Pyongyang said on Wednesday, in a surprise promotion that comes as the DPRK prepares for working-level talks with the U.S. over the weekend.Reporting on a meeting between Russian ambassador Alexander Matsegora, visiting scholar Anton Khlopkov, and Jo, the