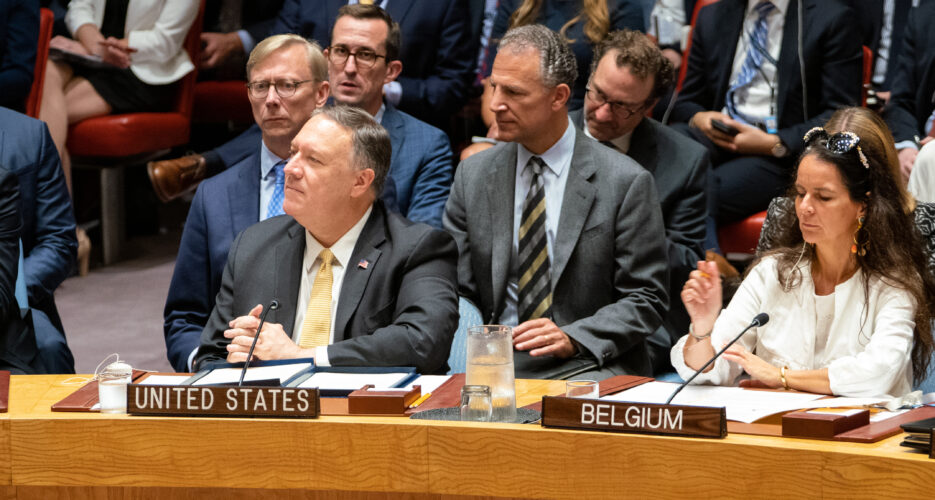 U.S. Secretary of State Mike Pompeo on Tuesday said Pyongyang had not returned to negotiations as quickly as Washington had hoped, though added he expected the road to the DPRK’s denuclearization to be a bumpy one.

“Special Representative Biegun, who leads the negotiation effort on behalf of the United States, is actually in the region today, tomorrow,” Pompeo told CBS News in New York.

“We haven’t gotten back to the table as quickly as we would have hoped, but we’ve been pretty clear all along, we know there’ll be bumps along the way.”

While previously Pompeo and other high-level staffers in Washington have dismissed the short-range launches, mainly in line with comments from U.S. President Donald Trump, he on Tuesday said he wished the North Koreans would stop the tests.

Although the tested weapons do not threaten the U.S. mainland, they are still breaches of UN resolutions, with the UNSC discussing the ongoing tests at a closed-door session of the UN Security Council (UNSC) at the beginning of August.

Pompeo’s comments appear a step back from earlier remarks when he made earlier in August that he hoped talks would resume in two weeks, the second time he has issued a 14-day timeline.

But it has now been nearly eight weeks since Trump and Kim met on at the DMZ, with little apparent forward progress despite the two leaders agreeing to kickstart working-level talks.

North Korea has previously said its recent spate of missile tests were a response to joint U.S.-ROK military drills, claiming it would not return to negotiations while the exercises were ongoing.

The joint drills also ended on Tuesday, the same day as Stephen Biegun arrived in Seoul, though his exact schedule remains unknown.

While the U.S. negotiator has several meetings planned in the South Korean capital, much of his itinerary remains empty leading to speculation that meetings with his North Korean counterparts could be on the cards.

U.S. Secretary of State Mike Pompeo on Tuesday said Pyongyang had not returned to negotiations as quickly as Washington had hoped, though added he expected the road to the DPRK's denuclearization to be a bumpy one.