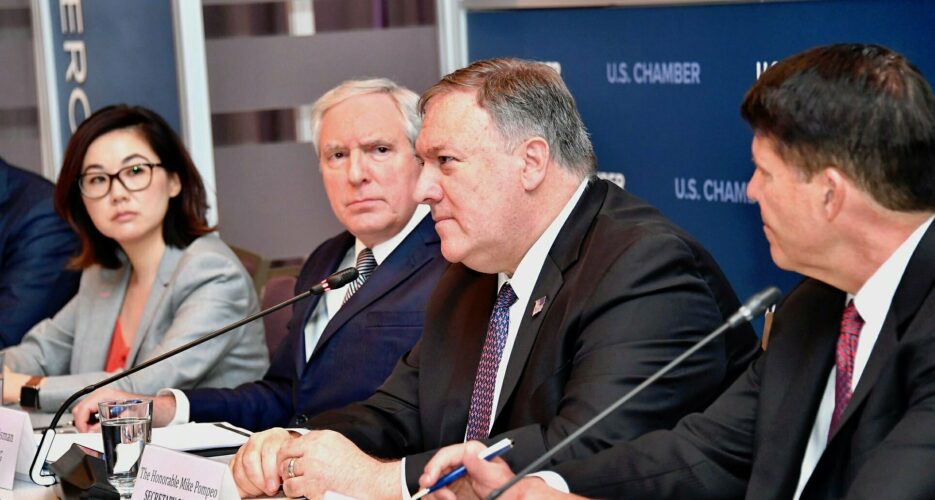 The U.S. is hoping that North Korea will be able to bring a new proposal to expected working-level talks between the two countries, Secretary of State Mike Pompeo said in an interview on Monday, while also seeking to be “a little more creative” with their DPRK counterparts.

Speaking in an interview with Sean Hannity, Pompeo also praised last month’s impromptu Panmunjom summit between President Donald Trump and North Korean leader Kim Jong Un as having given the U.S. “another chance to sit down with [the DPRK] and have another conversation.”

“I hope the North Koreans will come to the table with ideas that they didn’t have the first time,” he said. “We hope we can be a little more creative too.”

Pompeo’s remarks come amid growing speculation that U.S. negotiators may increasingly be willing to accept a temporary so-called “nuclear freeze” agreement with North Korea, which would see Pyongyang suspend elements of its nuclear program in exchange for some sanctions relief.

Andrei Lankov, a director at the Korea Risk Group — which owns and operates NK News — earlier this week wrote that, following a trip to Washington, his impression was that “a deal with North Korea is, at last, in the works.”

In his view, the potential agreement “will see a partial freeze/dismantlement of some North Korean nuclear facilities in exchange for a multitude of economic and political concessions, with partial relief of the UN-introduced ‘sectoral sanctions’ being the most important of all.”

Last week saw State Department spokesperson Morgan Ortagus stress that while a freeze deal was under consideration, such an agreement would “never be the end of a process.”

“That would (be) something that we would certainly hope to see at the beginning,” she said. “But I don’t think that the administration has ever characterized a freeze as being the end goal. That would be at the beginning of the process.”

Leaked comments by U.S. Special Representative Stephen Biegun earlier in the month, too, appeared to reveal a new flexibility on Washington’s part.

“What we are looking for is a complete freeze of WMD programs,” Biegun, who is expected to lead the upcoming talks with the North Koreans, said.

But questions remain about what kinds of concessions the U.S. might be willing to give in exchange for that freeze: Biegun during those same comments ruled out sanctions relief, instead suggesting that Washington could offer increased humanitarian aid or steps towards closer diplomatic ties.

The U.S. State Department last week, too, denied reports by Seoul’s Yonhap News Agency suggesting Washington was considering a temporary suspension of some sanctions on the DPRK in exchange for a nuclear freeze and other concessions.

One trust-building measure, floated in the run-up to February’s Hanoi no-deal DPRK-U.S. summit, could be the setting up of liaison offices by the two countries in their respective capitals — an idea reported to be under consideration.

It remains unclear when working-level talks are set to begin, however: while Secretary of Pompeo previously said he expected the meetings to begin in mid-July, a concrete time frame is yet to emerge.

Asked by NK News for updates on when the talks might resume, a State Department spokesperson on Tuesday declined to comment.

But North Korea appears, at least for now, to be biding its time: following a spate of highly-critical statements from North Korean officials last month, the DPRK and its state media has since the Panmunjom summit refrained from attacking the U.S. or the Trump administration.

Minyoung Lee, a senior analyst with NK News‘s sister site NK Pro, said that this decision was “consistent with its overall behavior since the Singapore summit in 2018” and “suggests that the North remains interested in pursuing diplomacy with Washington.”

“One case in point is the recent DPRK Foreign Ministry Institute of American Studies pronouncement, which criticized only Seoul for the introduction of U.S. stealth fighters,” she said.

“In the past, Pyongyang typically denounced both South Korea and the U.S. when the former introduced weapons from the latter.”

The U.S. is hoping that North Korea will be able to bring a new proposal to expected working-level talks between the two countries, Secretary of State Mike Pompeo said in an interview on Monday, while also seeking to be "a little more creative" with their DPRK counterparts.Speaking in an interview with Sean Hannity, Pompeo also praised last month's impromptu Panmunjom summit between President