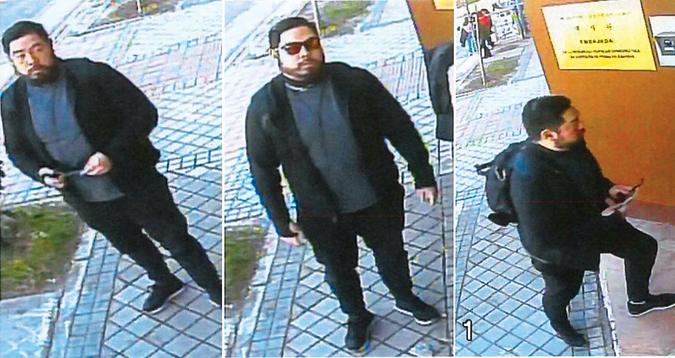 Christopher Ahn, a former U.S. marine who Spanish authorities have linked to the February break-in at North Korea’s embassy in Madrid, was at a hearing at a California court on Tuesday ordered to be freed on a $1.3 million bail.

Ahn — who the U.S. government has asked be held in captivity since his detention in April  — must remain under house arrest pending further proceedings into his potential extradition to Spain.

He will be required to use an ankle monitor, and will only be permitted to leave home for medical appointments and to attend church.

Family and friends who put up the bail, U.S. Magistrate Judge Jean Rosenbluth said, stood to risk losing the money should Ahn, previously described as a “flight risk,” flee.

“I spent a lot of time reading about you and I’m confident you’re going to do the right thing,” Rosenbluth was quoted as having told the former marine, first tied to the mystery break-in at the DPRK embassy in Madrid back in February.

That raid, Spanish authorities have alleged, saw Ahn and others from the “Free Joseon” group forcibly enter the DPRK embassy, before allegedly assaulting and restraining diplomatic staff.

Ahn’s chief accomplice in that raid has been named as Adrian Hong, a prominent North Korea human rights activist now on the run from the U.S. Marshals Service, which has warned he is “armed and dangerous.”

Hong was in April reported to have gone into hiding, with his lawyer Lee Wolosky telling CNN that he “fears for his safety” and repercussions from North Korean “hit squads.”

Under the terms of his bail on Tuesday, Ahn is not permitted to make contact with Hong.

The Free Joseon organization has in recent months steps up calls for U.S. authorities to end their prosecution of the two men, with a recent op-ed written by an unnamed defector-member of the group for Fox News asking Washington to “deny” the Spanish government’s requests for their extradition.

Free Joseon, which has described itself as a North Korean “government-in-exile,” late last month released a video purporting to show the author of that op-ed taking part in the February embassy break-in.

Spanish authorities have charged the organization’s members with a litany of felonies under the country’s criminal code, including breaking and entering, “robbery with violence and intimidation,” and membership of a criminal gang.

Christopher Ahn — listed on Linkedin as now working in “Digital Strategy & Marketing Consulting” — is a graduate of University of California, Irvine and holds a Masters of Business Administration (MBA) from the University of Virginia.

He previously served in the U.S. military in the Marine Corps for six years, seeing action in Iraq at U.S.-run detention facilities in Fallujah and participating in other intelligence-related activities.

He could face over ten years in prison in Spain for his alleged offenses.

In addition to the group’s leaders are a U.S. national called Sam Ryu and a South Korean citizen called Woo Ran Lee, whose whereabouts are unknown.

North Korea has condemned the raid and called for Spanish authorities to carry out a full investigation into what they described as a “grave terrorist attack.”

The Free Joseon group has denied allegations of assault, claiming the raid was non-violent and that they were invited in by the North Korean diplomats

Christopher Ahn, a former U.S. marine who Spanish authorities have linked to the February break-in at North Korea's embassy in Madrid, was at a hearing at a California court on Tuesday ordered to be freed on a $1.3 million bail.

Ahn -- who the U.S. government has asked be held in captivity since his detention in April  -- must remain under house arrest pending further proceedings into his potential extradition to Spain.