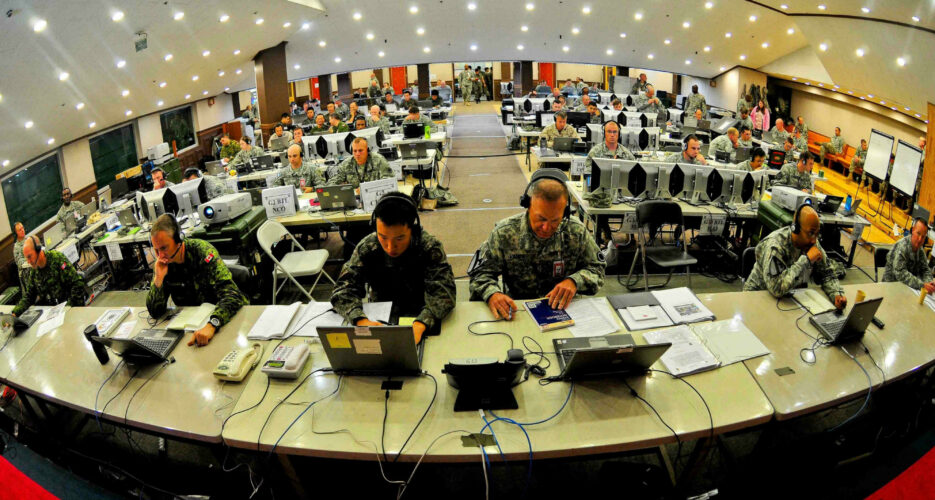 South Korea and the U.S. on Monday agreed to bring an end to the “Freedom Guardian” joint military exercises, first put on hold last year as part of efforts to reduce tensions on the Korean peninsula.

The two were reported to have discussed “ways to work together on issues pertaining to the security situation on the Korean peninsula and major issues of the ROK-U.S. alliance,” a Korean-language joint press statement provided by Seoul’s Ministry of National Defense (MND) read.

“Both ministers agreed on the termination of the Freedom Guardian (FG)-type joint exercise,” the statement said, adding the two ministers have decided to “strengthen communication and cooperation to come up with ways to implement adjusted joint drills to be held later in the year.”

June last year saw South Korea and the U.S. announce the suspension of the annual Ulchi-Freedom Guardian (UFG) exercise in the wake of the first DPRK-U.S. summit.

The South Korean government the following month also said that it would suspend the large-scale annual civil defense “Ulchi” drills as a follow-up measure.

The government-led Ulchi exercise had been staged alongside the military’s Freedom Guardian drill since 2008, with both typically taking place in August.

As an alternative, the South Korean government staged an independent civil defense and military exercise dubbed “Ulchi Taeguk,” between May 27 and 30.

Monday’s meeting also saw Jeong and Shanahan agree that the recent scaled-down Dong Maeng drill had served to “support the current diplomatic efforts and contributed to the maintenance of the unwavering combined defense posture.”

The announcement to end those drills came in March, following the second DPRK-U.S. summit in Hanoi.

“I don’t think it is necessary,” the Acting Secretary of Defense was quoted as having said by Reuters. “I want to make sure that the plan that we put in place is sufficient.”

Monday’s meeting between Jeong and Shanahan came a day after a trilateral defense ministerial meeting between the ROK, the U.S., and Japan on the sidelines of the 2019 Shangri-La Dialogue.

As an outcome of that meeting, both ministers on Monday also agreed that the transfer of wartime Operational Control (OPCON) on the Korean peninsula would go ahead.

In that vein, both approved plans to appoint a ROK four-star general or admiral as the commander of a future Combined Forces Command (CFC) through “close consultation” between the U.S. and South Korean authorities in charge of the issue.

Both sides also “noted the significant strides made towards the fulfillment of conditions” for the transition of wartime OPCON.

During Monday’s meeting, both also reviewed and approved the relocation of the CFC Headquarters to Camp Humphreys, agreeing that this action would “improve the operational effectiveness and combined defense posture of the CFC.”

To this end, the two sides also agreed to flesh out details related to the base relocation through the existing ROK-U.S. joint working group.

Seoul and Washington previously agreed to review preparations for the relocation of CFC Headquarters to a ROK MND-run compound in the joint communique of 50th U.S.-ROK Security Consultative Meeting (SCM) in October last year.

South Korean presidential spokesperson Ko Min-jung reported the two had “reaffirmed the principle that sanctions on North Korea should remain in place until meaningful progress is made in achieving the goal of denuclearization.”

“President Moon emphasized that the alleviation of military tensions on the Korean peninsula and the development of inter-Korean relations are contributing to denuclearization negotiations between the U.S. and North Korea,” she added.

The ROK President also explained the “need for humanitarian assistance including reunion of separated families and food aid,” calling for “close consultation and coordination” between the two countries.

South Korea and the U.S. on Monday agreed to bring an end to the "Freedom Guardian" joint military exercises, first put on hold last year as part of efforts to reduce tensions on the Korean peninsula.