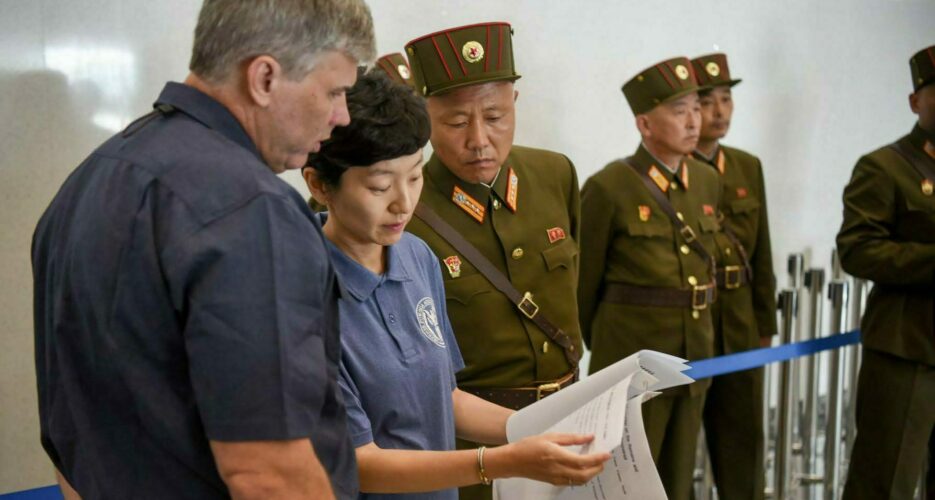 The U.S. and North Korea will not be able to go ahead with joint recovery efforts for remains of those killed during the Korean War this year, according to the Department of Defense’s (DoD) POW/MIA Accounting Agency (DPAA).

While the two countries were set to begin efforts this spring following an agreement made during last year’s U.S.-DPRK summit in Singapore, a representative from the DPAA told NK News that Pyongyang has ceased all communication on the issue.

“DPRK officials have not communicated with [the] DPAA since the Hanoi Summit,” DPAA Public Affairs official Lt. Col. Kenneth Hoffman said in an email Tuesday.

“As a result, our efforts to communicate with the Korean People’s Army regarding the possible resumption of joint recovery operations for 2019 has been suspended,” he continued.

“We have reached the point where we can no longer effectively plan, coordinate, and conduct field operations in the DPRK during this fiscal year, which ends on September 30, 2019.”

The DPAA is, Hoffman added, “assessing possible next steps in resuming communications with the KPA to plan for potential joint recovery operations to be scheduled during Fiscal Year 2020.”

The news comes despite claims from U.S. President Donald Trump on April 26 that remains “continue to come back from the war.”

Last year’s Singapore Agreement between Trump and Kim Jong Un stated that “the United States and the DPRK commit to recovering POW/MIA remains, including the immediate repatriation of those already identified.”

In mid-July, the U.S. State Department said following direct talks at Panmunjom that “both sides agreed to re-commence field operations in the DPRK to search for the estimated 5,300 Americans who never returned home.”

A direct result of those talks was the return from North Korea later that month of 55 boxes of remains that had previously been sequestered by the DPRK.

The DPAA has since identified four individuals from those remains, Hoffman told NK News on Wednesday, adding that they “expect [to identify] several more in coming weeks.”

But while officials from the DPAA and the KPA remained in contact, the two sides have not conducted further face-to-face talks.

DPAA spokesperson Lee Tucker told Voice of America (VOA) in January that his team would brief Trump and other officials prior to the Hanoi summit on “efforts related to the possible resumption of remains recovery missions.”

Tucker said at the time it was “still feasible that joint recovery missions could be planned and executed in the spring of 2019,” but cautioned that efforts were still being made to establish “face-to-face negotiations to reach an agreement on the possible resumption of recovery missions in North Korea.”

Casting further doubt on the chances for joint missions this year, President Donald Trump and DPRK leader Kim Jong Un failed to reach an agreement during the Hanoi summit over any additional steps on the issue.

According to the DPAA, the whereabouts of over 7600 service members who fought in the 1950-1953 Korean War are still unaccounted for – 5300 of which are believed to have disappeared in North Korean territory.

The DPAA lists 33 total joint field activities (JFAs) to recover the remains of U.S. soldiers with the North Koreans, last conducted in 2005.

Meanwhile, joint inter-Korean efforts to recover soldiers’ remains along the DMZ have also been suspended since the Hanoi summit, with the South Korean military going ahead with unilateral operations in late March.

Both the U.S. and South Korea’s loss of contact on the remains issue with North Korea may be part of a larger effort from Pyongyang to shun diplomatic communications following the failure to win much-needed concessions from the U.S. in Hanoi.

North Korean officials have now skipped meetings at the inter-Korean liaison office in Kaesong for ten straight weeks, and several foreign diplomats have also reportedly lost contact with the North over the same time period.

The U.S. and North Korea will not be able to go ahead with joint recovery efforts for remains of those killed during the Korean War this year, according to the Department of Defense's (DoD) POW/MIA Accounting Agency (DPAA).

While the two countries were set to begin efforts this spring following an agreement made during last year’s U.S.-DPRK summit in Singapore, a representative from the DPAA told NK News that Pyongyang has ceased all communication on the issue.